The third day of my week in south-central Texas I took a break from the cities and drove west into the “Hill Country” on a number of what I call my primary scenic roads (the foundation for my trips).  I drove on many of the roads shown on the map below and it took a good portion of the day, but was very enjoyable. 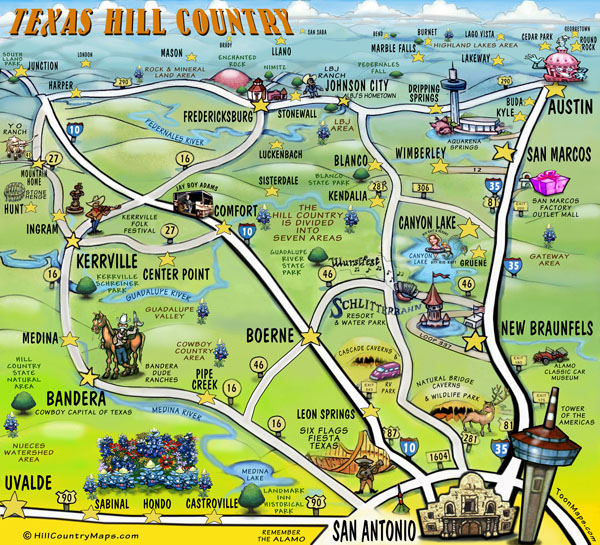 This took me past the LBJ Ranch, about 50 miles west of Austin, the home and favorite place-to-escape-to from the White House for President Lyndon Baines Johnson, so much so that it became known as the Texas White House.  Unlike Mar-a-Lago, lots of work actually got done here… 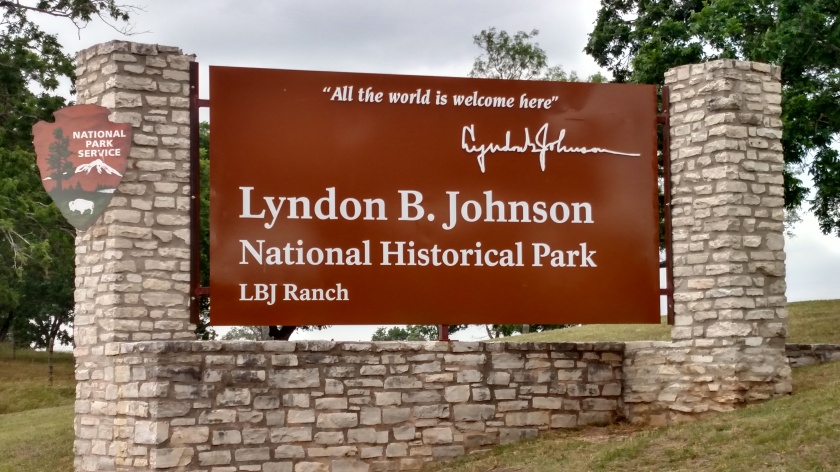 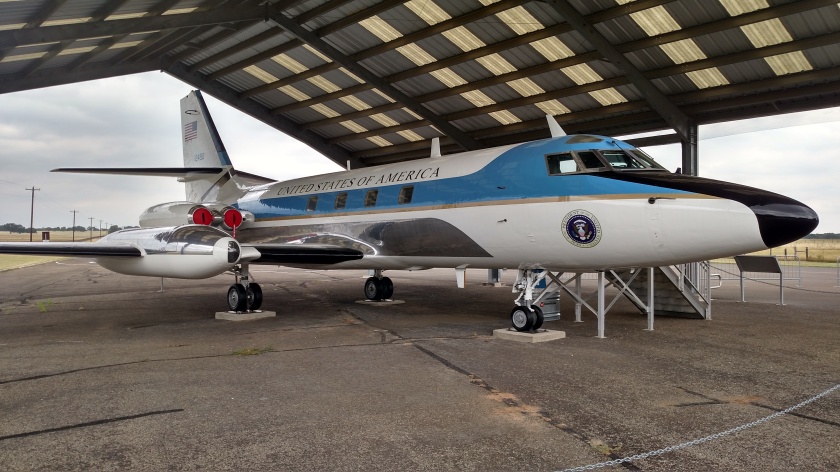 A 12-passenger Lockheed JetStar VC-140.  President Johnson jokingly referred to this plane as “Air Force One-Half”.  The president would fly to either Austin or San Antonio on the 707, then finish the journey on this small jet – considered safer and more efficient than a motorcade. 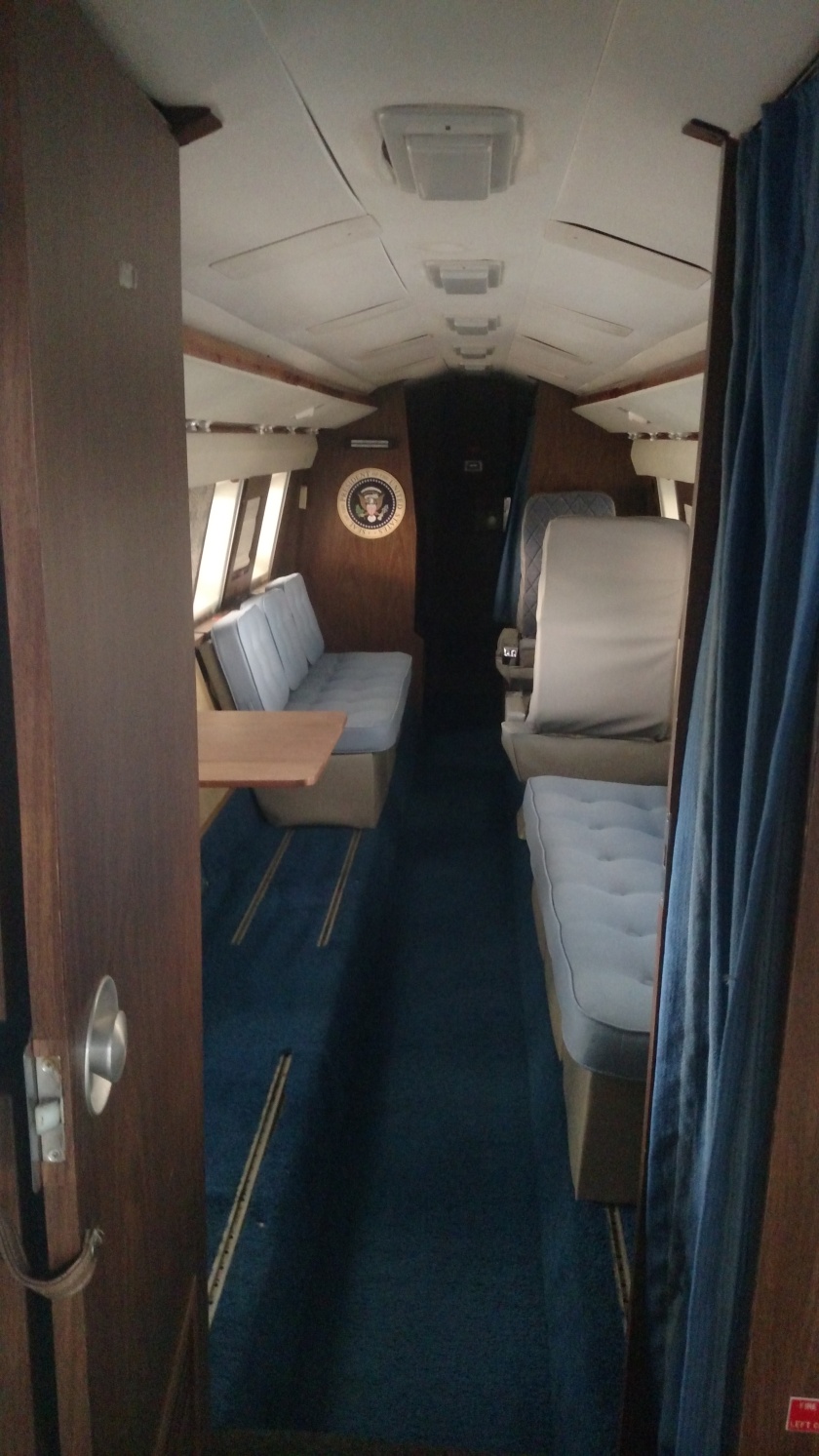 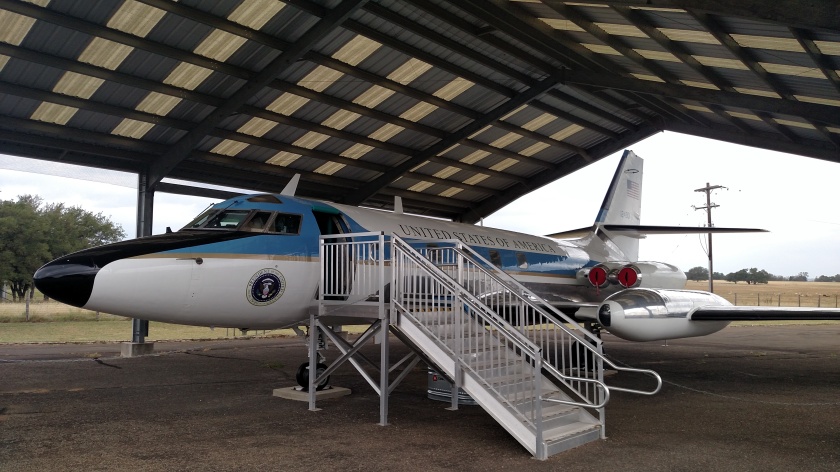 One thing blog readers may not know is that the Air Force One designation wasn’t used until 1953 when a Lockheed Constellation named “Columbine II” carrying President Dwight D. Eisenhower entered the same airspace as a commercial aircraft using the same flight number, creating confusion for air traffic controllers.  To avoid a potential conflict in the future it was decided to change the call sign of any Air Force plane to Air Force One when the president is on board.

After admiring the aircraft I took a tour of the house (no inside photos allowed).  It is very modest but comfortable. 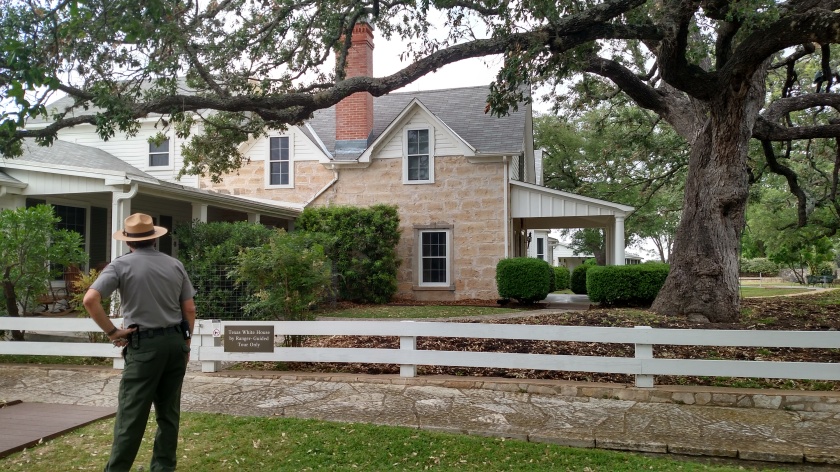 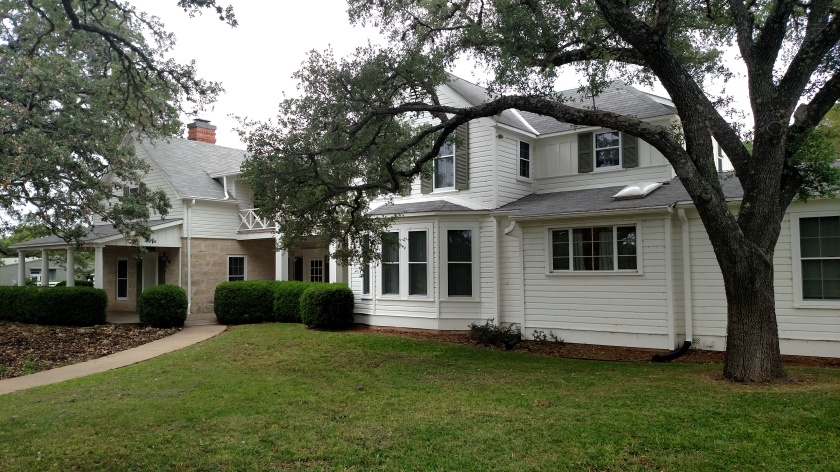 In the gift shop there was also a model of the house: 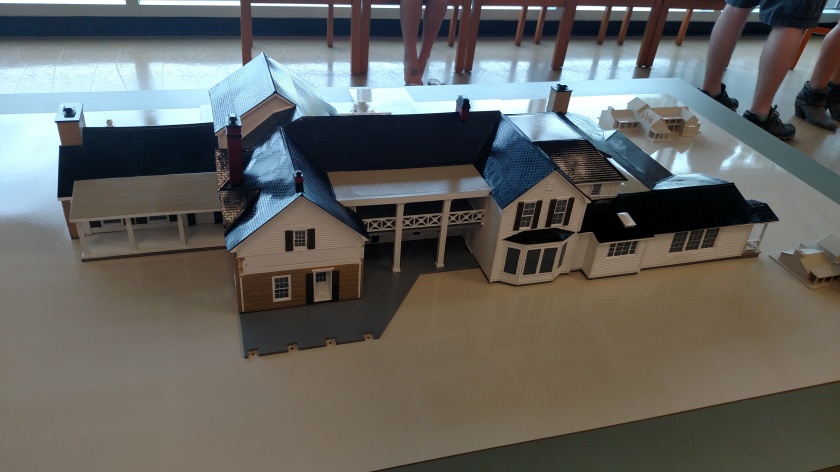 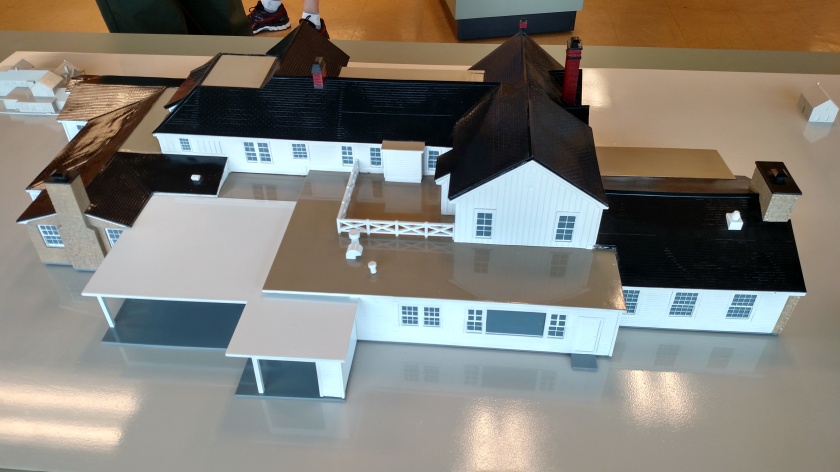 After the tour I visited some of the other displays on the property, including some of  President Johnson’s vehicles: 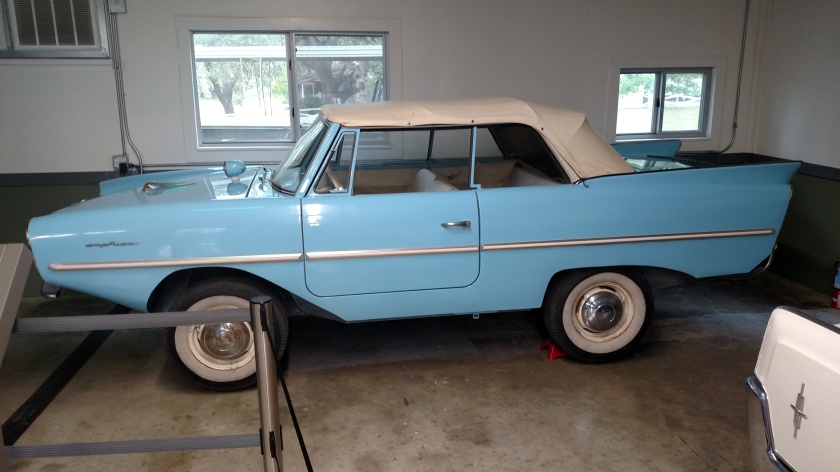 The car above is a 1962 Amphicar, capable of driving on land and floating on the water like a boat (there are propellers in the back!).  Evidently the President liked to drive unsuspecting guests to a local lake and then drive right out onto the lake… 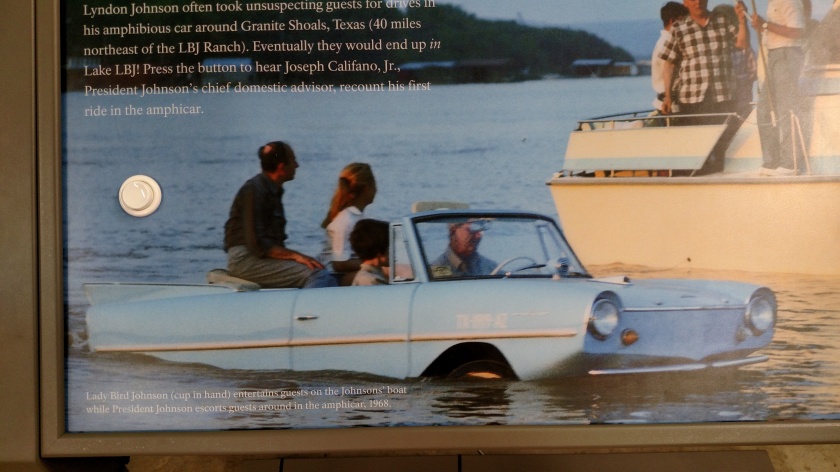 Another of the President’s favorites was his 1934 Ford Phaeton which he considered an all-terrain hunting vehicle: 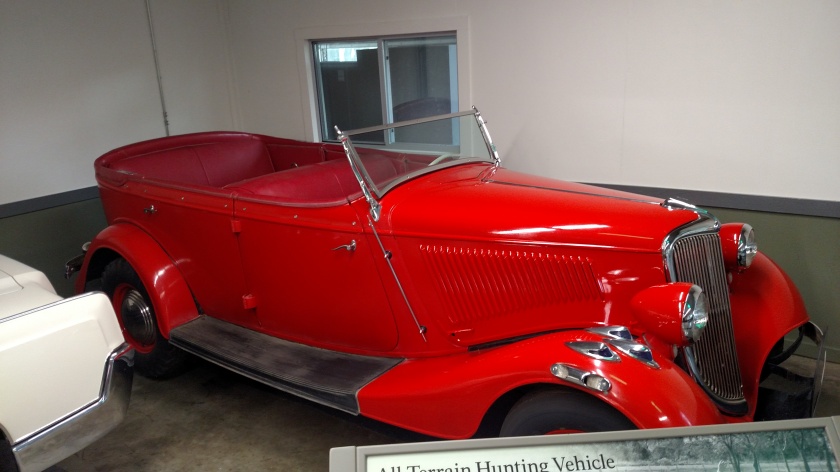 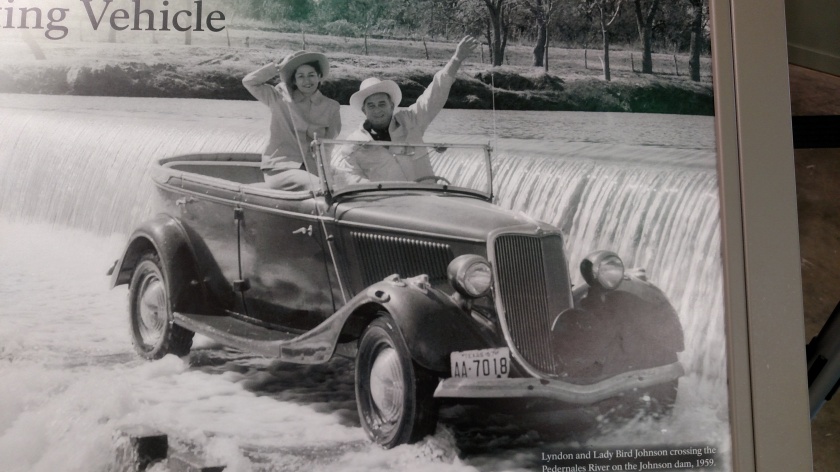 Also in the gift shop were replicas of pillows President Johnson liked to keep in the house: 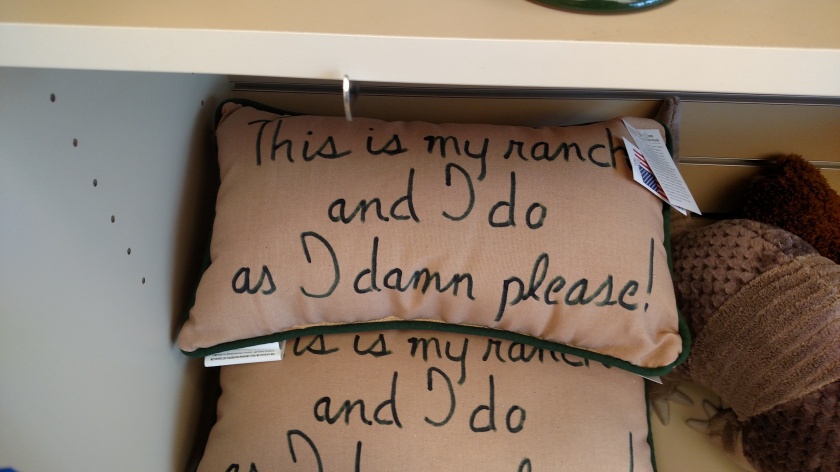 President Johnson and his wife, known as “Lady Bird,” are buried in a small family cemetery a short distance from the house: 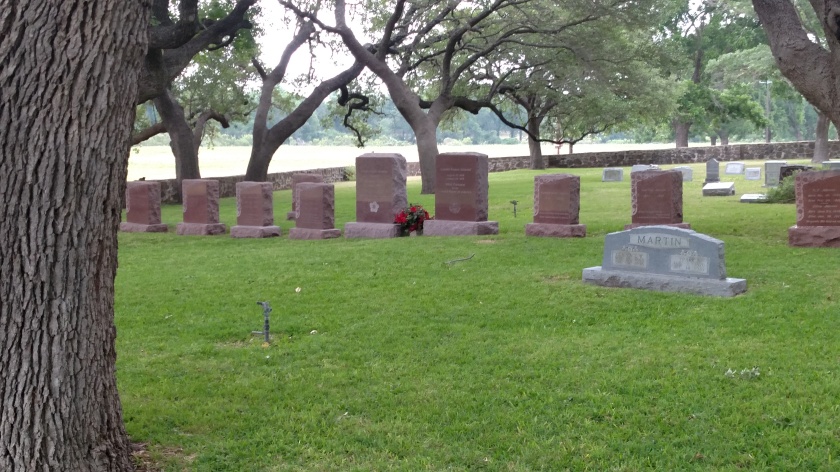 Their headstones are in the center of the photograph above. 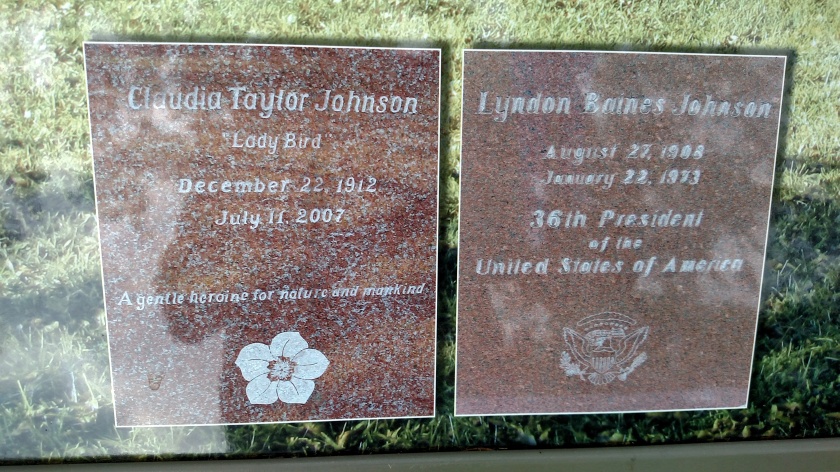 While researching the ranch for this post I learned that in 2018, the year after I was there, the National Park Service discontinued tours of the house due to “health and safety concerns” created by water leakage in the house.  It wasn’t me who left the faucet on upstairs, honest!…

After visiting the ranch I continued my drive on the scenic roads and made a brief stop in Luckenbach, Texas, site of a popular country music venue.  This trip was pre-blog and I didn’t take as many pictures as I would if I were making it today.