I visited Austin two more times while I was in the area, to eat at a few more recommended venues and see one or two more sites.

First, some clouds I saw in the sky while driving back downtown from a great tamale restaurant on the northwest side of town.  I don’t recall ever seeing clouds with “waves” on the bottom of them.  I hope the pictures do them justice: 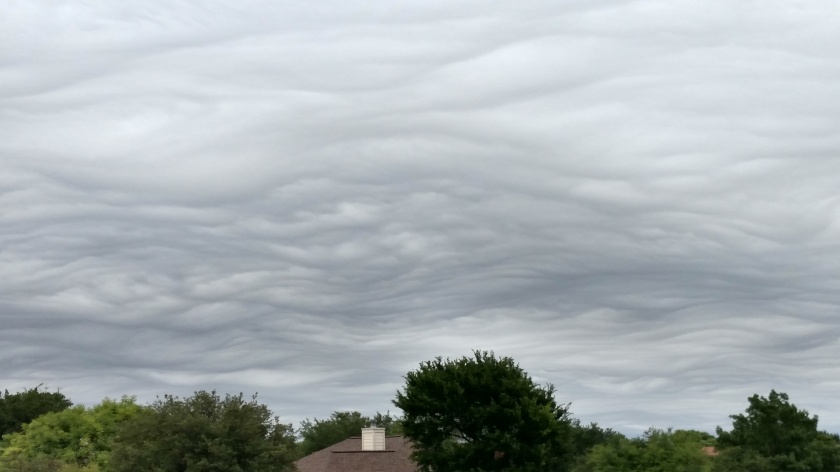 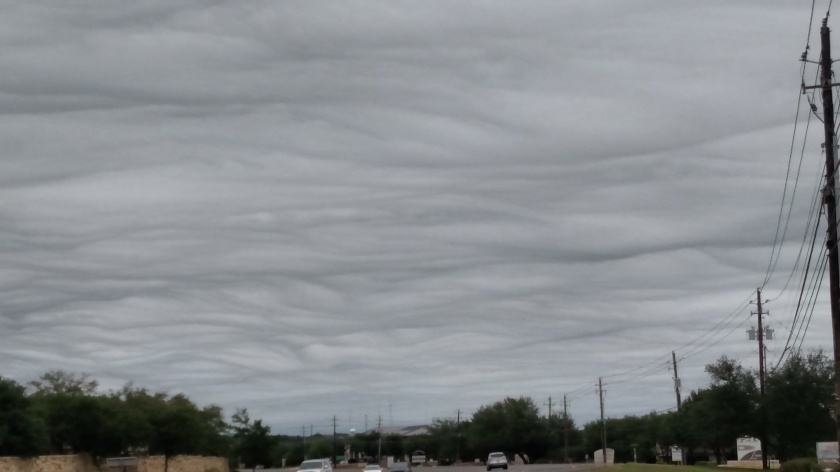 Back in town I visited a few funky stores on a commercial strip south of town.  I saw them earlier in the week while I was in town and wanted to walk up and down that street and stop in a few of them.  That is where I saw this colorful man making balloon animals for kids: 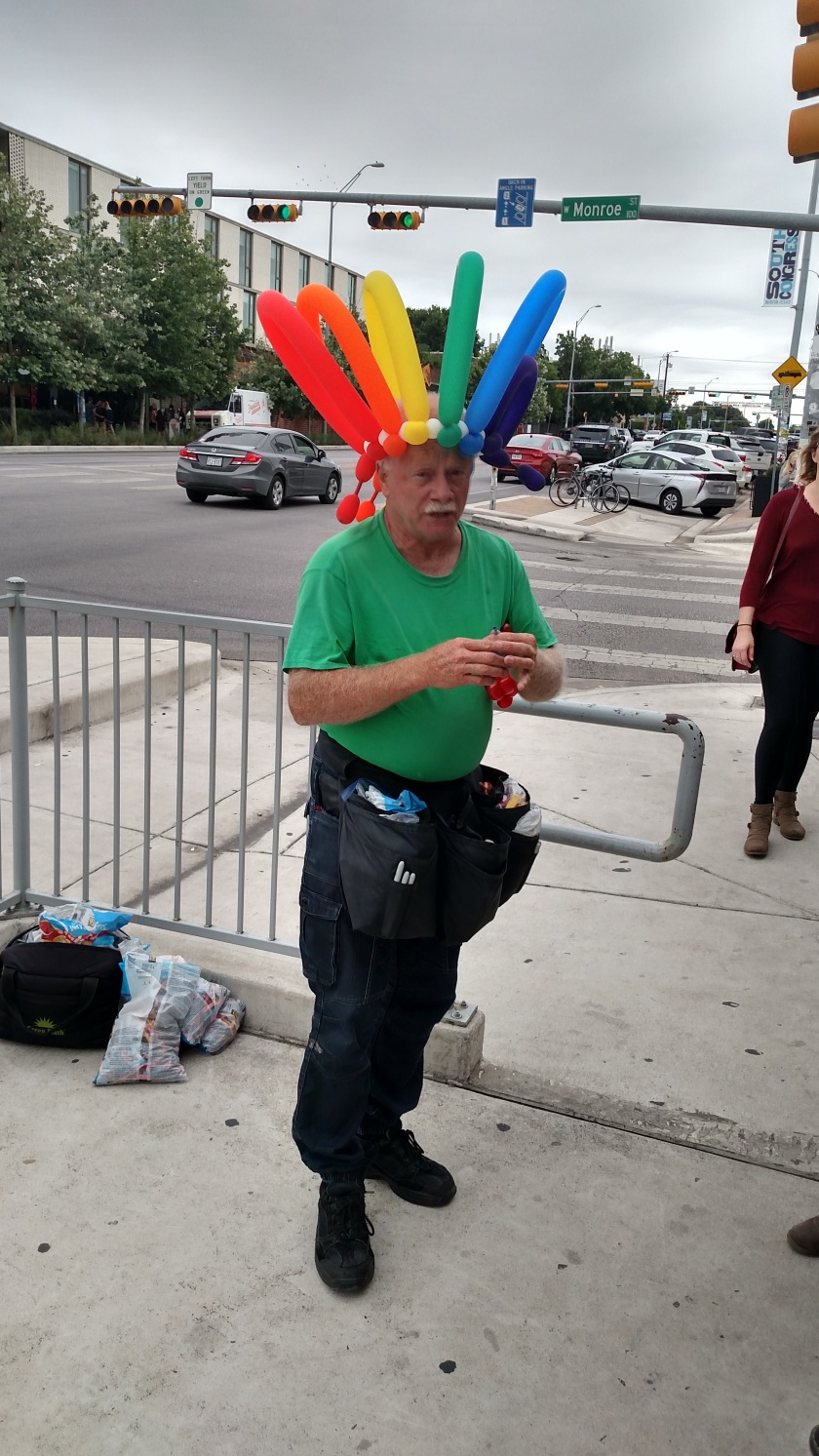 And I saw this t-shirt in one of the more unusual toy stores:

And I saw this large piece of art on one of the side streets:

The last day I was in Austin I visited the Congress Avenue Bridge (now named for Ann Richards, a Texas politician perhaps best known for her witty jab at President George H. W. Bush). This bridge is famous for the roughly million and a half Mexican free-tailed bats who live underneath it during the day and come out to hunt for food at night.  The nightly (March through early Fall) ritual is viewed by thousands of people each year.

This sculpture was up at street level approaching the bridge from the south: 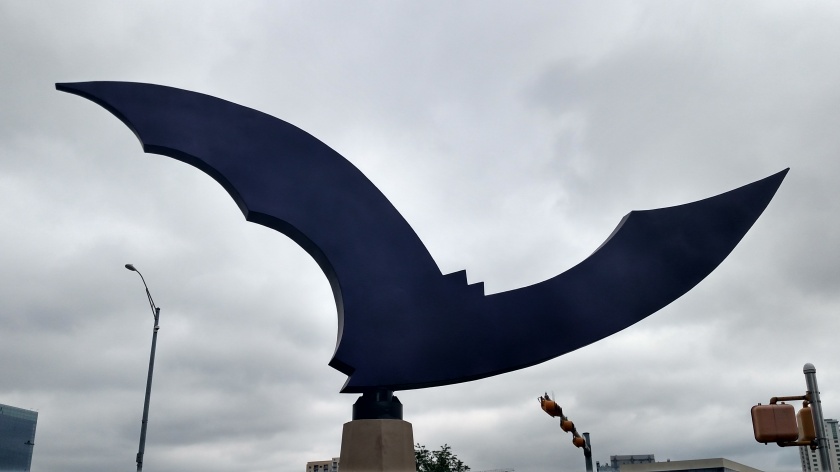 I knew about the bat flights but chose not to stick around to see it happen at sunset and then have to drive back to where I was staying.  Here are some photos of the nightly ritual I found in a park under the bridge.  If you are interested in seeing video of the bats in flight there are several of them on YouTube. 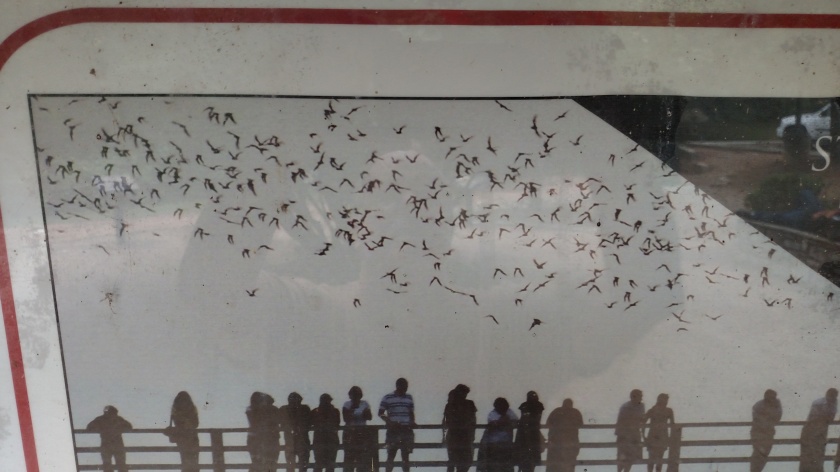 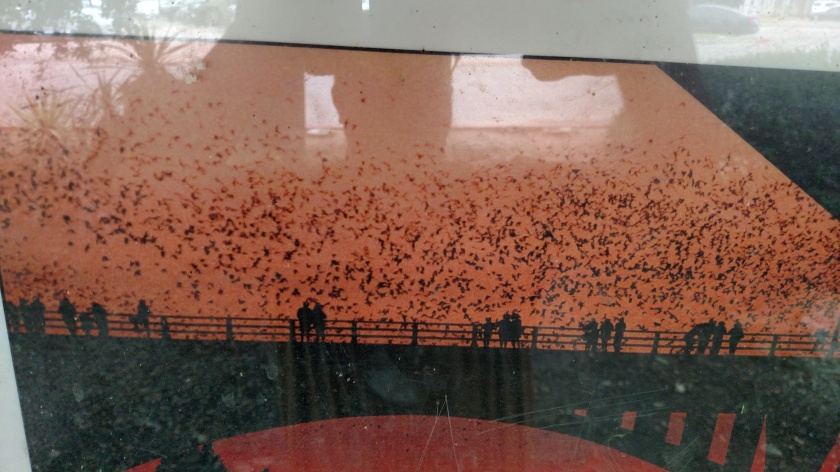 Part of my final day was also dedicated to doing more mundane tasks such as laundry and having some routine car maintenance performed.