On day five of my trip to south-central Texas I headed north towards Austin.  First thing in the morning I actually headed east from where I was staying in Buda to the town of Elroy to tour the beautiful Formula 1 racetrack called “Circuit of the Americas” near there.

Here are more photos taken during my “private tour” of the facility.

These are views from the main grandstand on the front stretch, where the races start and finish (race vehicles traveling counter-clockwise).  There are also private suites on the top level which I am standing in front of. 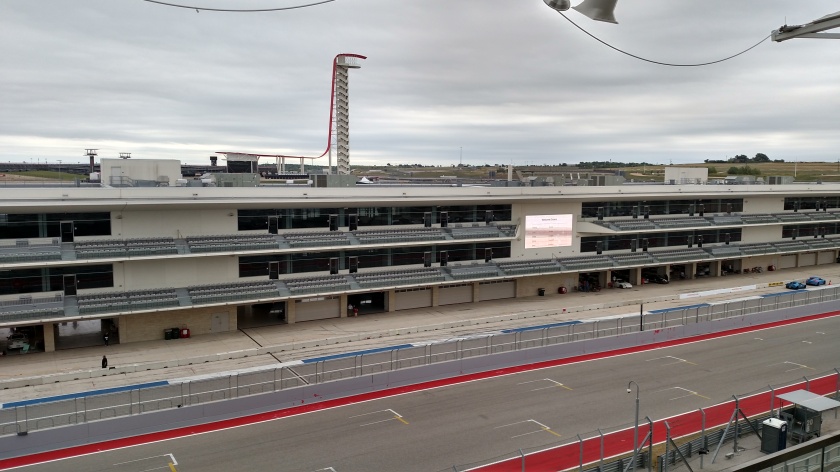 We then went through a tunnel under the track surface to the infield where we’d visit other parts of the facility.  First stop over there – Race Control.  They were running a small event for the Porsche Club so there was only a small crew of officials working there.  Believe me, on a major race day it would be packed and visitors wouldn’t get near the place.

Race Control has monitors which can view every part of the track and officials have radio contact with track and safety workers at areas all around the track.

As we walked through the corridors of the building inside the track (which houses hospitality suites, offices, and has garages at ground level) I saw this photo of the Observation Tower lit up during a night race.  If you look closely you’ll see the reflection of me taking the picture and my trusty tour guide standing next to me.

Here is a better picture of her (sorry, I don’t recall her name) standing in Victory Lane (in F1 they call it “the podium” and is occupied by the top 3 race finishers, like at the Olympics).  She is standing next to a life-sized cardboard standup of Lewis Hamilton, my favorite F1 driver.  They had standups of most of the drivers so visitors could have their photo taken with their favorite.  She took one of me but it will never see the light of day… 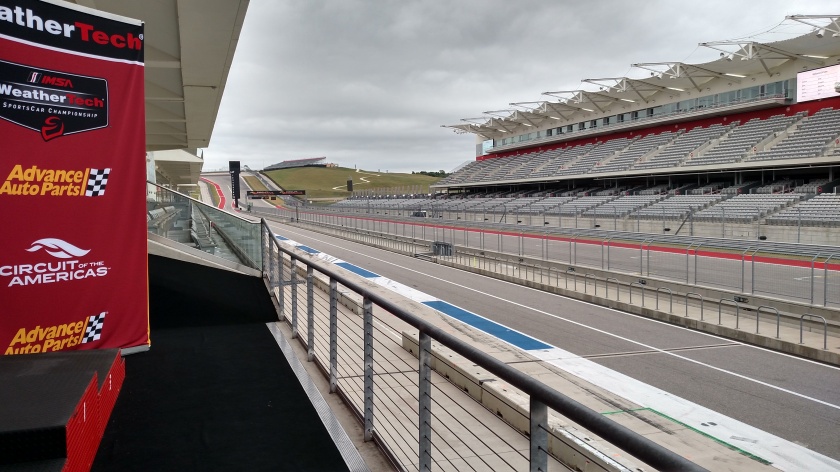 Before we went back outside the track we saw a small, permanent music amphitheater located behind the Observation Tower. 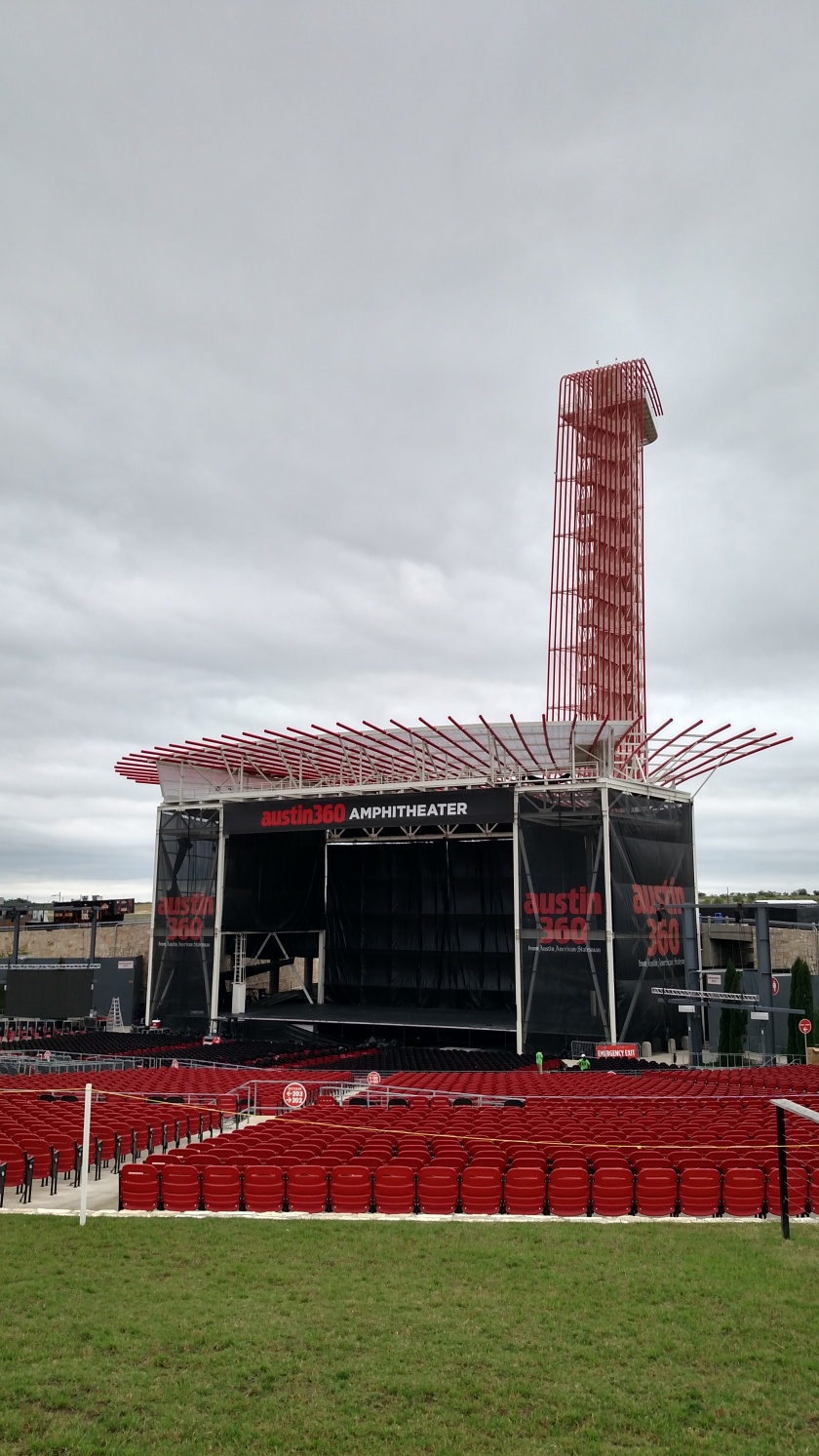 For bigger concerts a big stage can be constructed between turns 11 and 12 (across from 9 & 10, near the letter H, but inside the track).

And finally, one last view of a car on the track before I left. 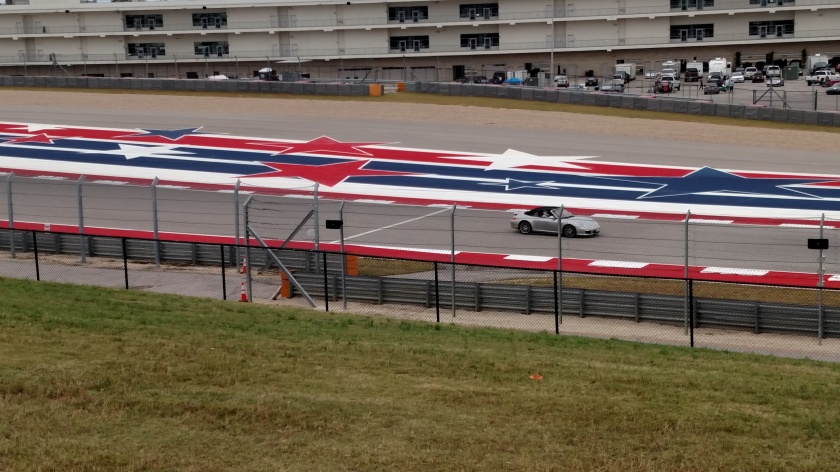 This tour, and the chance to see this gorgeous facility up close, is definitely on the short list of the many highlights of my recent trips.

If you want to watch this year’s F1 race from COTA tune to ESPN on Sunday, November 3 at 2pm Eastern time.  This track now hosts the IndyCar series as well.  They had their inaugural race back in March.  I doubt if NASCAR will ever race here.  There is an ongoing dispute between the sanctioning bodies as November 3 is the same date they run the Fall race at the NASCAR track up in Fort Worth.  Although they probably draw totally different crowds, Bruton Smith (who owns Texas Motor Speedway) is not at all pleased that they run the Formula 1 race in Texas on the same day, at overlapping times.