Back on September 17 I visited “The Henry Ford,” a museum in Dearborn, Michigan which highlights invention and innovation.  It isn’t just the history of the Ford Motor Company, in fact there are many automotive brands represented in the various displays, in addition to trains, aircraft, farm machinery, motors and mechanical devices, electronics and things which many of us use everyday.  Today I am posting around 20 photos from that visit and tomorrow I will post about 30 more. 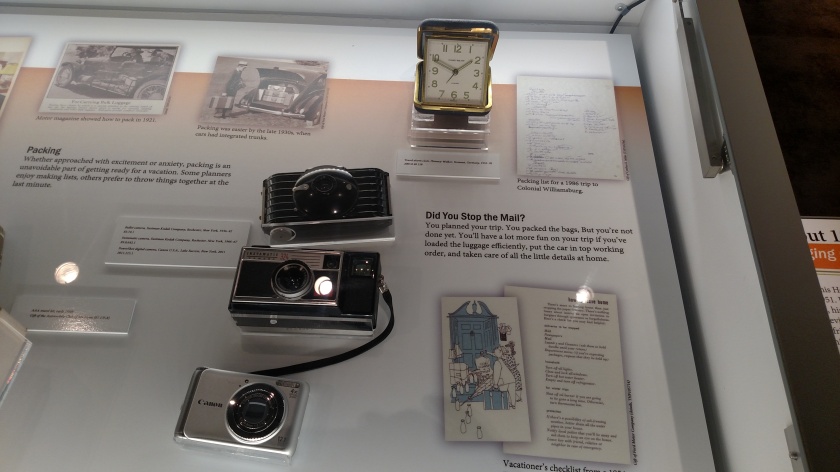 I used to have a fold-up “travel clock”, Kodak instamatic camera and Canon digital camera like those in the photo above.

As a kid in Chicago, we used to have this game (or one like it) for our road trips to Wisconsin and train trips to West Virginia to visit my grandparents.

I still have an iPod Nano like the one shown above.

As many of you know, I am a big NASCAR race fan.  The ‘SC’ in NASCAR stands for stock car.  The photo above is of a true “stock car,” which only had safety modifications, such as a roll bar, added to it (and I’m sure the motor was souped up over what one would get in a car purchased from a car dealer).  Note the stock metal bumpers and grill in the photo above, and the stock steering wheel, dashboard and padded bench seat (!) in the photo below.

Below, on the other hand, is a more modern car raced on the NASCAR circuit which is a “built from scratch” RACE car.  High tech chassis, custom made sheet metal (which only resembles a “showroom” car), custom made dash with only essential gauges, removable, padded steering wheel (the driver climbs in and out the open “window”) and “custom-fit to the driver” seat. 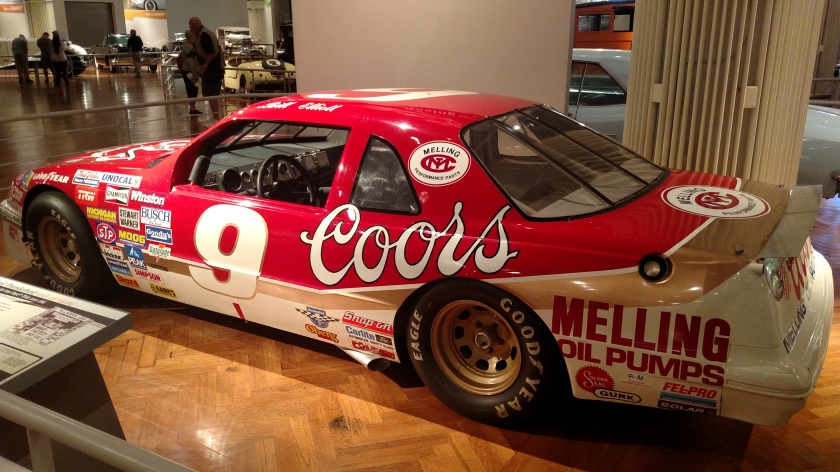 This car is here because it recorded the fastest-ever lap in an official NASCAR event.  In one of the two 1987 races held in Talladega, Alabama this car ran a qualifying lap of 212.089 mph!  During the actual race, however, Bobby Allison was involved in a horrible accident in which his car became airborne and almost went into the spectator grandstand.  As a result of that incident, NASCAR mandated a “restrictor plate” that was used in future races to slow the cars down at certain tracks to reduce the risk of a catastrophic event which might injure or kill spectators.

In 1985 Bill Elliott drove a car like this at Talladega and came from almost two full laps down (behind) to lead and ultimately win (I was there!), all without the aid of a yellow caution flag.  I was sitting out near turn 4 and believe me – his car absolutely flew (although not literally).  The average speed of that race was a whopping 186.288 miles per hour.  In 2016, AFTER the restrictor plate was required, the average speed was “only” 140.046 mph.