That phrase generally applies to real estate.  In this application, I saw something the morning that I left Gaspé to drive north and west around the northern edge of the Gaspé Peninsula and when I went back to get my pictures I discovered I could get 3 completely different shots by just standing in different places. 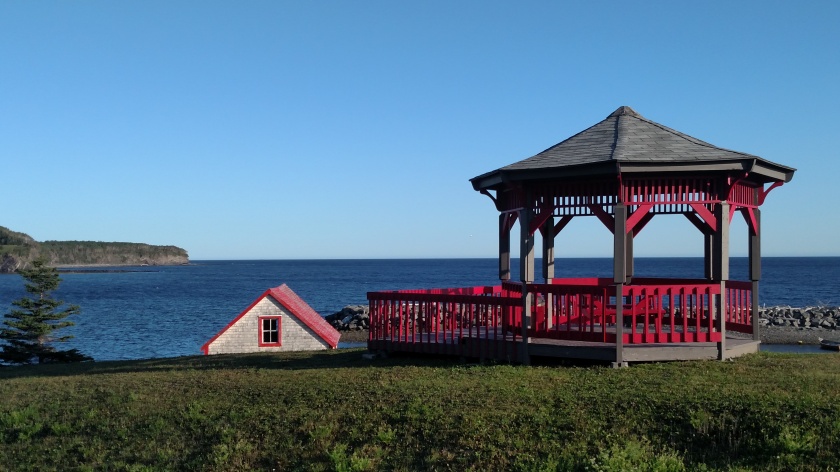 I arrived home in Durham Tuesday night after spending some bonus days with my youngest brother, sister-in-law and niece in Cleveland, Ohio.  I have some errands to run but will be posting more later today.  With Hurricane Dorian approaching it looks like I’ll have 2 indoor-days to try and get lots of posting done!  Based on it’s projected path it sounds like Durham will get a bunch of rain but not much wind.  I just hope the power doesn’t go off.  Sometimes minor wind will bring down trees whose root system has been weakened by earlier rain events.