That cryptic name and location describes something I saw which is a little out of the ordinary.  As I continued driving west along the northern edge of the Gaspé Peninsula I saw this object off in the distance: 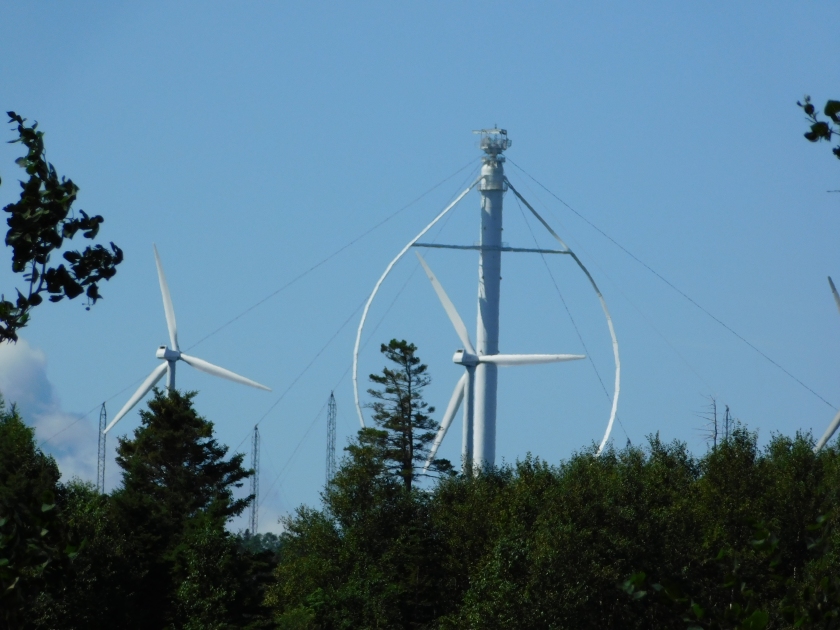 Nothing unusual about the wind turbines in the foreground – it’s the large object in the background which caught my eye as I was driving.  As I drove I started to form thoughts about what I’d say about this object.  I was going to describe it as “new technology” but as it turns out that isn’t true at all.

The object you see above is a VAWT – Vertical Axis Wind Turbine.  It was, and still is, the largest one ever built.  Construction started in 1984 and it was put into service in 1987.  Unfortunately it’s productivity was short-lived.  It was taken out of service in 1993 as problems developed with the “large and expensive bearing” which allowed it to rotate and it remains “parked” in it’s present configuration.  éole (all lower case) is a water company which may have helped develop and fund the project (they have other windmill devices to draw water from the earth).  Eole is also the French word for Aeolus, the mythical Greek “keeper of the wind”.

I stopped and took photos several times the closer I got to this huge wind turbine.

As it turned out I was able to drive right up to the base of it!

This is the base which allowed it to rotate atop the concrete building:

This is the observation platform at the top: 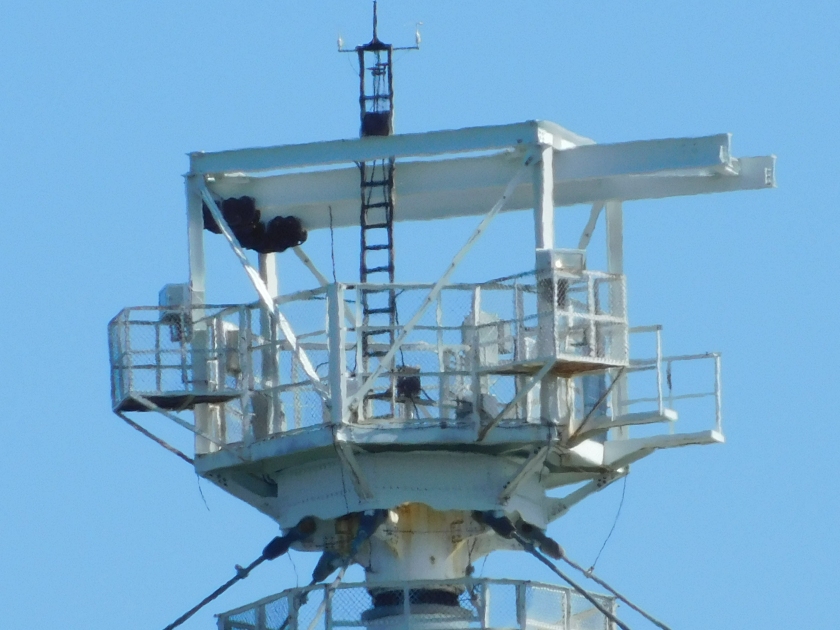 The turbine is 315 feet tall and the sides which used to rotate are 215 feet across.  It appeared to be much taller than that because it was built on a hill higher than the conventional wind turbines which surround it.

There were a few people milling about while I was there and there was a small food truck selling drinks and snacks.  Signs indicated that trips up to the observation deck were available for a small fee but I didn’t see anyone up there and I’m afraid of heights so you couldn’t get me up there at gunpoint.  The sign at the entrance indicated that to get up there you’d need to climb steps.  Uh, no thanks.

This was the view of the side road I had taken to get to the facility entrance.  Hard to tell from the photo but this road slopes steeply downhill towards Route 132 which runs parallel to the coast and which I had been on all morning.