If some of this post looks and sounds familiar it is because much of it appeared as part of the “Reverso” post back when it actually happened.  I have now caught up to post the day’s activities in the sequence they actually occurred.

After spending the night in Rivière-du-Loup, QC which is on the Gaspé Peninsula on the south side of the St. Lawrence River, I took a ferry across the river.  My destination was Québec City but it was only a short distance away.  It was a beautiful day and I wanted to traverse some scenic roads to see more of the province before arriving in the city. 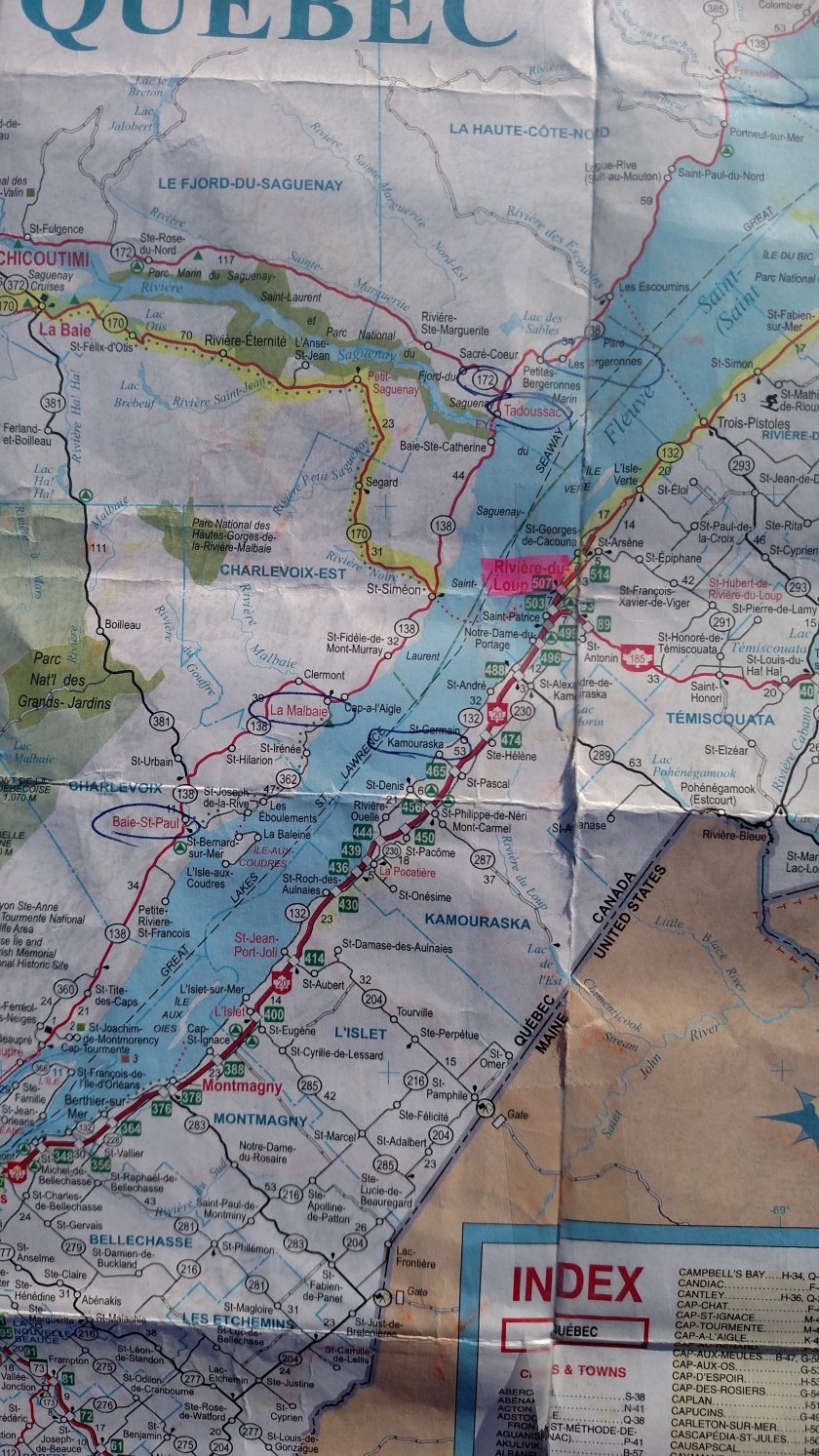 When discussing my route with my Airbnb hosts up in Quirpon, NL they suggested that after I cross the river I backtrack northeast on the north side of it to see some neat little towns and enjoy the views.  So first thing the morning after I arrived I went to a Tim Hortons to get coffee for the boat ride.  I should also mention that the magic of Tim Hortons has been somewhat diminished when I learned that the chain, co-founded by popular Canadian hockey player Tim Horton, was sold in 2014 to Burger King.  Canadians say that the quality of the food and customer service at Tim Hortons has really declined since the chain was sold.  I still like their coffee and timbits, and I wish I had a dollar for every Tim Hortons I went into during my trip just to use their free wifi.

Coffee in hand (actually in my stainless steel mug which was in my hand) I drove to the ferry dock in Rivière-du-Loup to board the ferry, bound for Saint-Siméon on the other side of the river.  After crossing I would drive northeast along Route 138 until I reached Forestville, then reverse direction and drive all the way southwest to Québec City.  It was a beautiful morning and the water, both at the dock and on the very wide river itself, was extremely calm. 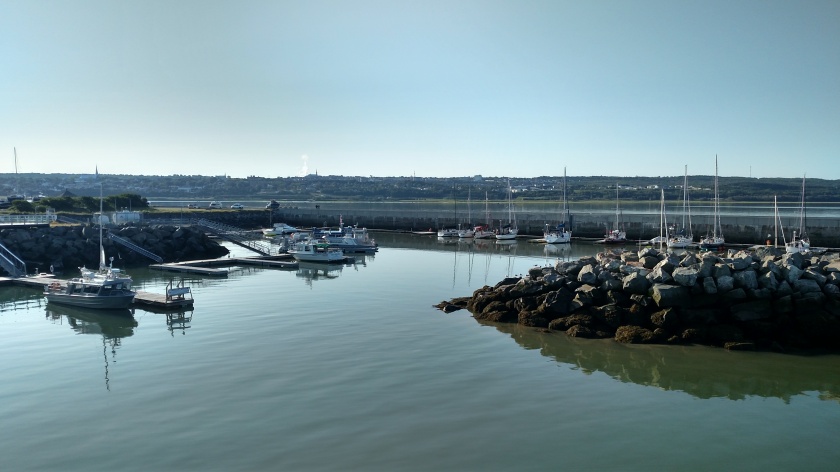 The ride would take a little more than an hour.  I spent some of that time organizing paper-receipts for daily expenses and updating my records.  Ever since I quit working full time I have tried to keep track of every cash expenditure to help control my budget.  Once that was complete I went outside to enjoy the scenery during the last part of the ride. 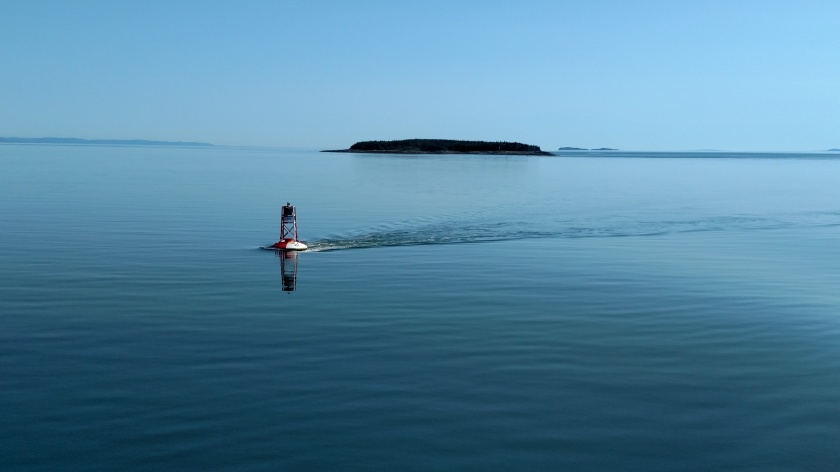 The photo above is of a buoy we passed.  The “wake” generated by it is caused not by it’s movement but by the force of the river flowing past it.  Turns out it was significant to our ship’s crew as it marked the point at which we turned to approach the dock in Saint-Siméon. 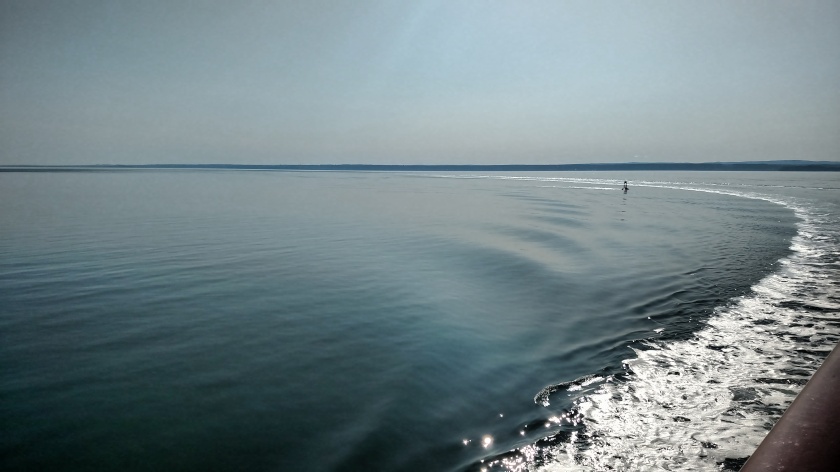 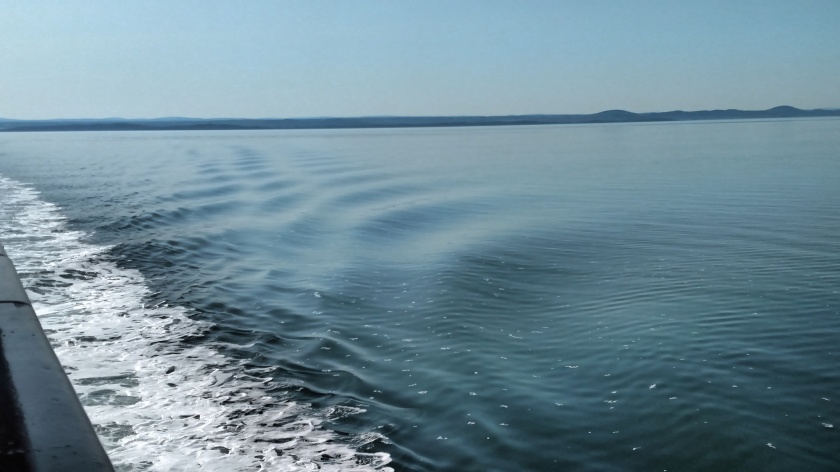