Here are more things I saw Friday as I walked around “Old City”:

These cannons were down by the St. Lawrence River.  Québec is ready in case Trump gets the bright idea that he wants to buy Canada… 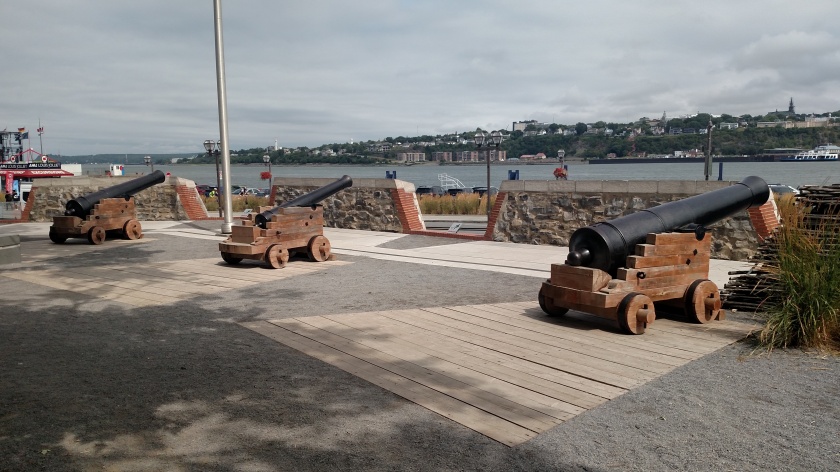 This is the lower part of a “Funicular,” a little tram-like car which traverses a steep track going either up or down the hill.  Two cars are connected and as one goes up the other one goes down.  The majestic Château Frontenac hotel is located at the top of the hill.  You’ll see the top level of the Funicular in another post in the next day or two.

A clever use of old terra cotta flowerpots:

The sign below is part of the “Comedi Ha!” music festival which was being held at various venues around town.  Too bad there wasn’t a single person around to take a photo of me poking me head out of the cutout  (** rolling eyes **)…

The photo below is of a large picture frame set up around a swinging chair.  I took several pictures of couples or families sitting on the chair (using their cameras, obviously). 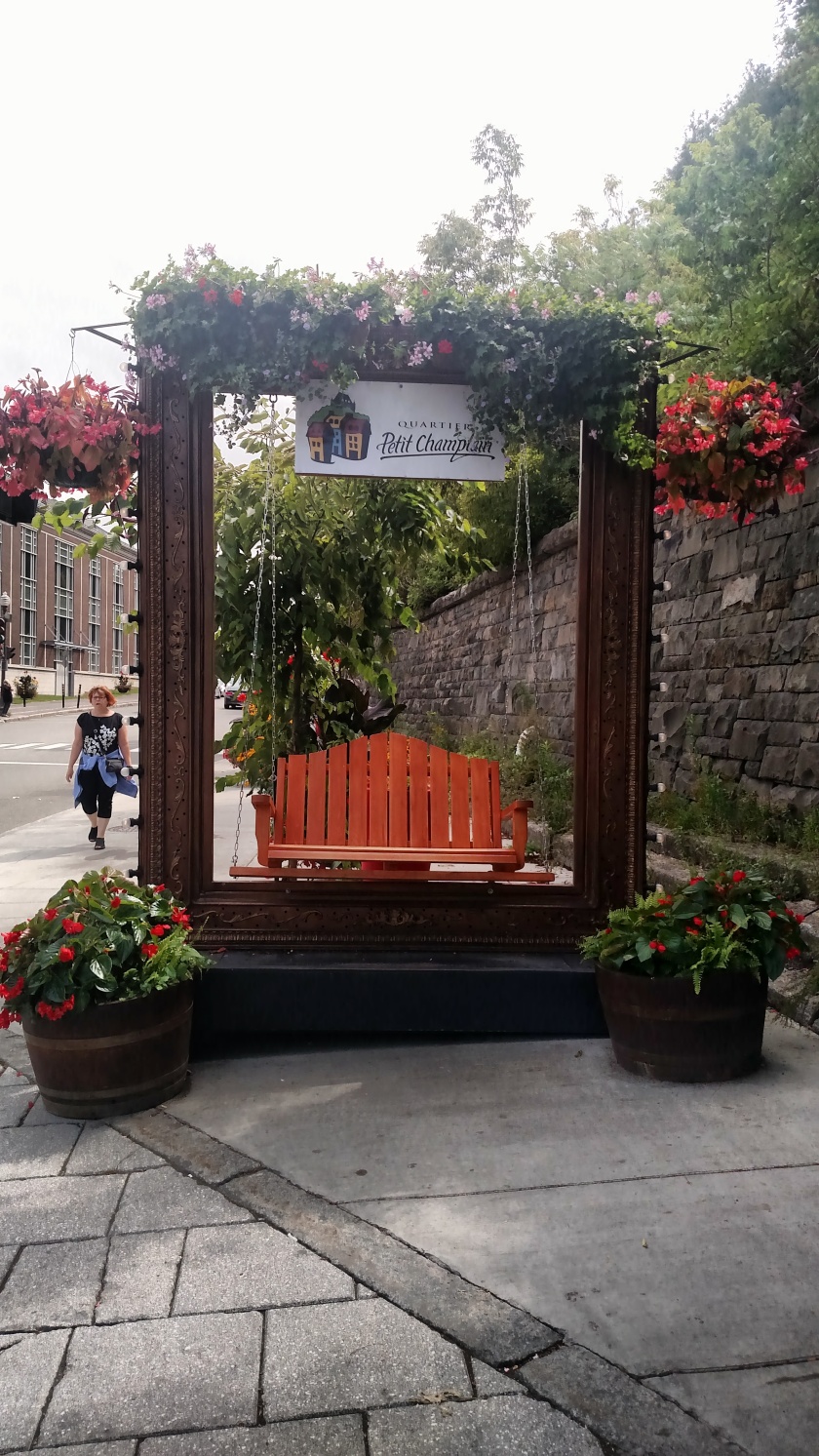 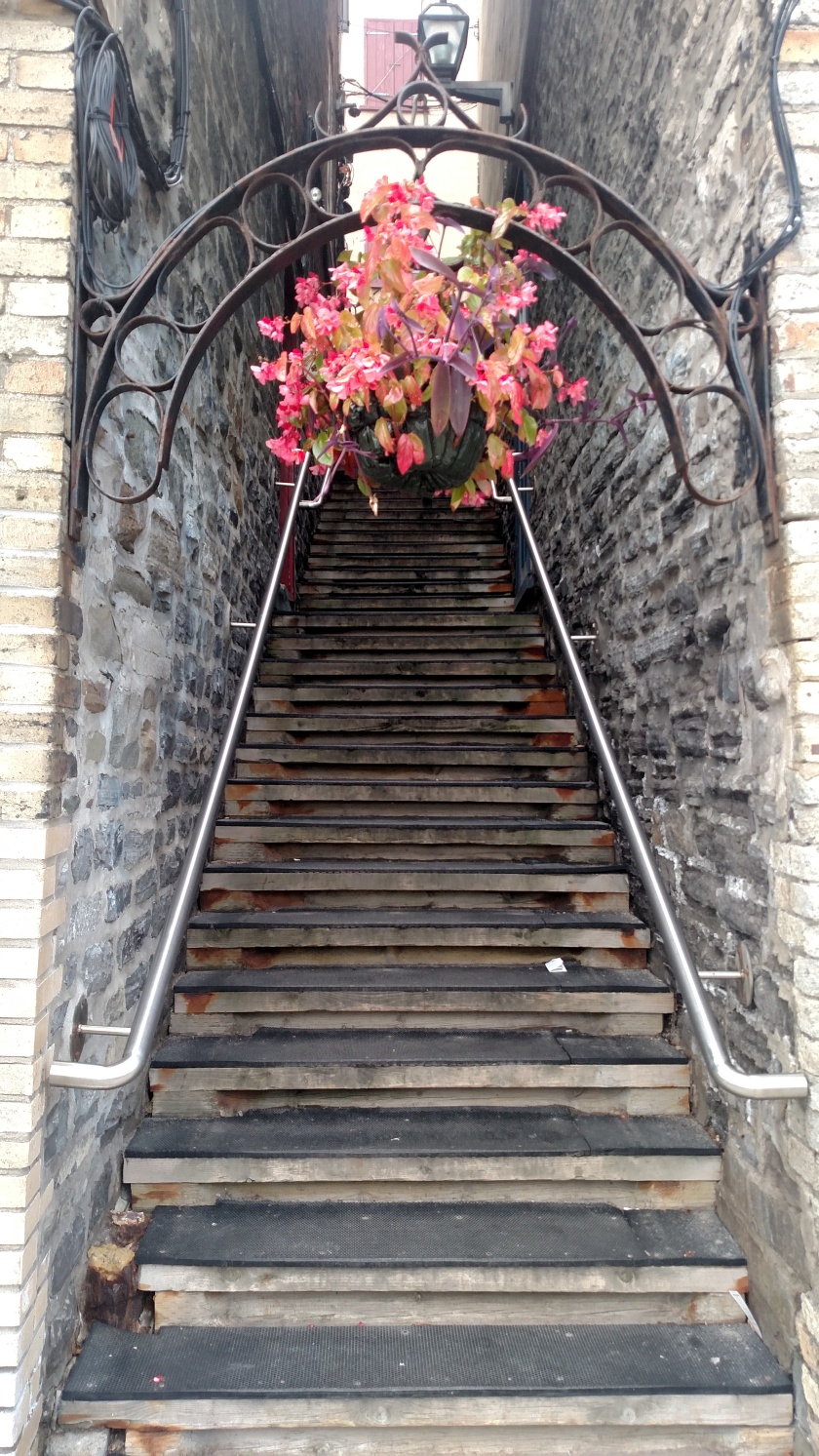