After my moose encounter I continued on to Mont Tremblant, a small ski village in the foothills of the Laurentian Mountains.  Shortly after I resumed driving I could see the mountain off in the distance to the right of the road I was on. 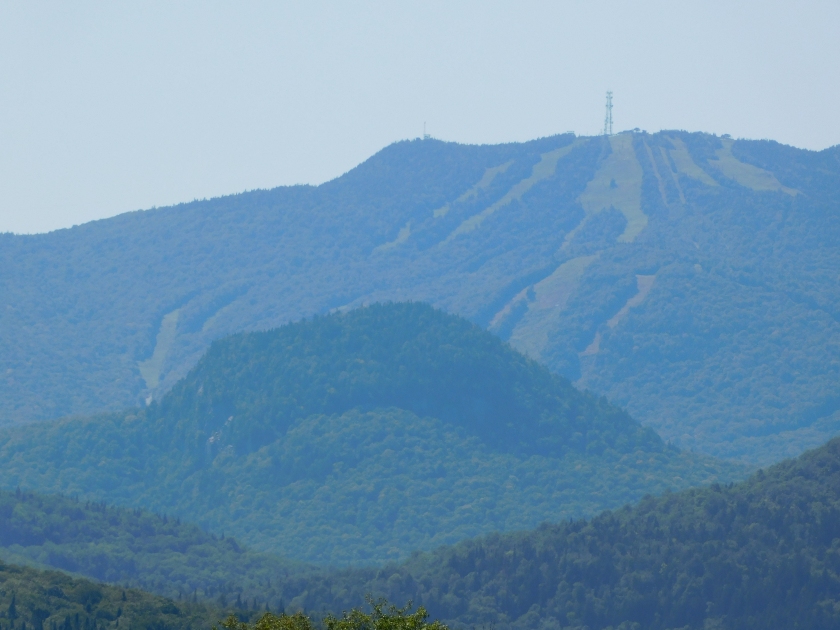 I made my way out to a main highway and drove a short ways north before exiting towards the village.  I stopped at a Visitor Center near the highway for a local map.  My visit there was short-lived as the village had hosted the Ironman competition a few days earlier and the town was still packed, there were no parking spaces and there were long lines of people waiting for shuttle buses to schlep them around.  I had no idea where I was or where I wanted to be so I decided to just skip it and come back again next year.

I did drive around a bit but never got out of my car other than to take a few photos. 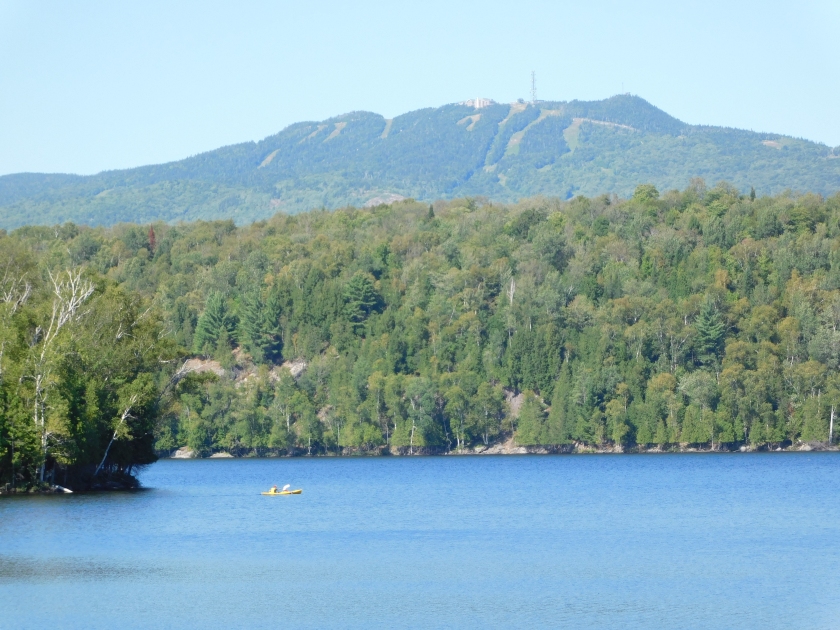 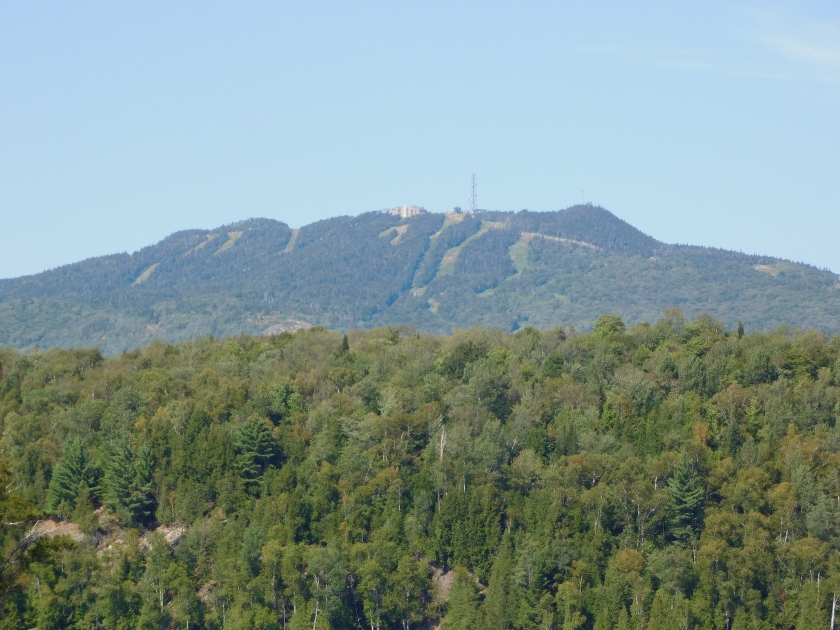 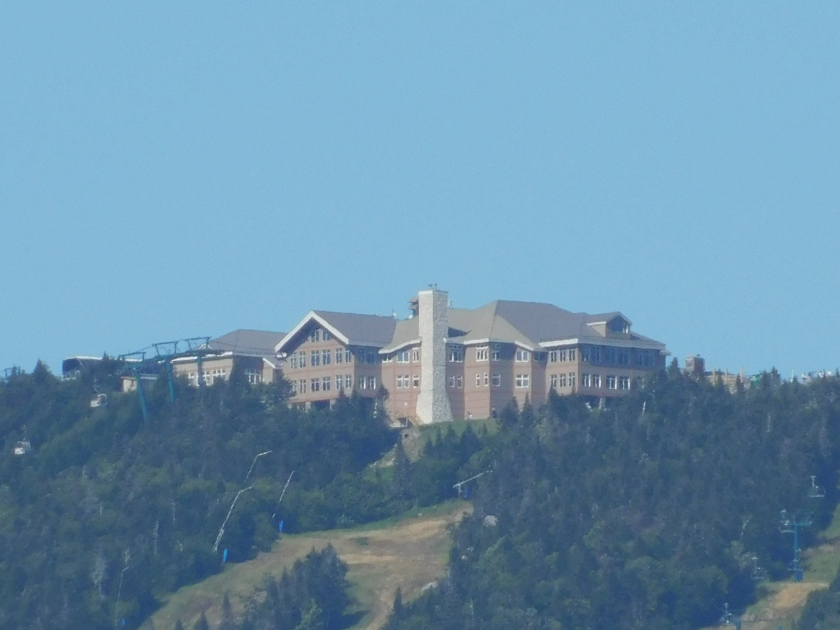 This was the closest I got to the village itself:

I drove back out to the highway and started making my way south towards Ottawa, where I would be spending the next three nights.  As I drove south on Highway 323 I saw this large SnowCat blocking one of the entrances to a restaurant/golf course parking lot: 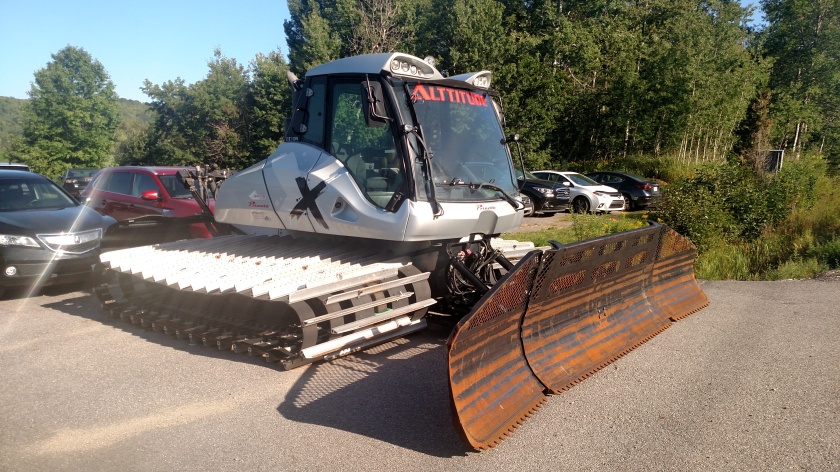 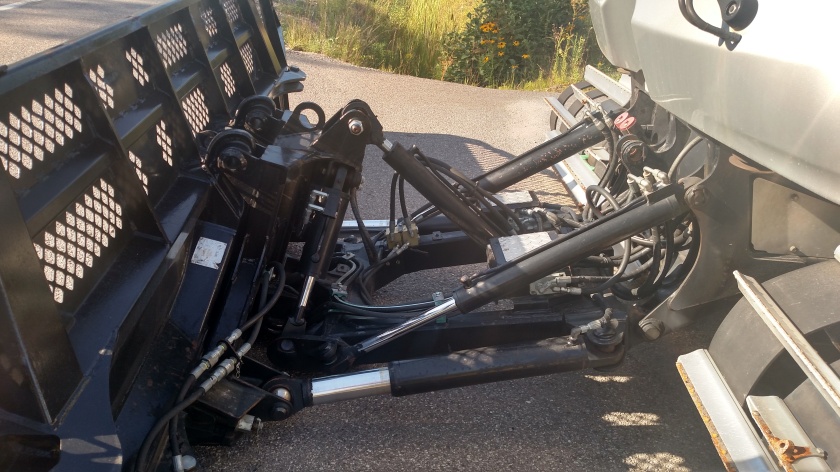 I continued to follow the guidance offered by GPS 4.0 and soon boarded a ferry for a quick trip across the river to Ontario province. 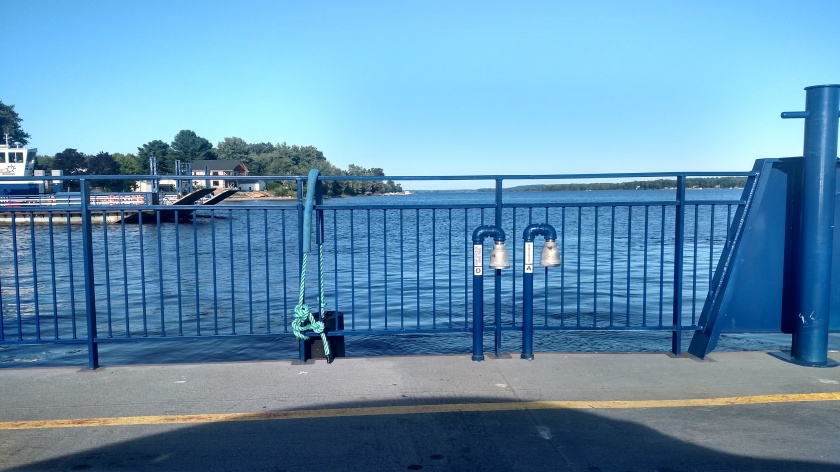