I haven’t posted a map of downtown Ottawa because I knew I’d be posting pictures of this metallic map I found near the art museum: 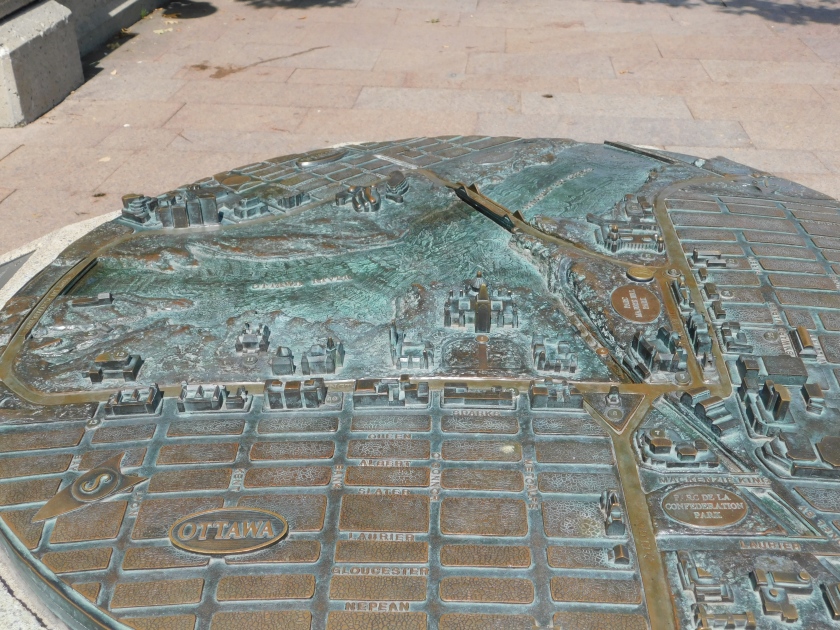 Pretty much everything I have posted in the past three days are from the north and east sides of town, or the right side of the first photo above.  I have “zoomed in” to that portion in the photo below: 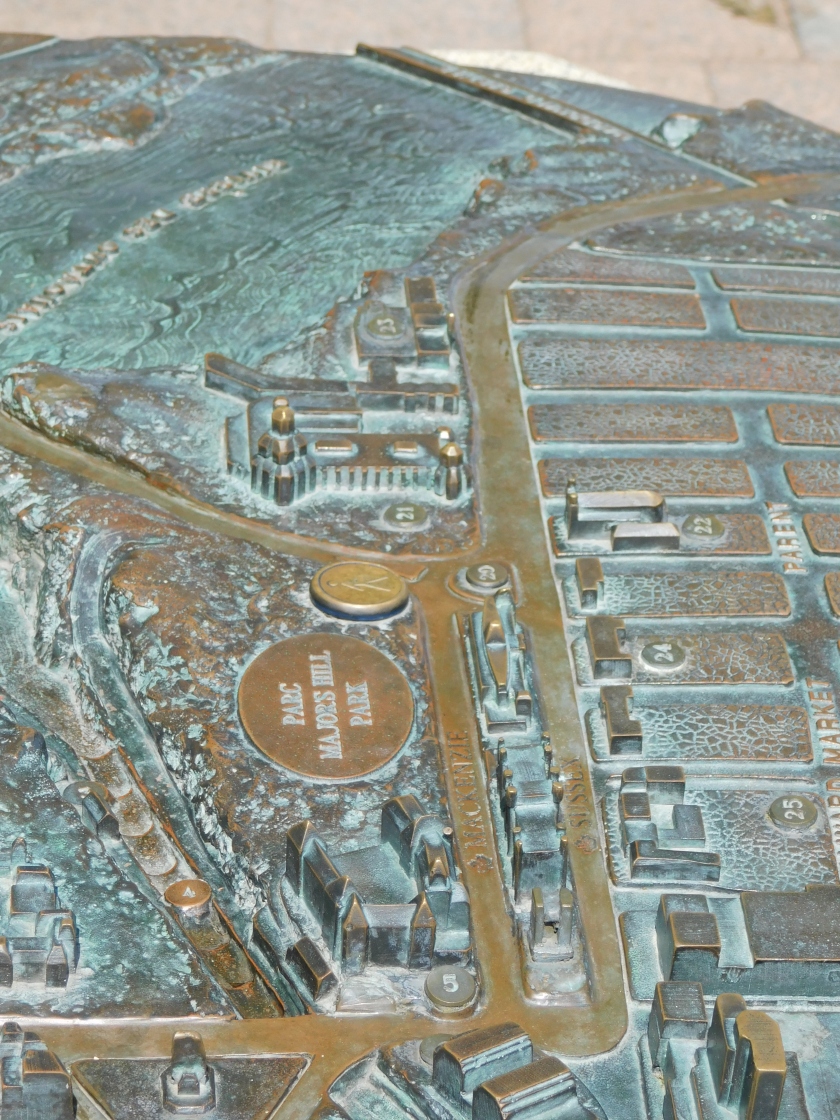 I haven’t talked about the Parliament complex in posts from the last 3 days but will be getting to it very soon. 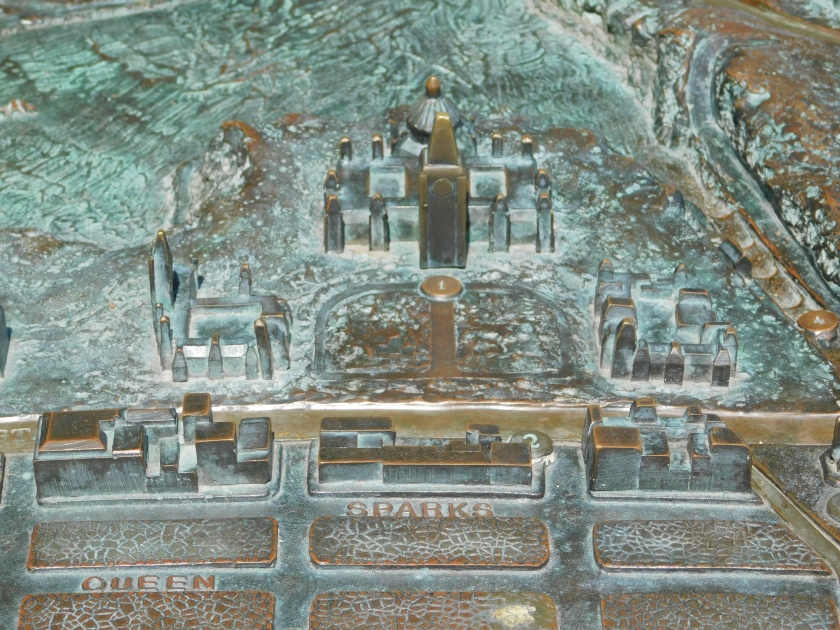 I did take pictures there on the first day I was in town but the weather was much nicer the following morning so I will post those photos when I am finished posting Wednesday’s photos.

Here is some other artwork I found on the first day I was downtown:

This piece was in a small park near the Notre-Dame Cathedral: 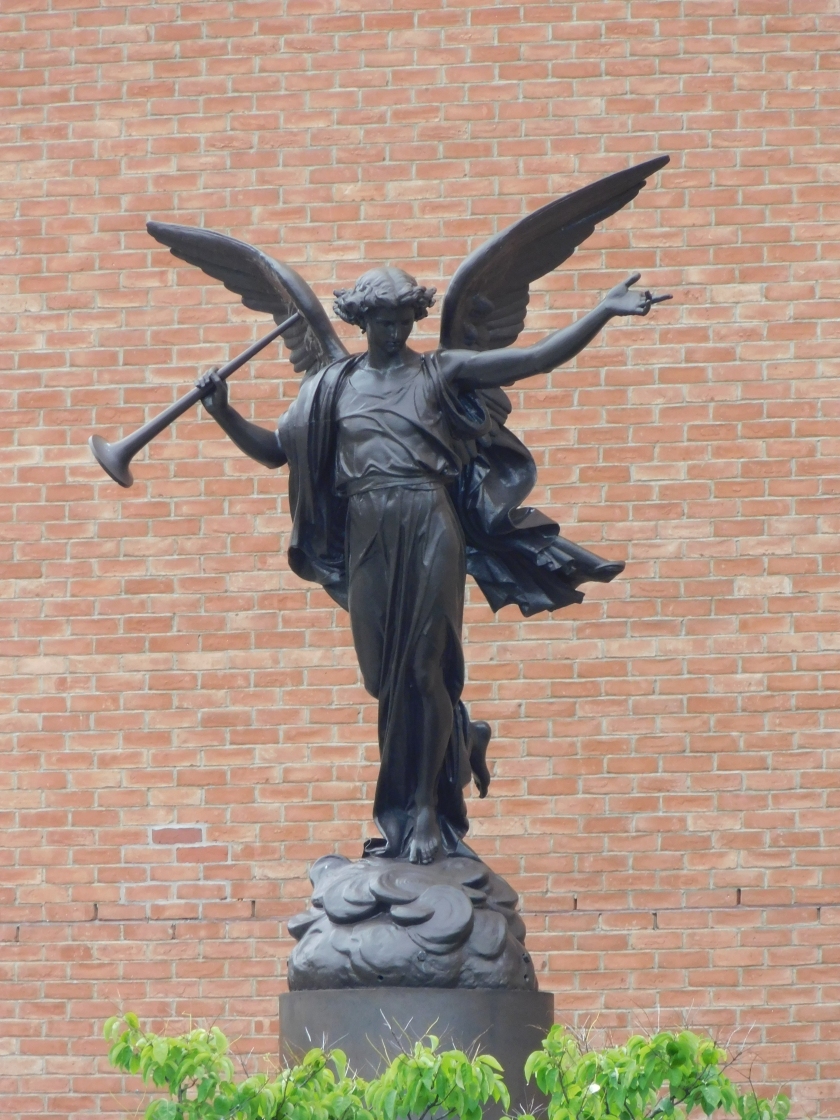 This wooden sculpture was in Major’s Hill Park: 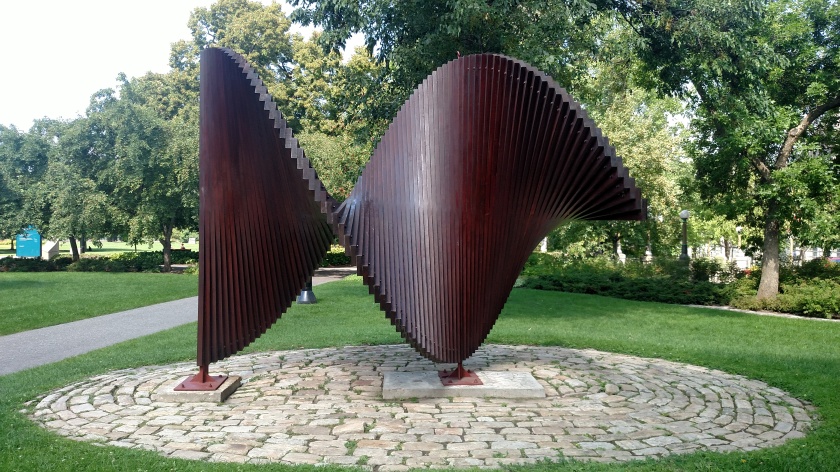 It is quite simply constructed of wooden planks bolted together and stained: 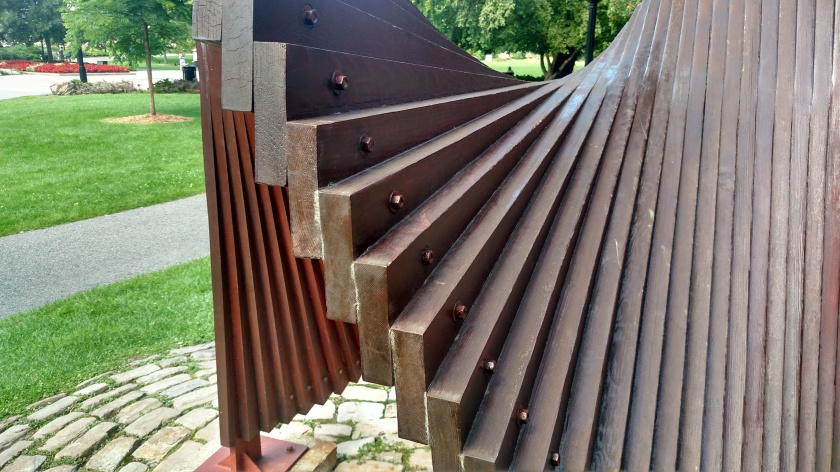 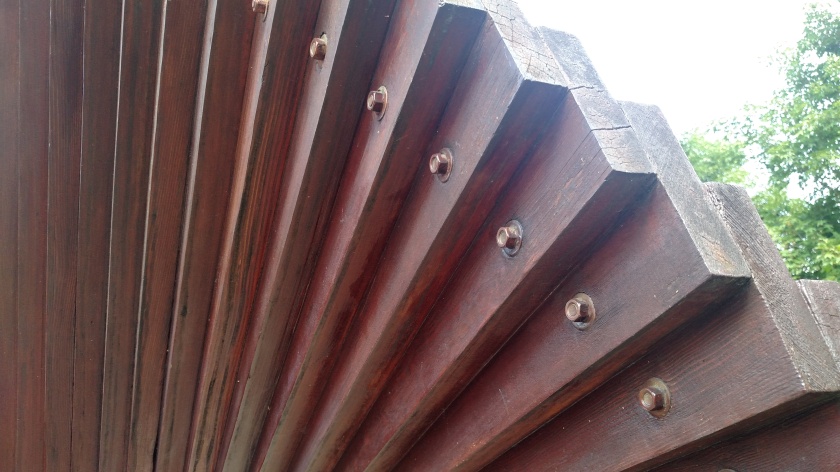 The staircase below goes from the courtyard where the giant O-T-T-A-W-A letters are up to Major Hill’s Park.  The US Embassy is just to the right of the stairs. 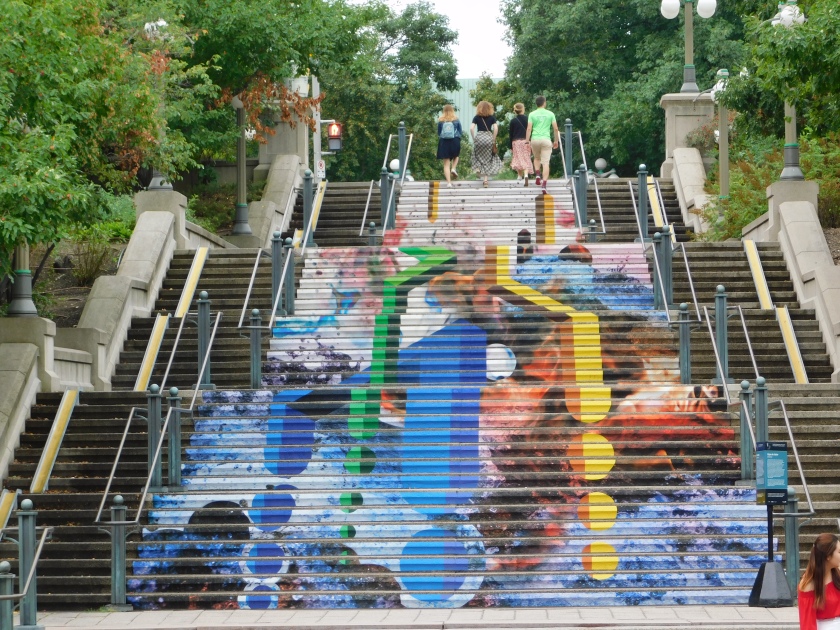 I hadn’t noticed it when I took the first photo but there are ramps on both sides of the stairs to make taking bicycles up or down the stairs easier for riders (and LOTS of people in Canadian cities get around by bicycle). 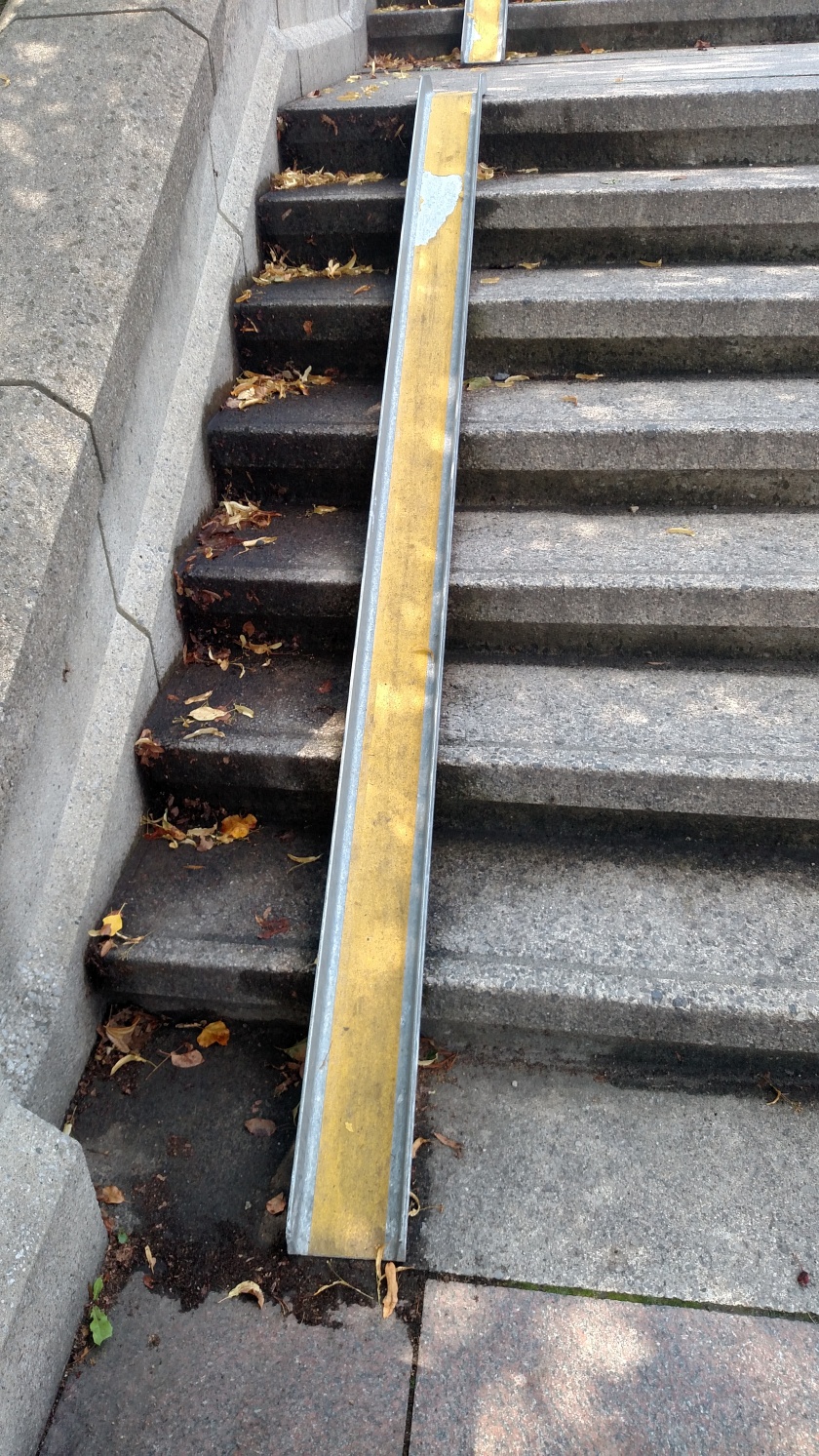 This piece was inside a former bank, now occupied by the tourist Visitor Information Center.  I don’t remember if it was part of the original building or moved there from somewhere else. 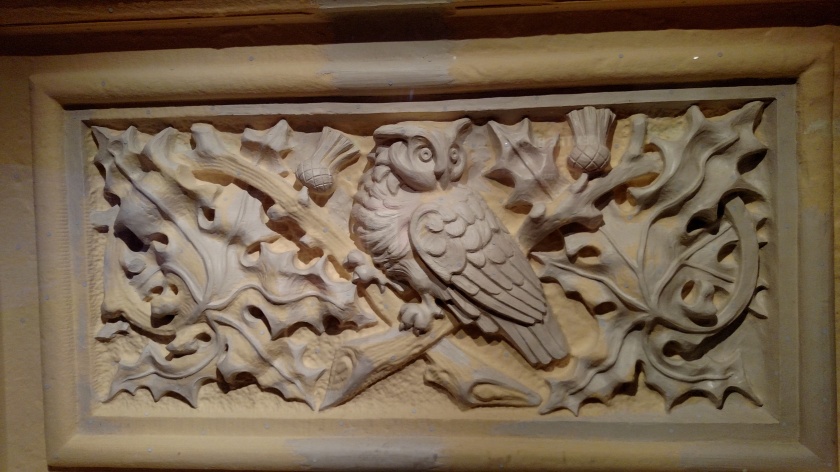 This was the elaborate tile floor in the lobby of the former bank: 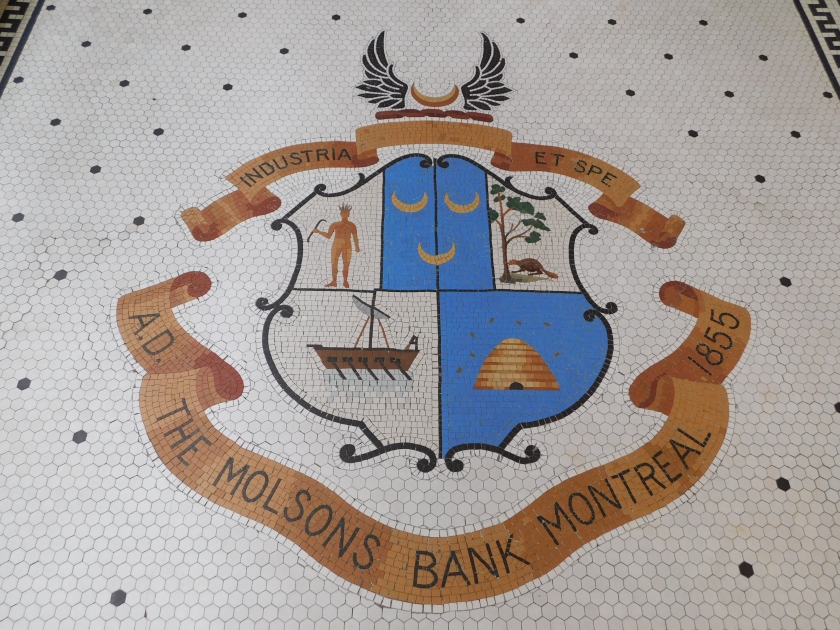 And silly me thought Molson only made beer…