Here are some of the things I saw Friday afternoon in “Old City”:

Most cities I have been in have a button pedestrians must push at major intersections to trigger the “Walk” sign to come on so they may safely walk across to the other side.  In Québec they’ve kicked it up a notch and you only need to pass your hand underneath a sensor.  No need to push a nasty button which Lord knows how many people have touched after first licking their fingers…

Hard to tell from the sign below but in Canada they strongly encourage drivers to shut their cars off in many circumstances where they might otherwise let them idle (as JohnBoy does all the time while trying to take “hit and run” photos but often gets sidetracked talking to people as he did in Meat Cove, Nova Scotia). 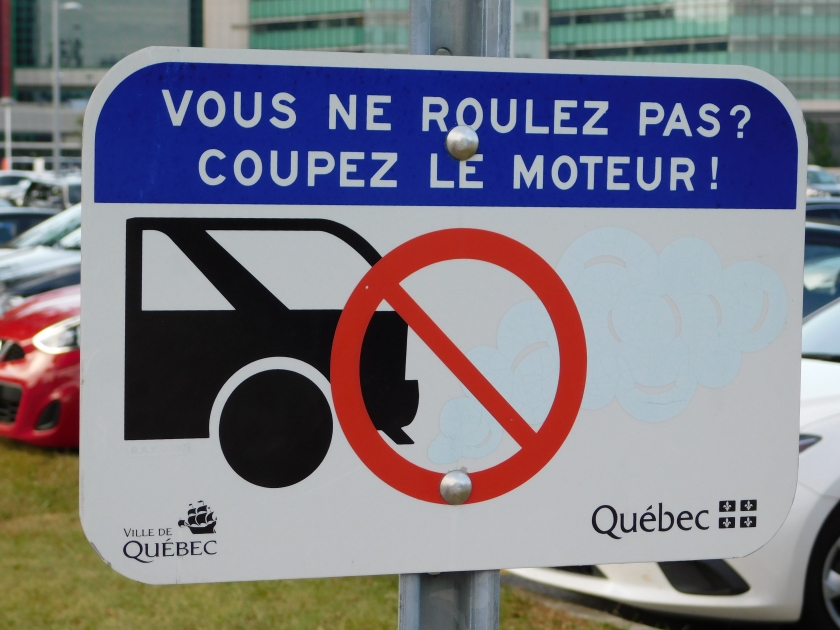 You can’t really see it in my photo because it is in pale blue but there is a depiction of a cloud of exhaust billowing from the tailpipe – like this:

The majestic building shown below is part of Gare du Palais, the train station!!

Parts of the interior were undergoing maintenance but the areas I could get to were gorgeous.  They don’t build many buildings like this any more… 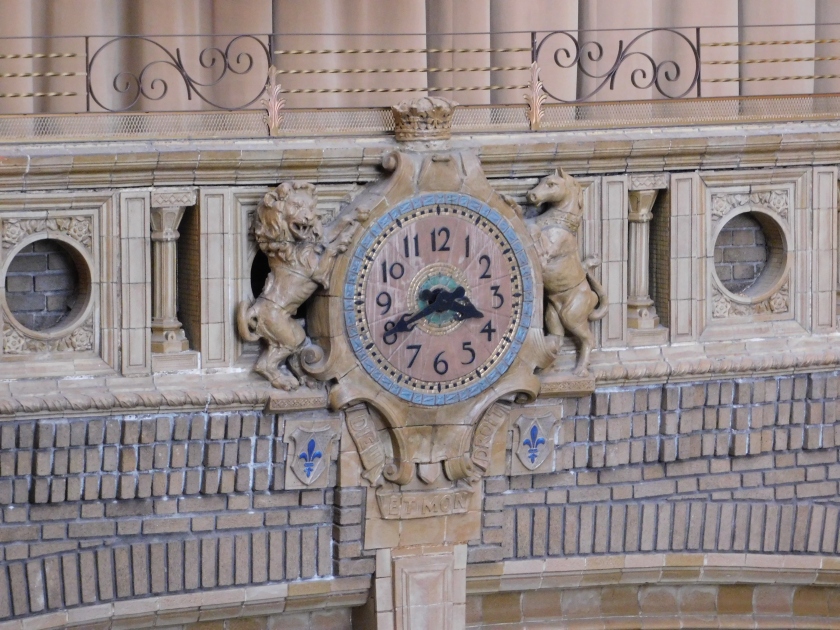 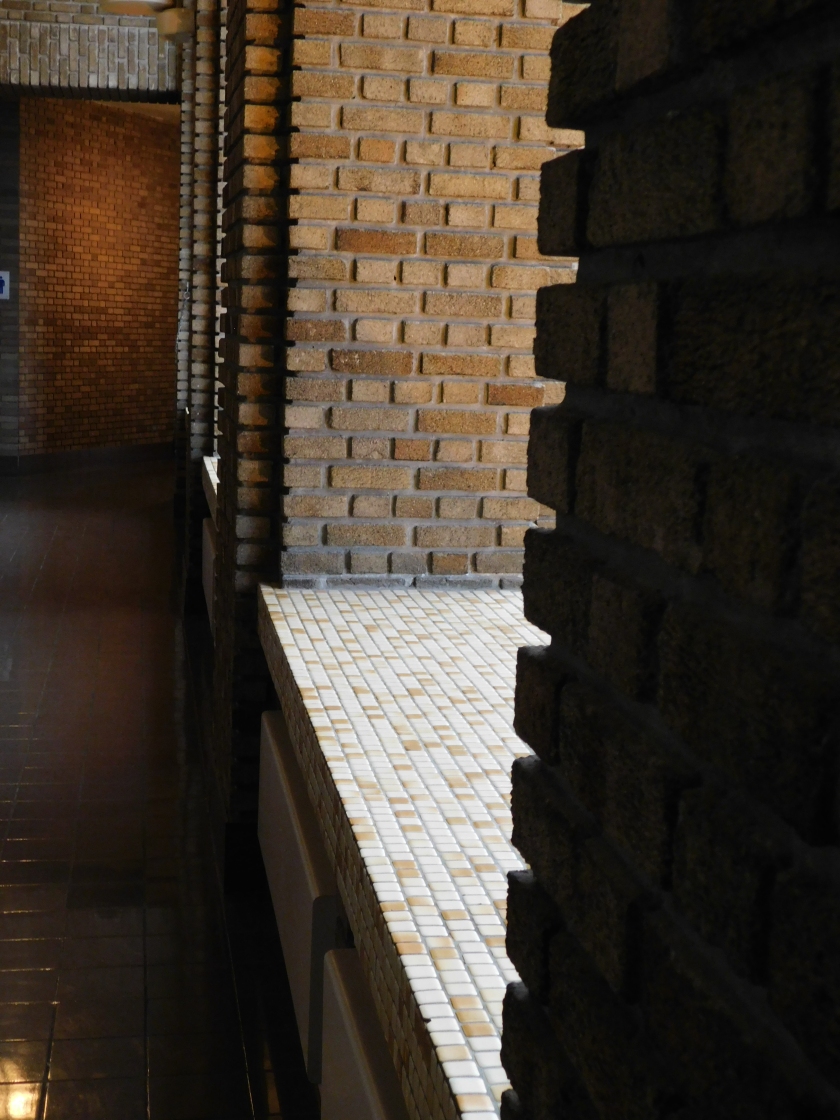 I took some other interior photos but because of the sunlight coming in the high windows they didn’t turn out very well.