Across from the Fairmont Château Laurier hotel is a triangular plaza which contains statues and busts of many noteworthy  people in Canada’s history.  Here is a very small sampling: 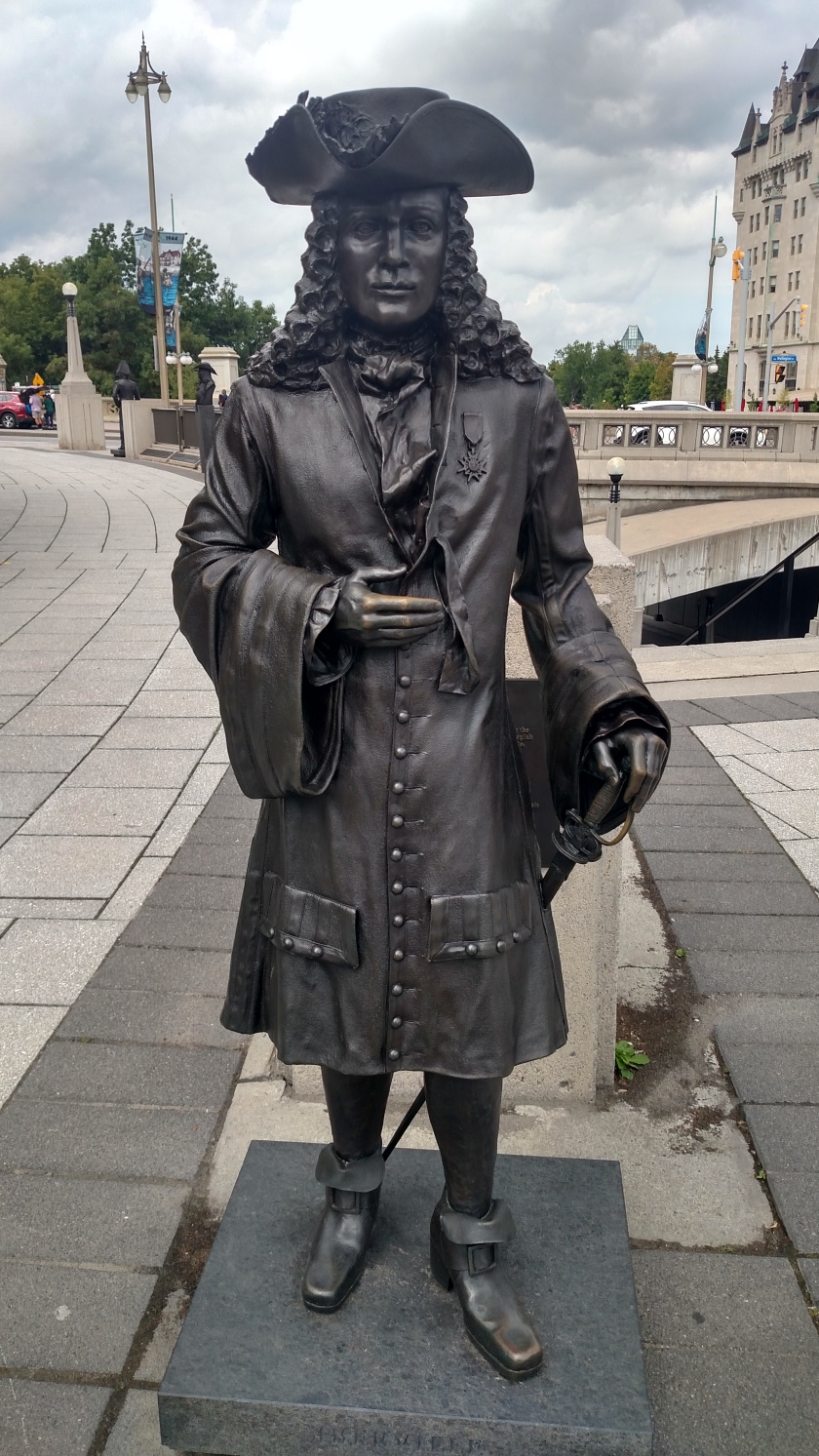 As I was taking these photos I heard shouting, then bagpipes and an impromptu parade broke out.  Well, a parade of 5 people…

With a military policeman as an escort and another bringing up the rear, a bagpiper and two military members commenced a short walk first in one direction part way around the plaza, then back to where they began, before disbanding. 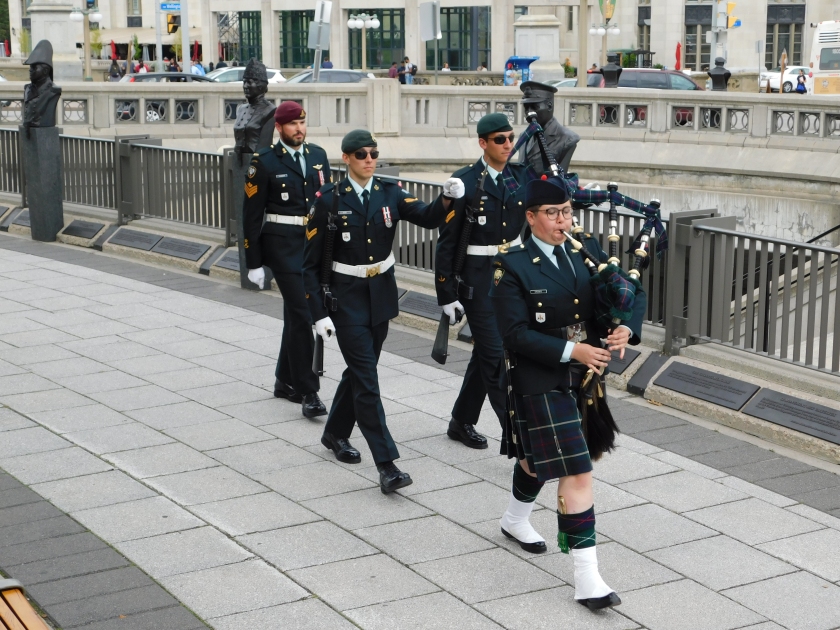 This may all have had something to do with something else located on the plaza – the Canadian War Memorial and tomb of the Unknown Soldier: 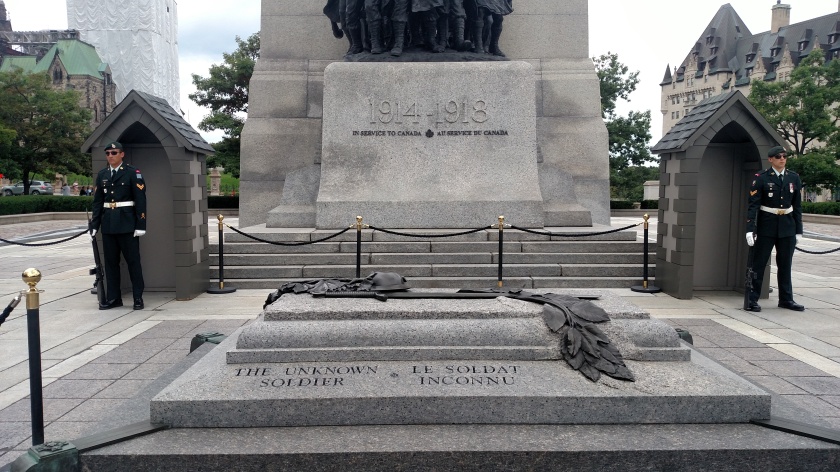 I wasn’t expecting this display and didn’t keep track of exactly who was where, when but in hindsight what I witnessed may have been part of a “changing of the guard” ceremony.  There were also moments when each guard would very deliberately march left and right from their stationary post of standing guard over the tomb.

After taking these photos I put my cameras away and stood in front of the tomb to pay my respects.