This has to be, by far, the most exciting unexpected find I have come across in my four years of traveling across the United States. After stopping for lunch in Panamint Springs I continued west and climbed up a large mountain. At the top there is a Vista Point (overlook) called Father Crowley. This is at the very westernmost boundary of Death Valley National Park. From the overlook you may look down into Rainbow Canyon. I stopped there to take some photos and learned something VERY interesting….

This is looking west (left from the overlook) towards the top of the Canyon: 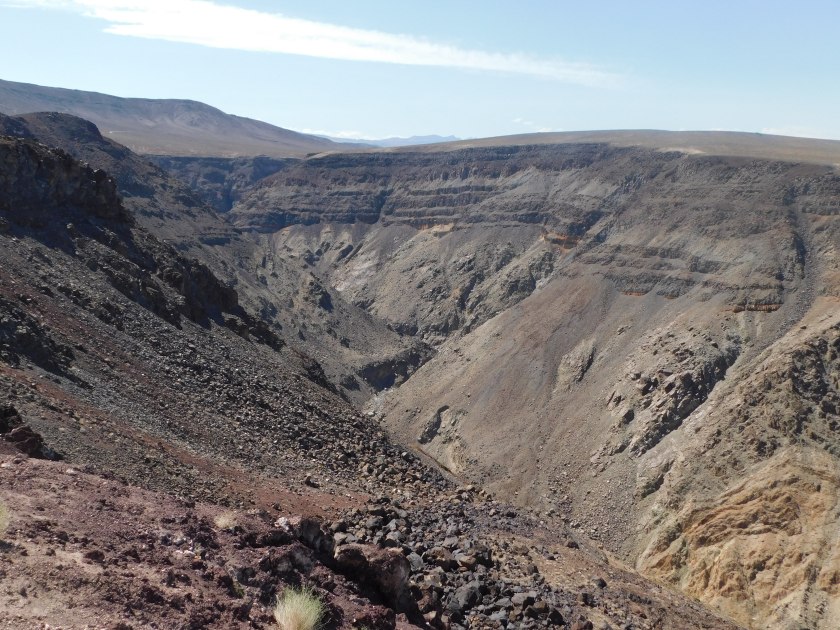 And these are looking east (right) from the overlook: 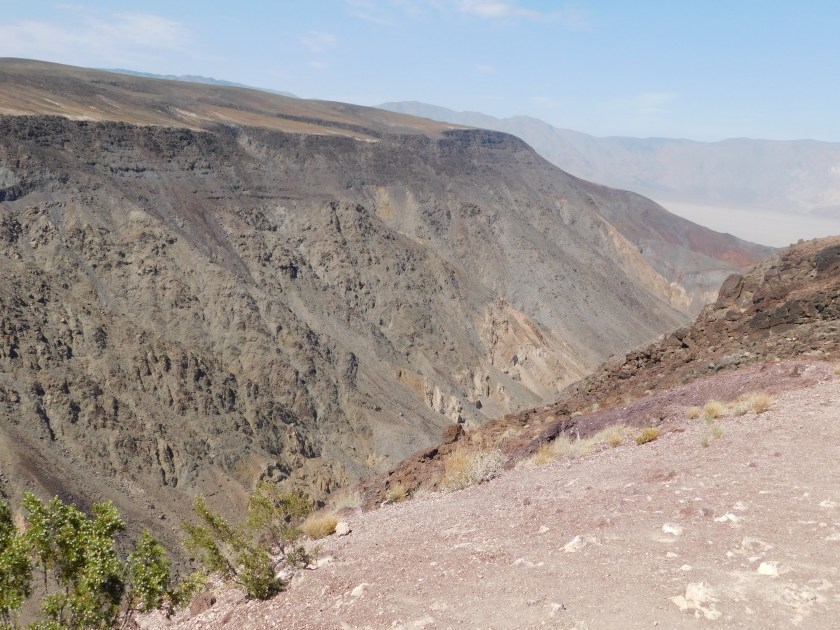 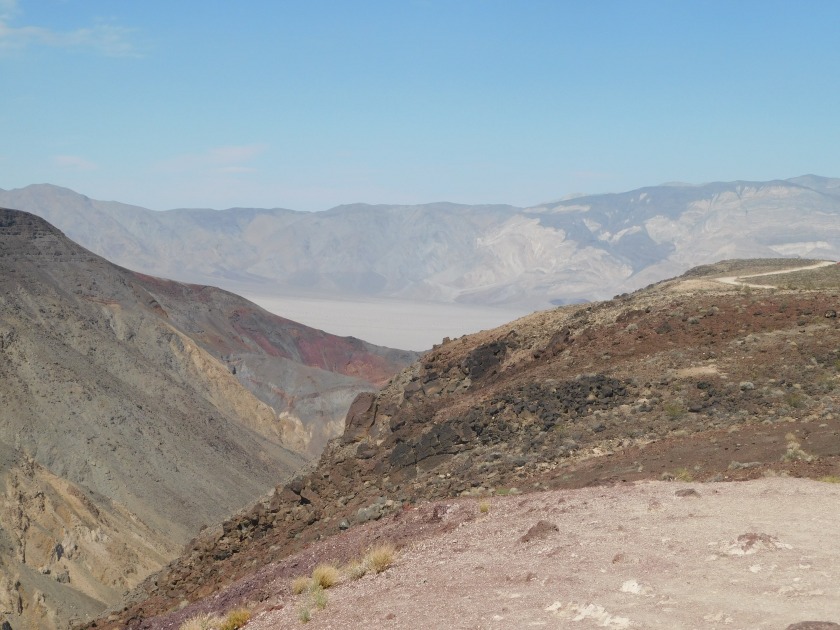 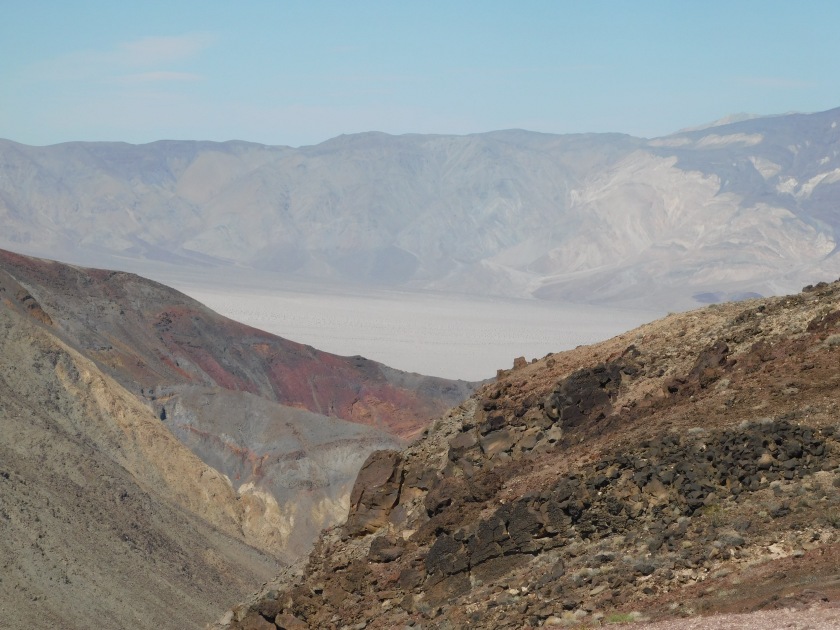 Before I stopped for lunch I saw a lone military jet making a low pass over the mountains in front of me (which I had now climbed to the top of) from north to south. When I got to the overlook I noticed a guy at the extreme east end with a camera on a tripod but just standing around, not actively taking pictures. I walked down and asked him what he was “stalking”. His response, and the video he showed me, totally blew me away.

Jet pilots, I presume from the nearby Naval Air Warfare Center training grounds (and perhaps even from Nellis Air Force Base near Las Vegas) call this “Star Wars Canyon”, and practice flying down into the canyon from left to right as seen in the photos above. I didn’t actually see this happen, but the guy showed me a video clip he had taken earlier in the afternoon. The plane descended well below where we were standing. When I got to Barstow I Googled it and found some amazing still photos. I then went on YouTube and found some even more amazing video clips.

Go to either of those sites and enter “Military jets Father Crowley” or “Star Wars Canyon” and you’ll see what I’m talking about. And this is not confined to just small jets, there is a video of a C-130, a large 4-engine propeller driven plane, making the “Jedi Transition”. It is INCREDIBLE! If you watch the videos be sure to see a few where you see the plane way down in the Canyon, banking to the right. Some videos lose the plane soon after it goes in the Canyon.

You don’t know how tempted I am to go back up there today, but there is no guarantee of if or when the planes will make their runs. I waited around for a while yesterday but still had a several hour drive to get to Barstow before dark.

May the Force be with you!