A week ago, on June 2, I posted pictures in real time as I drove through the desert in southeast Nevada.  I saw a cactus I had never seen before and asked if anyone (without looking it up on the internet) knew what it was.

Here are the 3 photos I posted: 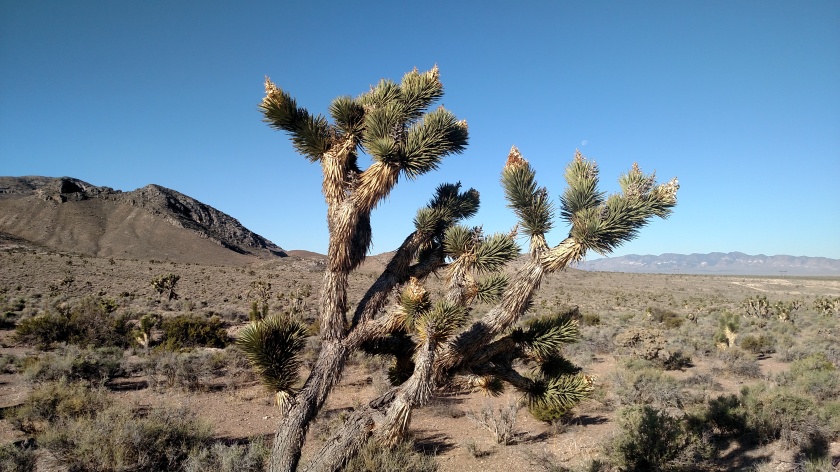 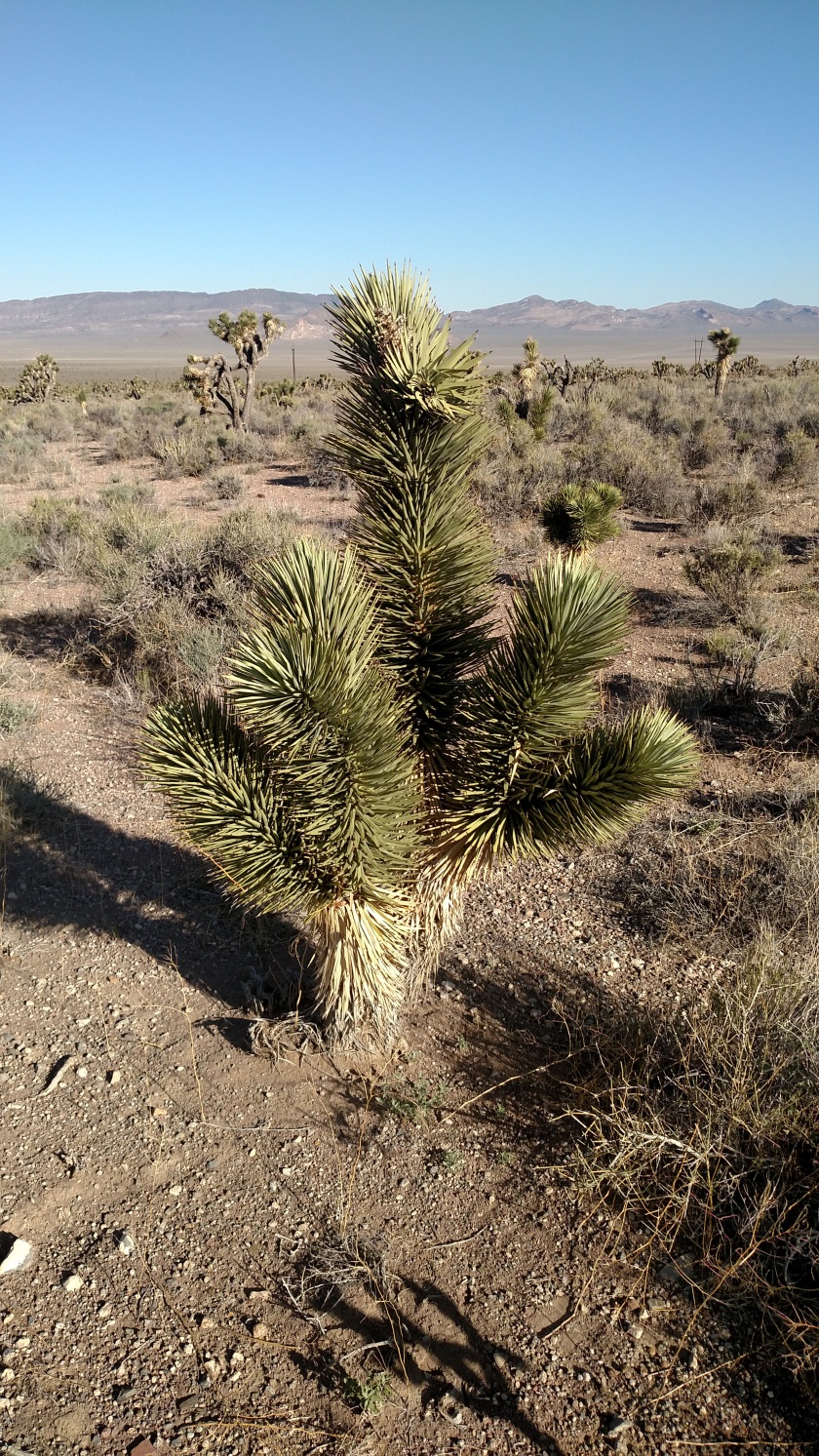 I said it had what looked like branches on a Christmas tree and I had a name in mind but didn’t tell you what my guess was.  My guess would have been a “Bottlebrush Cactus” because that’s what the green branches reminded me of.

(Photo credit: Walmart!  I didn’t buy it, I just took a picture of it)

Most bottle brushes have more of the white bristles further down the handle which go all the way around the handle.  To me, that’s what the cactus I was seeing made me think of.  I looked it up when I got to my destination that night, and when I learned what it probably was I thought I’d wait a week to reveal the answer, knowing where I’d be at that time.

What I saw were young Joshua Trees, which are neither cactus nor tree.  I am now in Yucca Valley, California, just north of Joshua Tree National Park and I spent most of the day Friday in the Park.  I showed the pictures I had taken to a Ranger in the Visitor Center and she confirmed that what I saw were, in fact, young Joshua Trees.  The detail which clinched it were the black areas at the ends of the leaves. 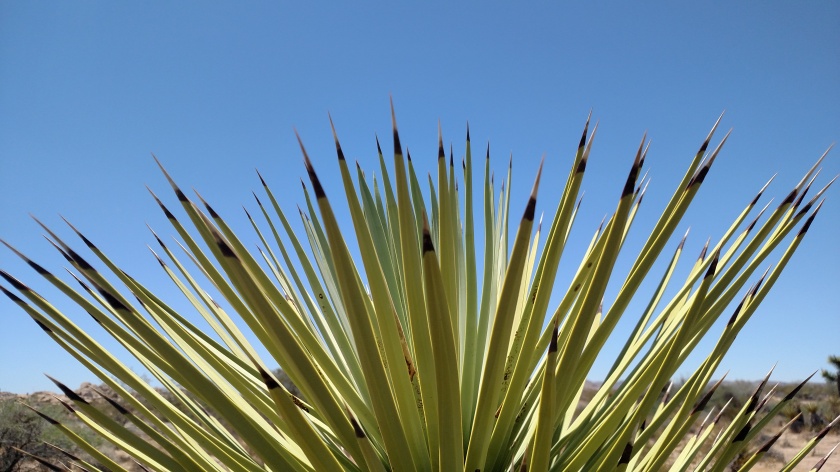 Joshua Trees are the largest-in-size variation of yuccas (yucca brevifolia) and are actually part of the lily family.  Yucca’s are plants or shrubs, not trees or cacti. The reason I didn’t think what I saw was a yucca is that it didn’t have the telltale “yucca-top”, the big green spikes which resemble the top of a pineapple.

Joshua Trees grow in all shapes and sizes, and were given their name by Mormons who thought they looked like Joshua with his arms outreached, beckoning them to the Promised Land.  Joshua Trees are found primarily in the Mojave Desert.  The ones I saw in southeastern Nevada were at the northernmost range of where they are typically found.  In fact, as big as Joshua Tree National Park is (1,200 square miles), they are only found in the northernmost part of the Park.  That is their southernmost range in the US.

A full grown Joshua Tree has an average life of about 150 years, although some are thought to be 300-500 years old.  I’ll post photos of lots of Joshua Trees in the next post, and will probably post more tomorrow after I visit another park of the Park on Saturday with the morning sun behind me.