I was going to call this post the Variety Pack even before I decided making the previous post!  These are various things from various places in the past two weeks or so.

This is a Gambel’s Quail.  They are found around Joshua Tree National Park.  They are rather small and zip across the road pretty fast (like roadrunners), so I didn’t try to get a picture of a live one in the wild.  This was a model of one in the JTNP Visitor Center. 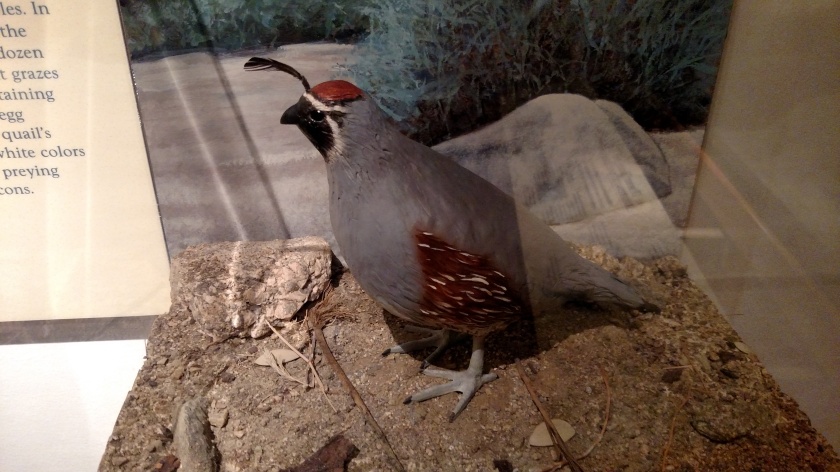 Here are a group of barrel cacti, on top of a small hill as I was driving through Valley of Fire State Park north of Las Vegas:

I don’t even remember where this one was taken, but the homeowner isn’t shy about making his feelings known:

And there is a wooden sign behind it, facing the other way.  Another subtle message, perhaps??

This cactus was at the Panamint Springs restaurant I ate lunch at when leaving Death Valley National Park (right before getting to the canyon where the military jets fly).  It was a little bigger than a grapefruit.

These were at a rest stop on “The 10” while I was making a lap around Joshua Tree National Park on Sunday: 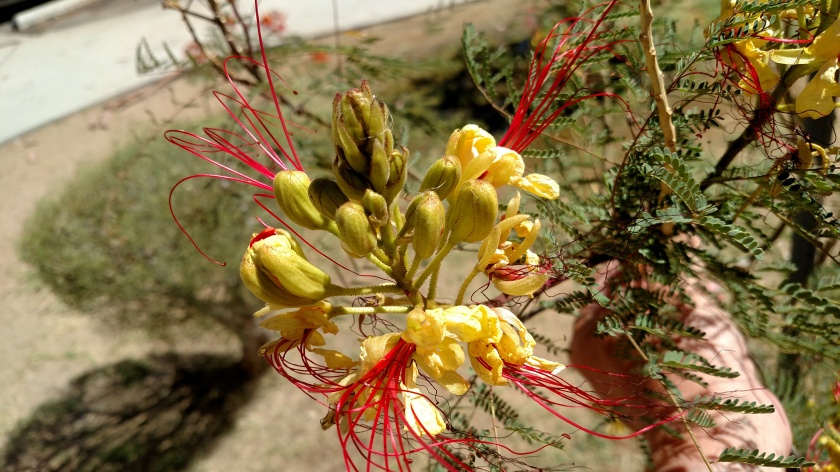 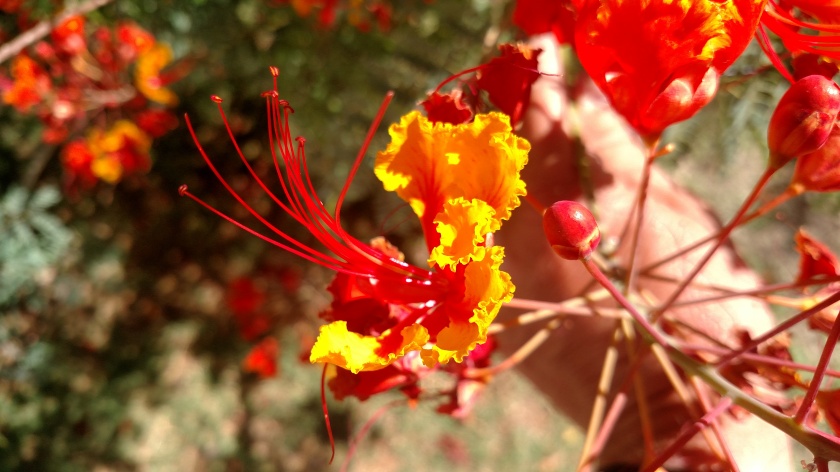 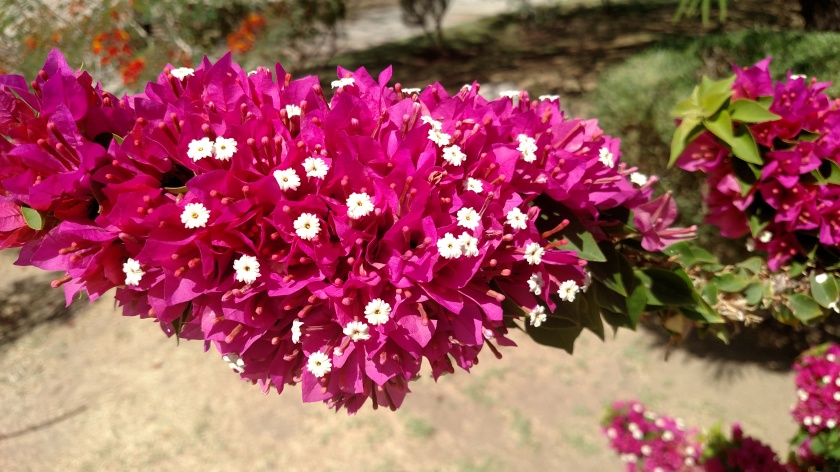 This was on the road in to Pioneertown in Yucca Valley, CA:

This was outside the State Park Visitor Center down near Malibu, CA yesterday:

This was taken this morning on the beach near the Ventura, CA yacht club:

This was taken in the AAA Motor Club parking lot in Ventura, CA this morning:

These were taken at two of my stops earlier today near Ventura, CA 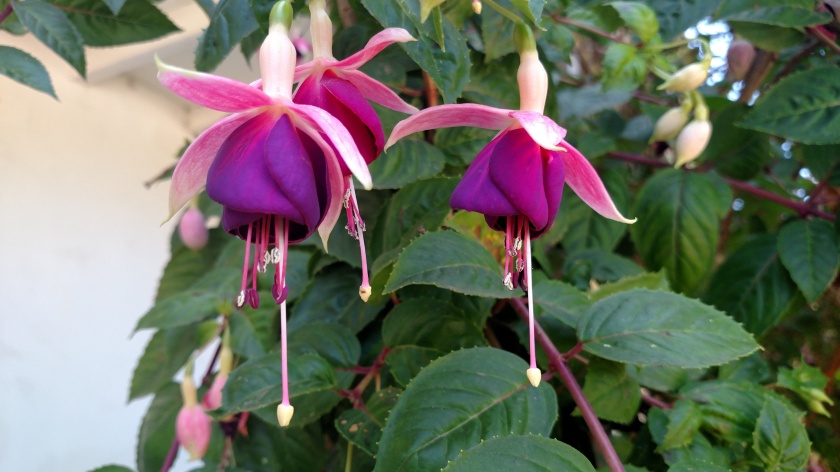 This second one IS called a Bottle Brush.  The tips look yellow but they were actually gold in color.  I have never seen one of these before.