Here are some photos taken throughout the day Tuesday at Sequoia National Park in southeastern California.

Because everything here is so big I didn’t think I’d be using the digital camera for zoomed-in shots but as I was driving through one part of the Park I could see snow on some high mountain peaks in the distance.  Looking at the map I realized that I was at about the same latitude as where I had taken pictures about two weeks ago as I was leaving Death Valley National Park (and had just been to “Star Wars Canyon”).  On that date (June 7) I posted pictures of snow on three peaks looking west, including Mt. Whitney, the highest point in California.  I was now seeing those mountains as I looked to the east. 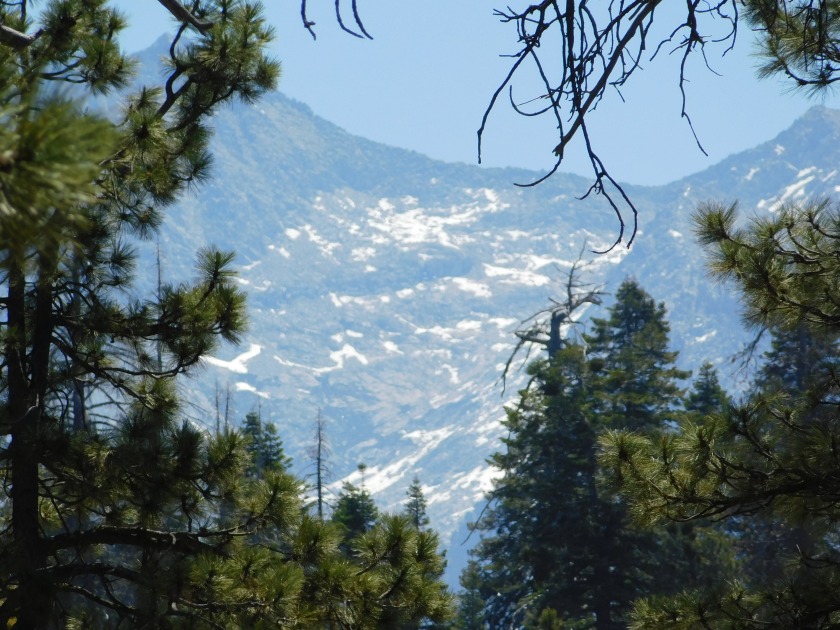 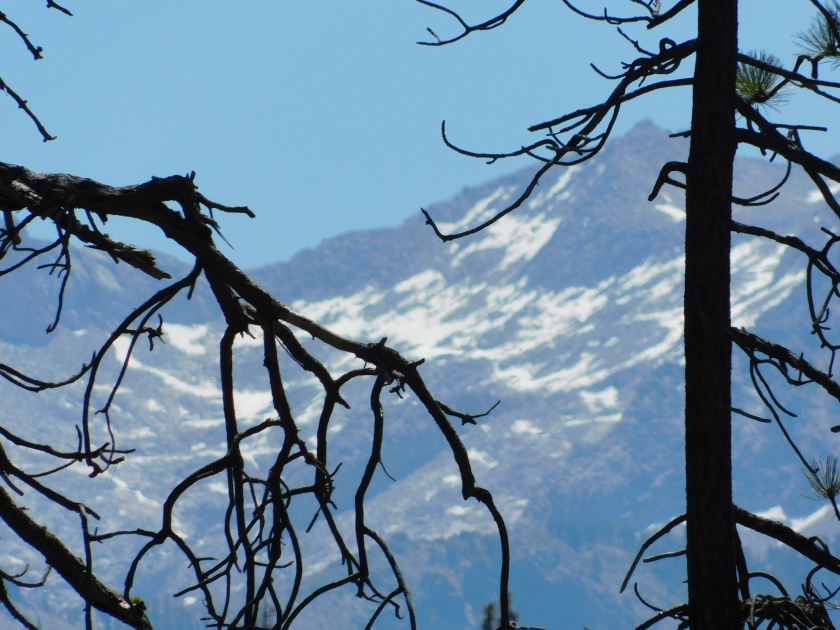 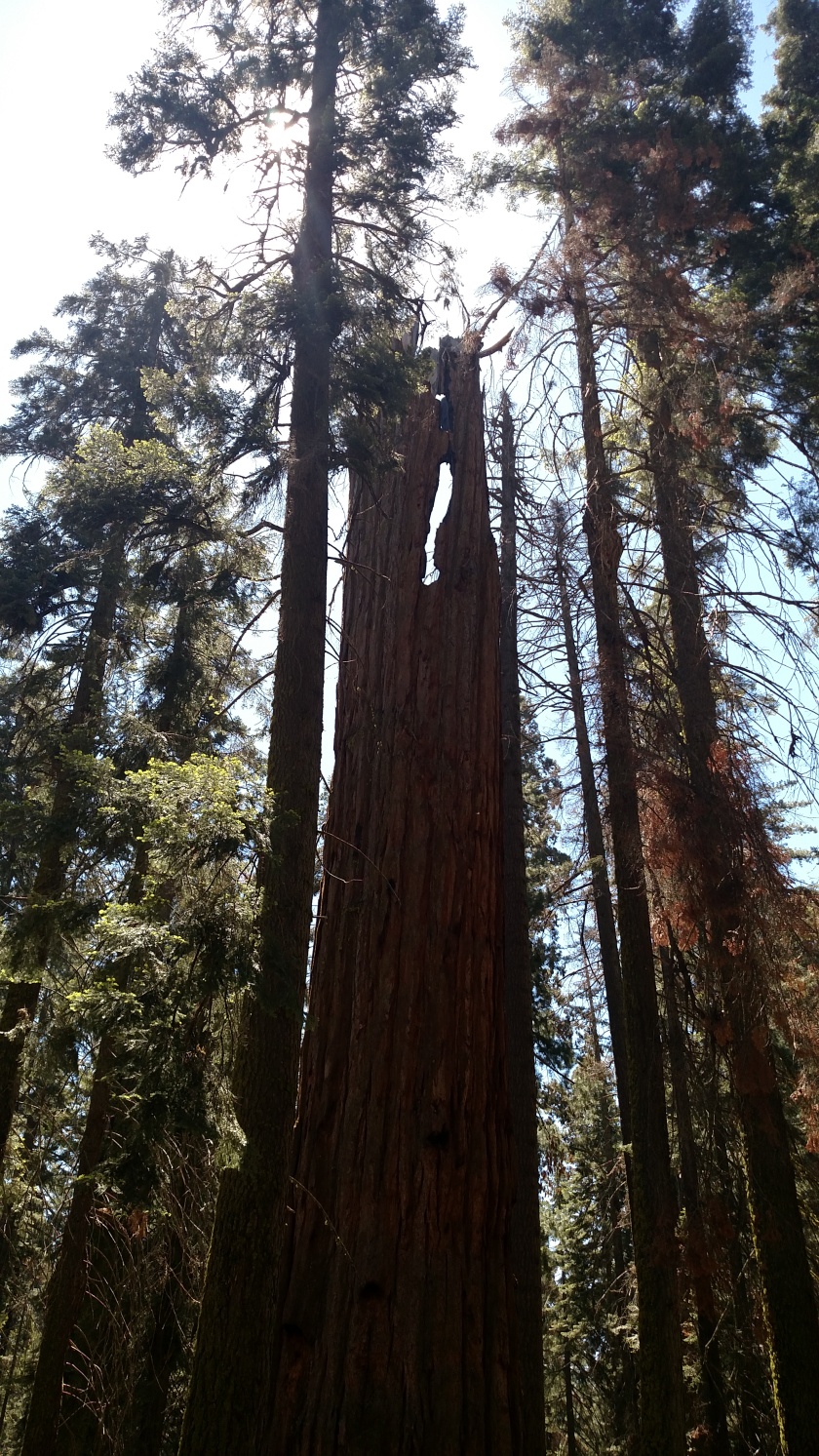 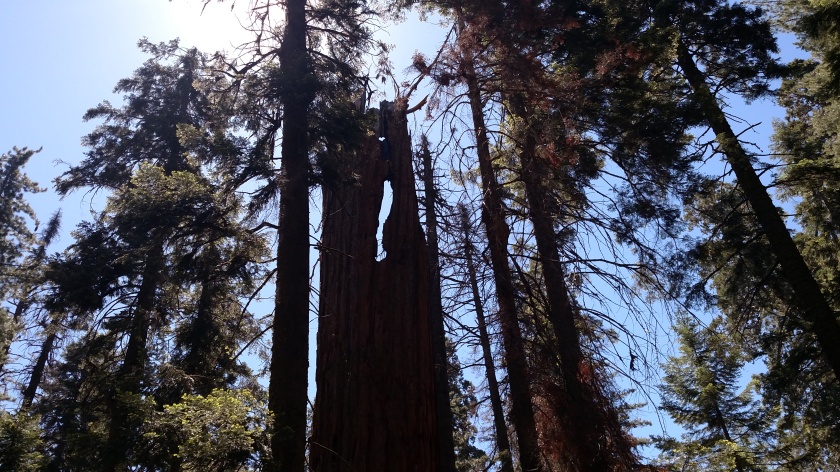 These trees are called “The Parker Group” and are a set of 8 trees named for the family of a former superintendent of the Park in the late 1800’s. 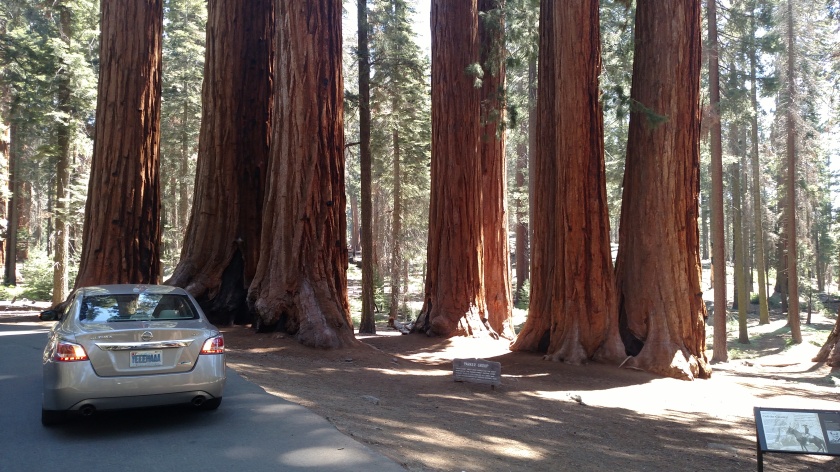 This tree fell in 1937 and has a large notch cut out of it so cars can drive underneath it. That’s not me in the picture. 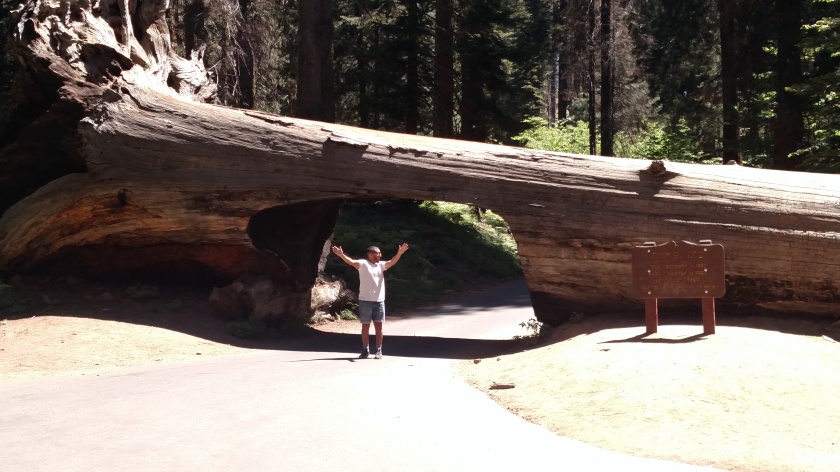 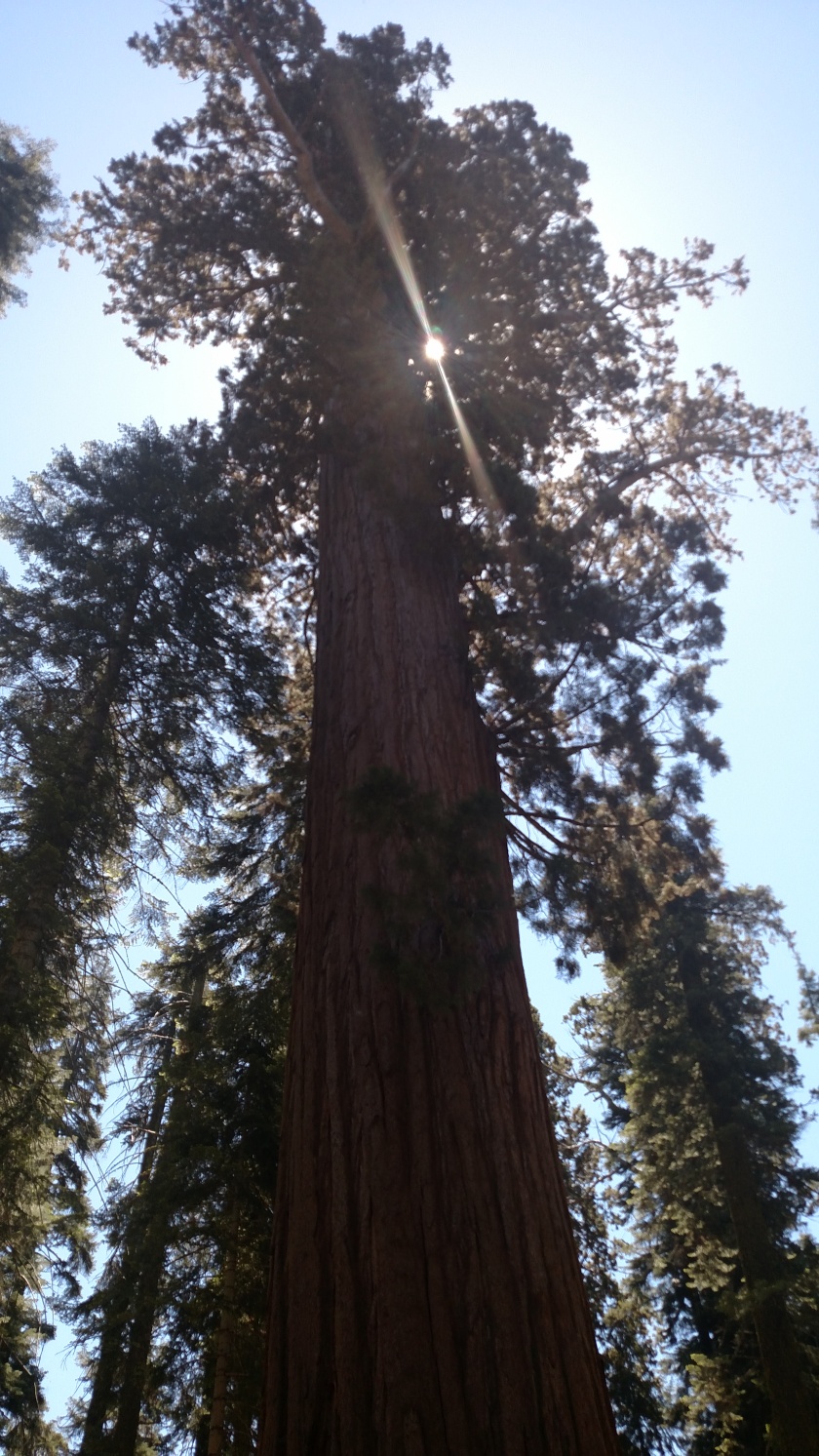 And as I was driving out to the main road I went back through a line of 4 trees that the road goes between.  In the second photo you can see a red van exiting.  To it’s left is the road coming in to this area (but remember, traffic on the main road was being held at the construction zone so no one would be coming in for a while). 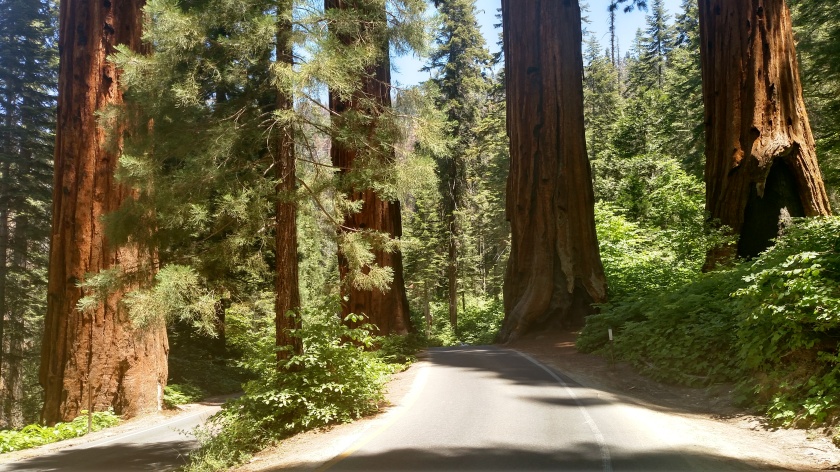 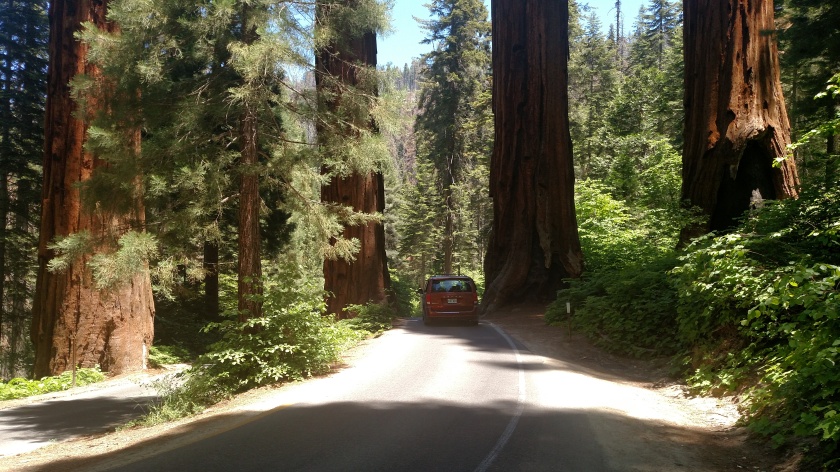