Friday I drove north on Highway 101 from where I had been staying near Florence to the little town of Yachats.  Here are some of the things I saw along the way:

This is the town of Florence as I approached before crossing the bridge you see on the left. 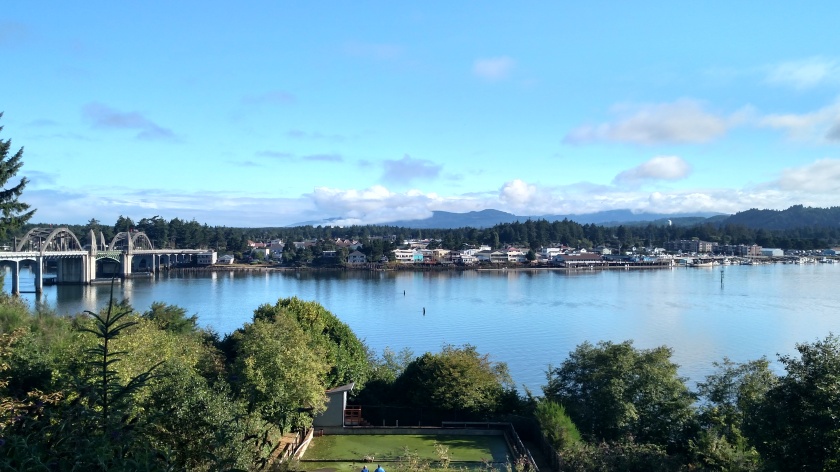 I had stopped in Florence the day before (when it was overcast) and got this sign in the “Old Town” area which shows the distances to other towns in North America named Florence.

This is from the hill which Highway 101 climbed (to about 450 feet) before descending to the Heceta Head lighthouse.  This is looking at the beach and ocean southward, towards Florence.  This is beyond the Oregon Dunes National Recreation Area so this is mostly just flat, sandy beach.

From the other side of the 450 foot hill this is the first overlook from which you can see the Heceta Head lighthouse in the distance.  I took similar pictures when I was here before but it was overcast and now it was mostly sunny.

And here is a zoomed-in shot of the lighthouse: 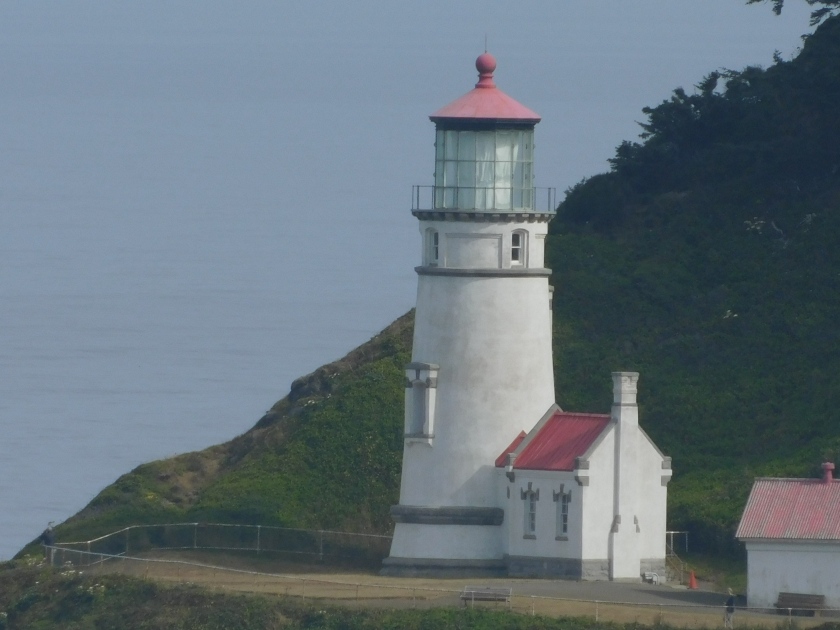 This is a 3-shot panorama, left to right, of another beach a little further up the road (from back down at beach level).