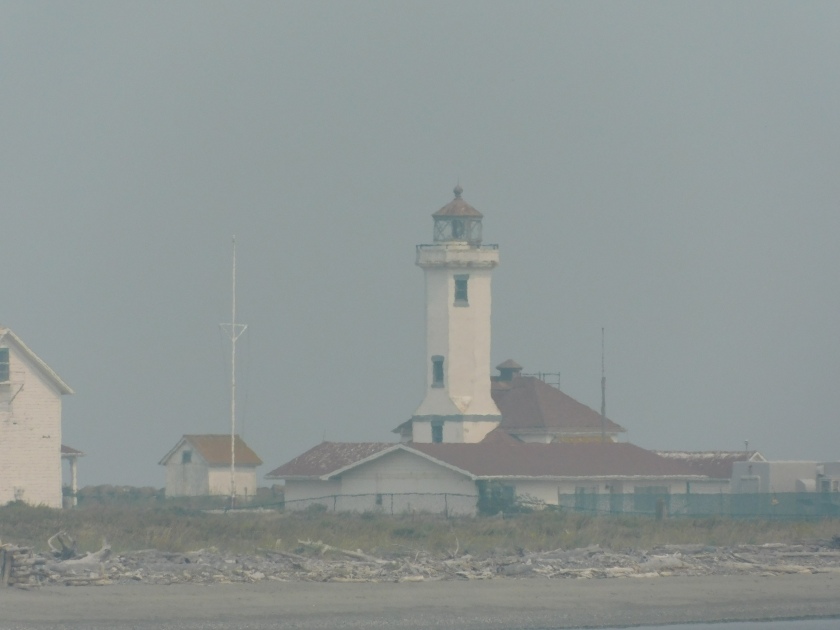 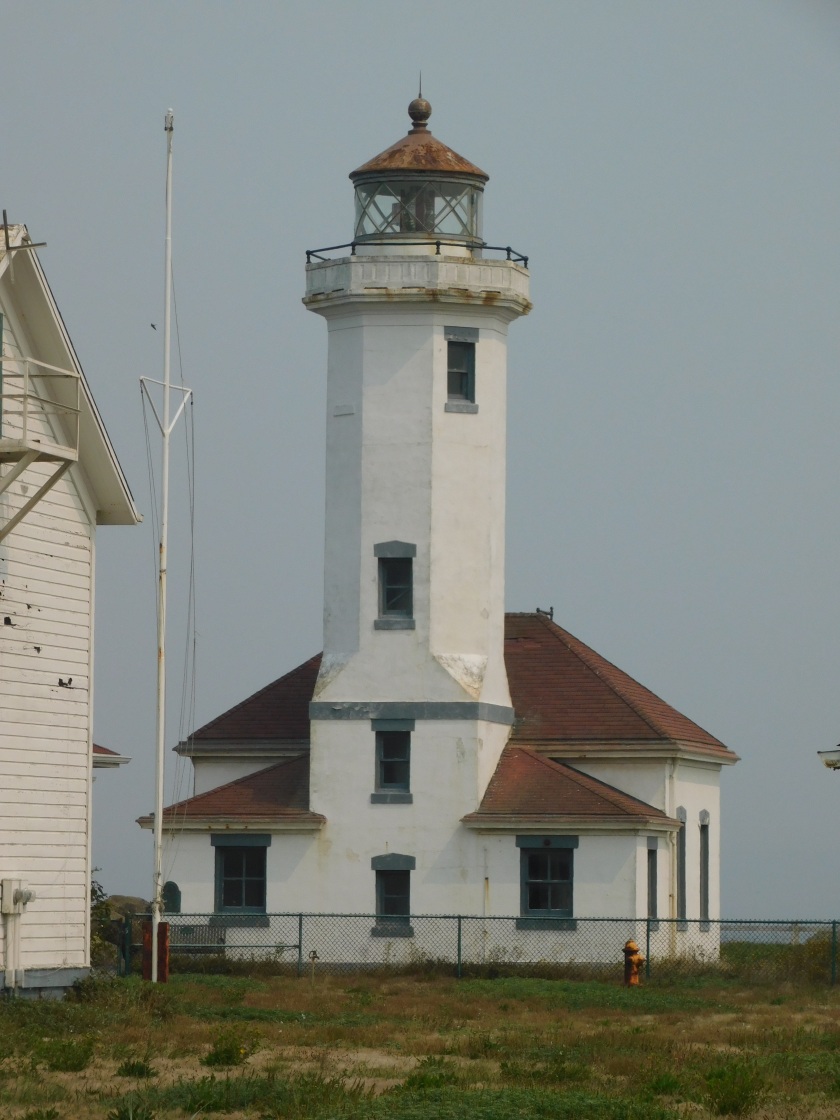 This is the side facing the water: 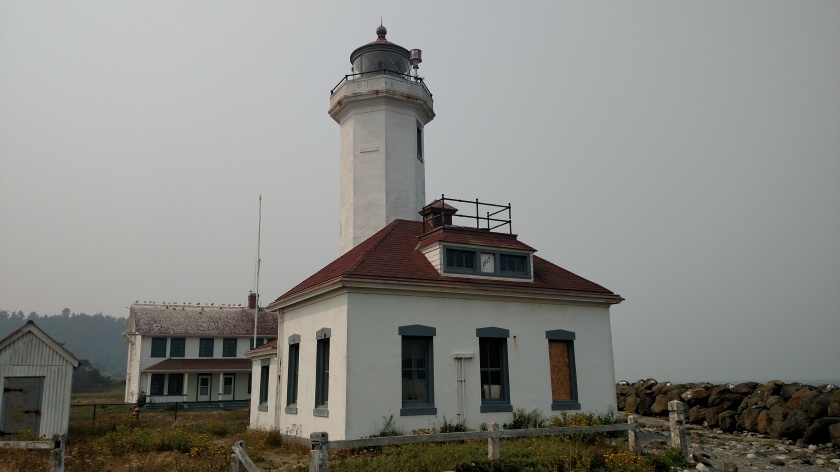 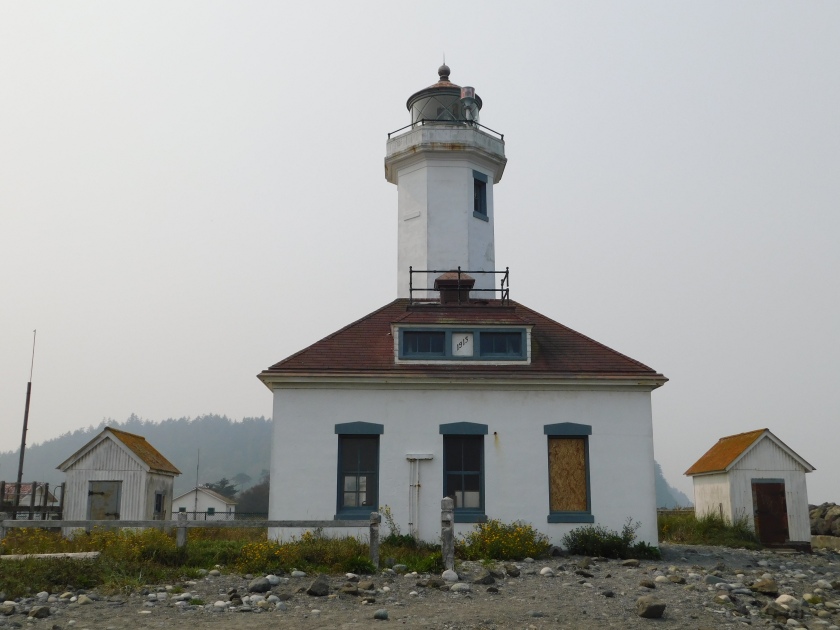 Here are some various things I saw while in Port Townsend on Tuesday.  Because the air quality was poor I just stuck around town and kept the air in the car on “recirculate”.  I did do quite a bit of walking but the air didn’t seem quite as bad as it was on Monday.

This is one of the nicer Victorian-style buildings in town.  It was having some paint freshened up. 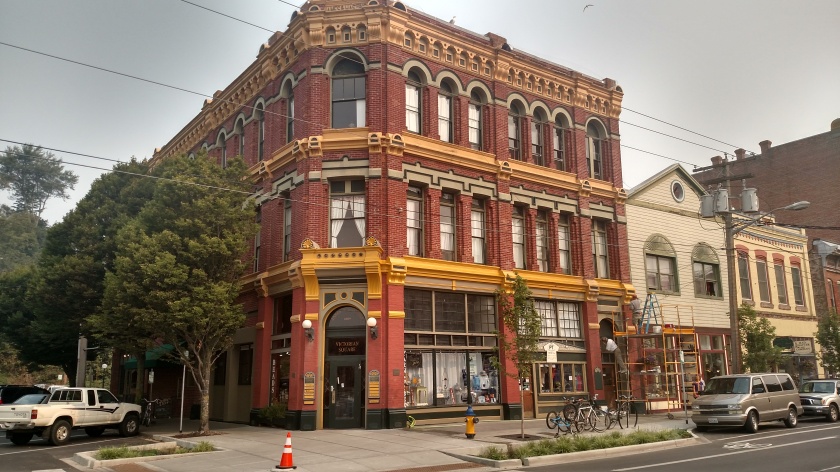 And this is the County Courthouse, one of the oldest municipal buildings in the State of Washington.  It is only three blocks from the water and the streets quickly increase in elevation so the only way to get a picture of the front is to look up. 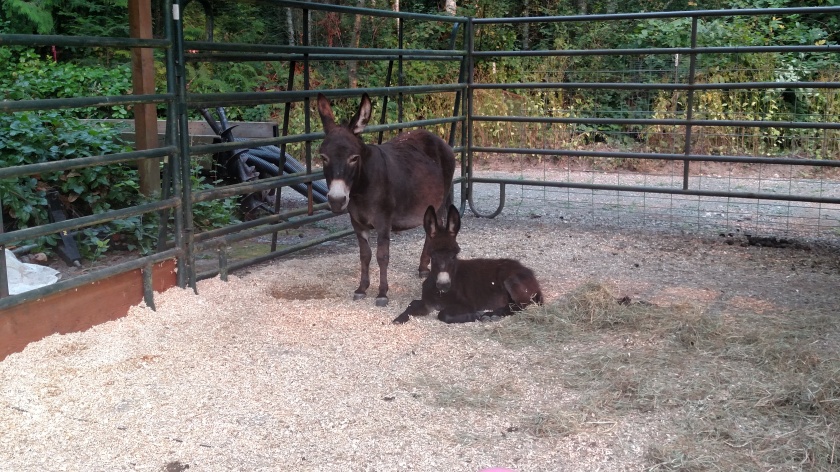 And I have seen these lots of places but this is the “cleanest” one I’ve come across.  This is a tsunami warning tsiren.  It is one of 58 scattered strategically along the Pacific coast of Washington and the waterways leading into Puget Sound.

Here are some of the different boats I have seen while in Port Townsend.  I arrived here on Monday and while I was waiting for my Airbnb host to get home from work I drove up to a city park along the Strait of Juan de Fuca (where it becomes Admiralty Inlet).  The further east I drove on Monday the worse the air quality was.  This was looking north at around 5pm local time.  There is a large cargo ship right in the center of the photo.  My guess is that it was maybe a mile or two away (hard to tell over water). 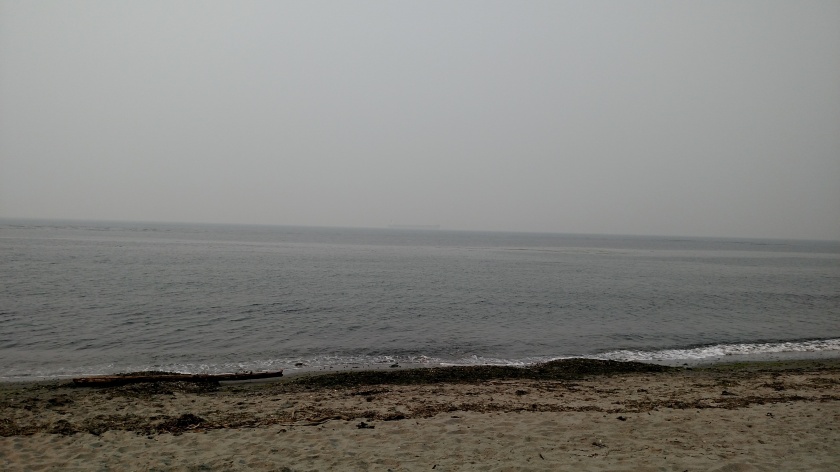 The rest of these were taken Monday.  Air quality seemed a little better today here in town but it went way downhill over where I had been in Port Angeles.  Their Air Quality Index rating today was “Unhealthy”.

This was looking south from downtown over the Admiralty Inlet (which leads to Puget Sound, near Seattle).

These were two small yachts near the Point Hudson Marina adjacent to the downtown business district.

I had never seen a wooden kayak before but here was one on top of a car parked in town. 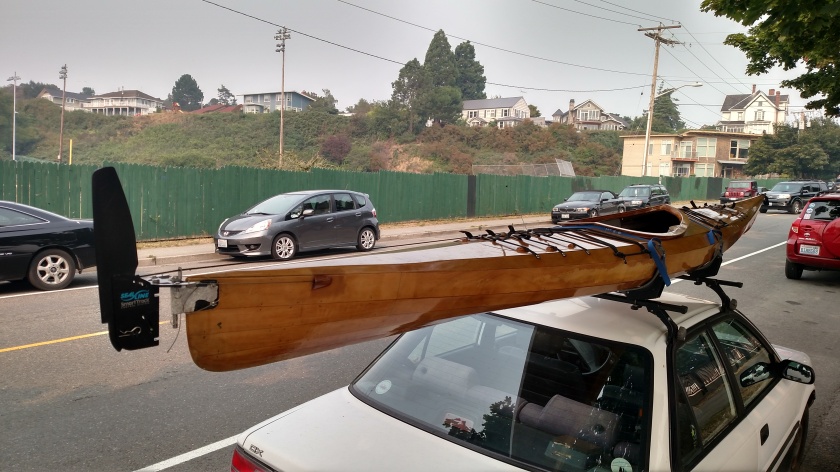 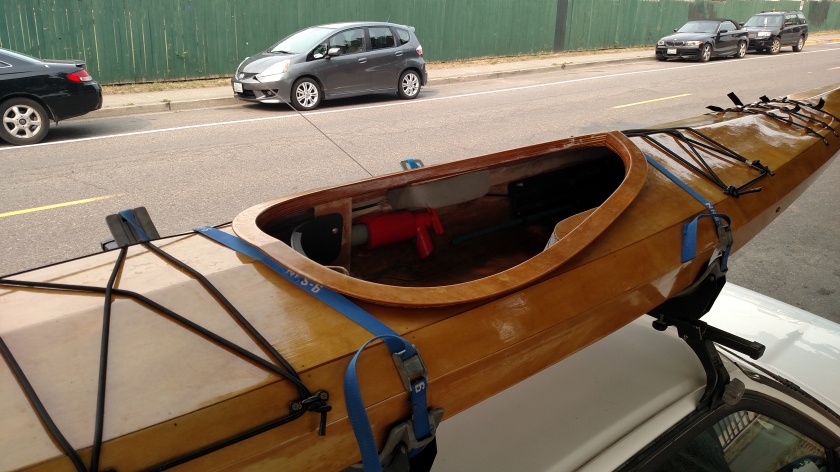 And when walked through Fort Worden State Park to get to the Point Wilson Lighthouse here were some more in a campground – a triple-seater and two singles. 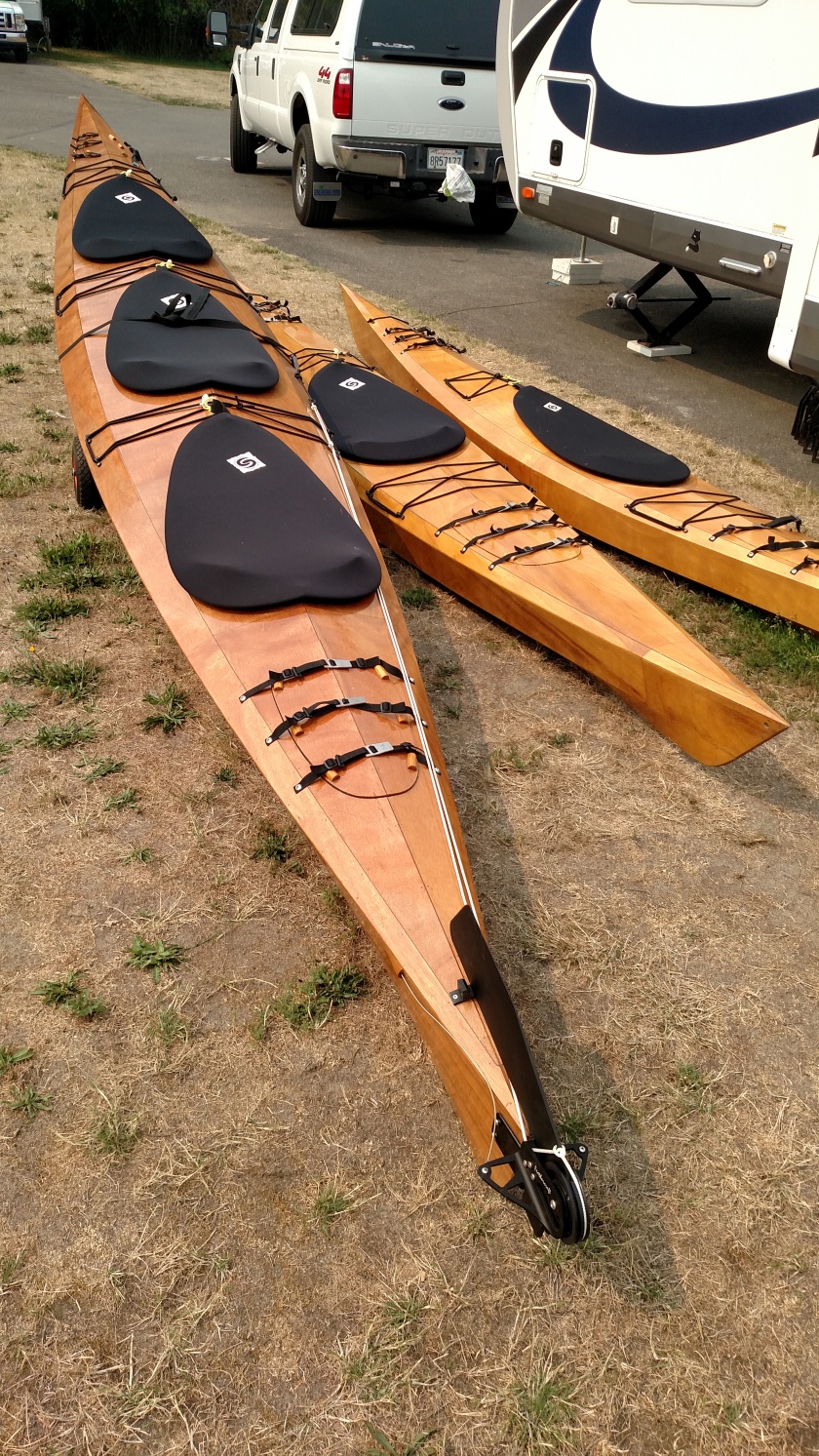 And this is a high-powered whale watching boat which was zipping along on the Strait of Juan de Fuca, probably heading for Seattle.