Friday I drove north from Florence and my next stop which was in this little town by the ocean.  It is spelled like yachts but with an extra ‘a’ near the end.  When you say it the ‘c’ is silent (like the ‘p’ in urine).  Put the emphasis on the first syllable and people will think you’ve lived here all your life…     YA-hots.

This was the view of the beach and part of the oceanfront from the Yachats State Park, about a half mile from where my Airbnb for the next two nights was located.  These were taken early afternoon, at low tide: 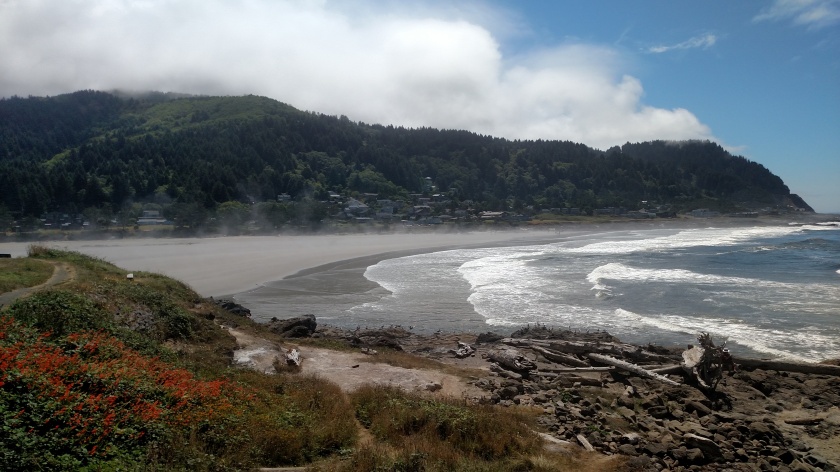 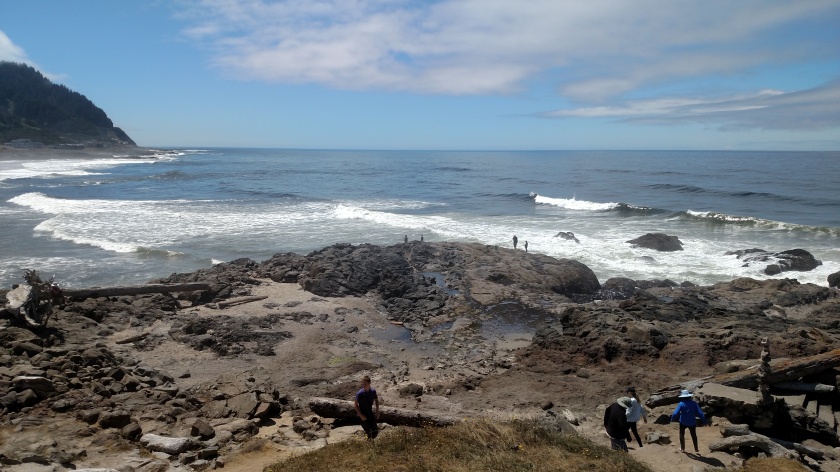 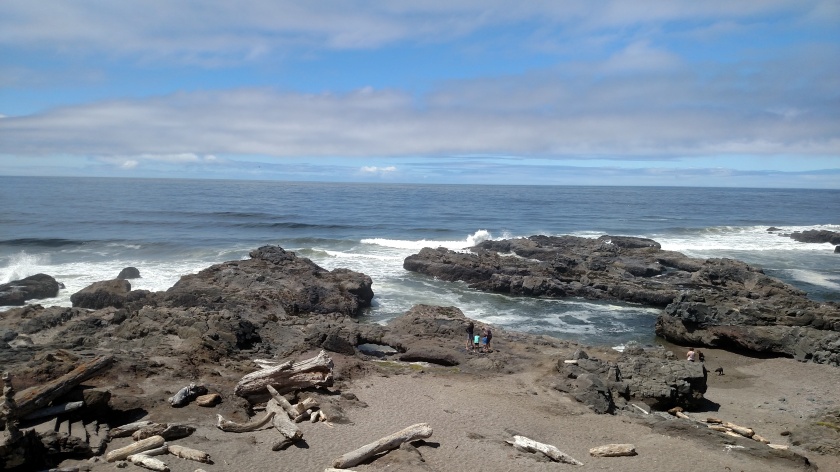 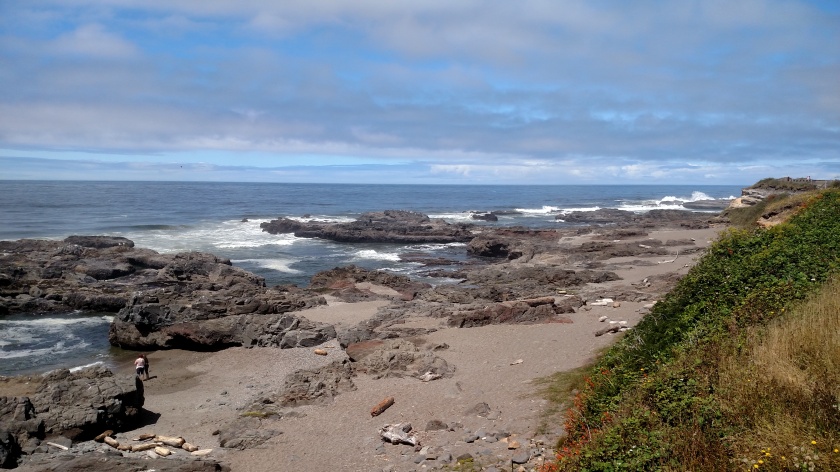 After walking around town a bit I drove about 9 miles inland to see one of the many covered bridges in Oregon.  I was surprised to learn that there are actually still quite a few such bridges in the southwest part of the state. 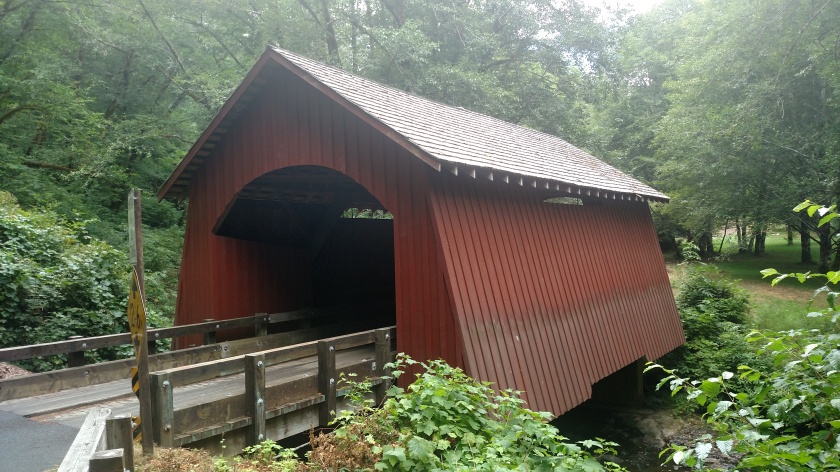 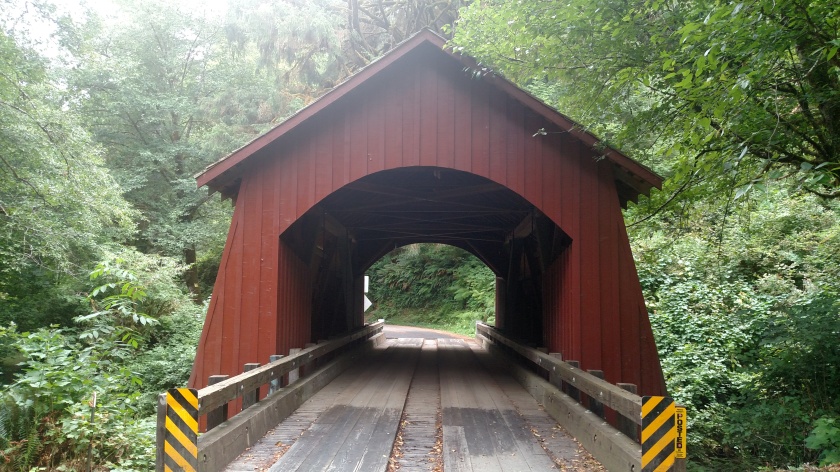 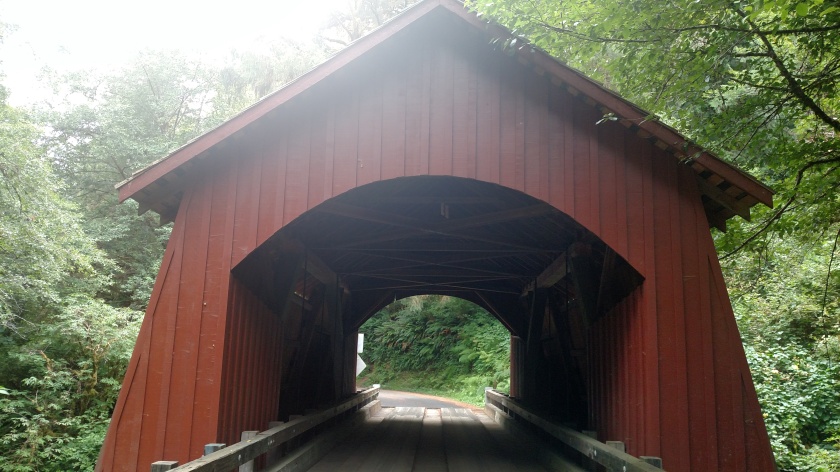 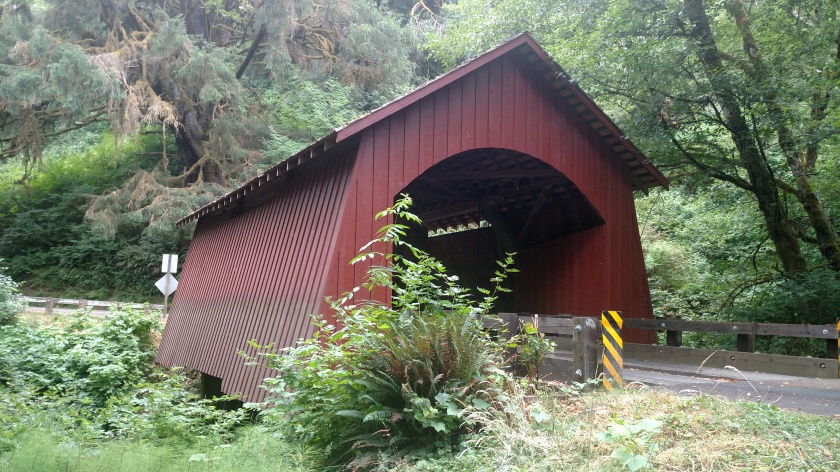 I drove back in to town to see some other sites (and had to tend to a car repair issue which ended up taking the bulk of the afternoon).

At high tide, a little before 6pm, I walked back out to the little park to take pictures of the beach area and that part of the oceanfront again: 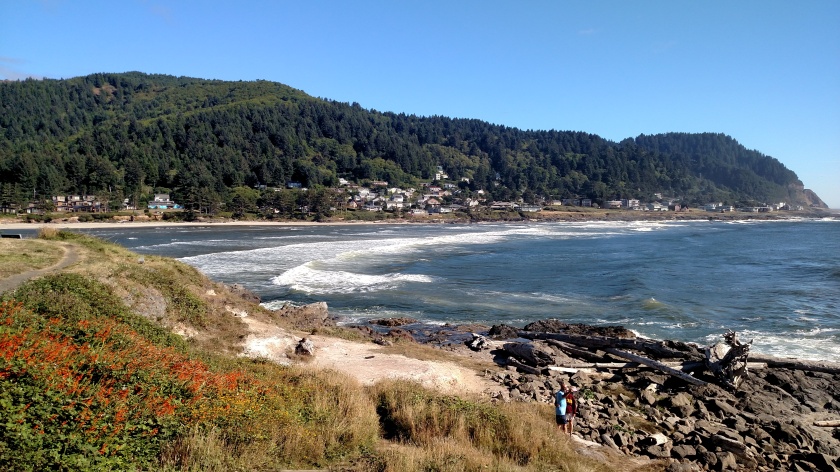 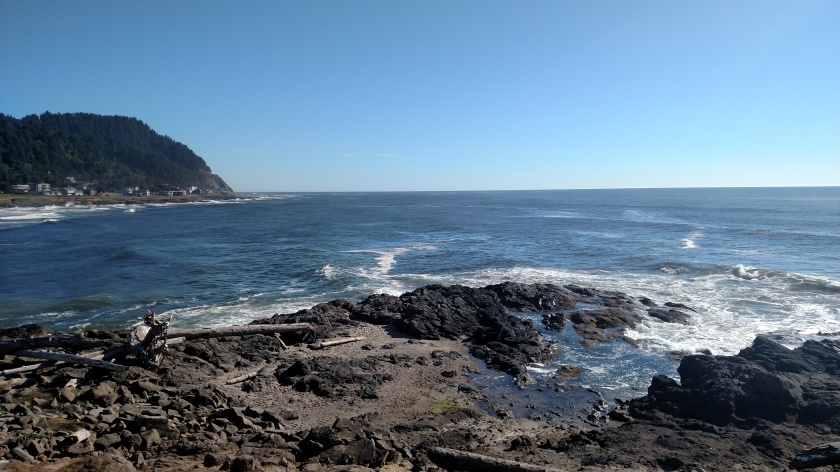 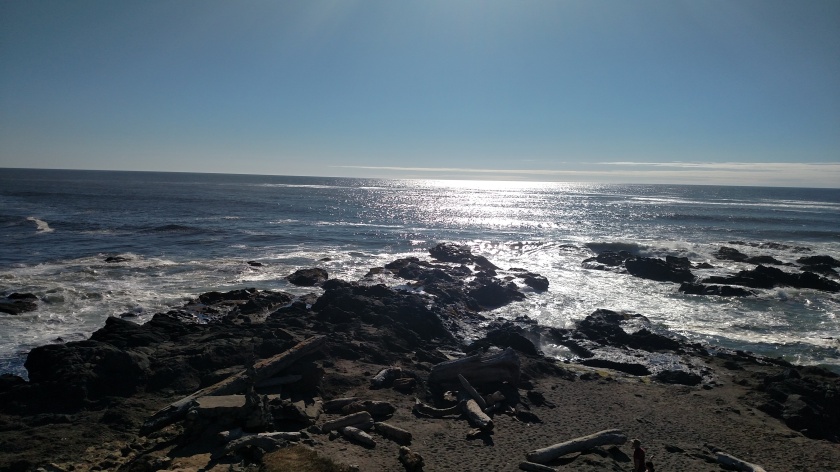 One thought on “Yachats, Oregon”