Cliff Palace is one of the largest cliff dwellings at Mesa Verde National Park.  It has 132 rooms and 32 kivas.  It is normally open to the public for ranger-guided tours but was closed to the general public the day I was at the Park for a special function.  While I was at the overlook taking these photos there was a large group of people on the other side of Cliff Canyon, above and off to the side of Cliff Palace (you can see them if you look closely in the upper left hand corner of the first picture below), and there was a gentleman down in the ruins climbing and walking around by himself.  My guess is it was some type of archeological class and perhaps the instructor was down in the ruins pointing out specific features to his students.  Even if it had been open for tours it sounded too strenuous for me to have attempted.

These were all taken from across the canyon at another overlook: 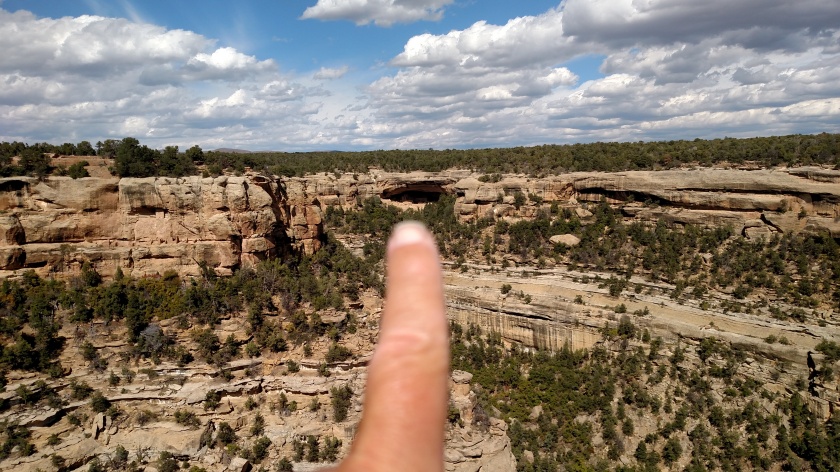 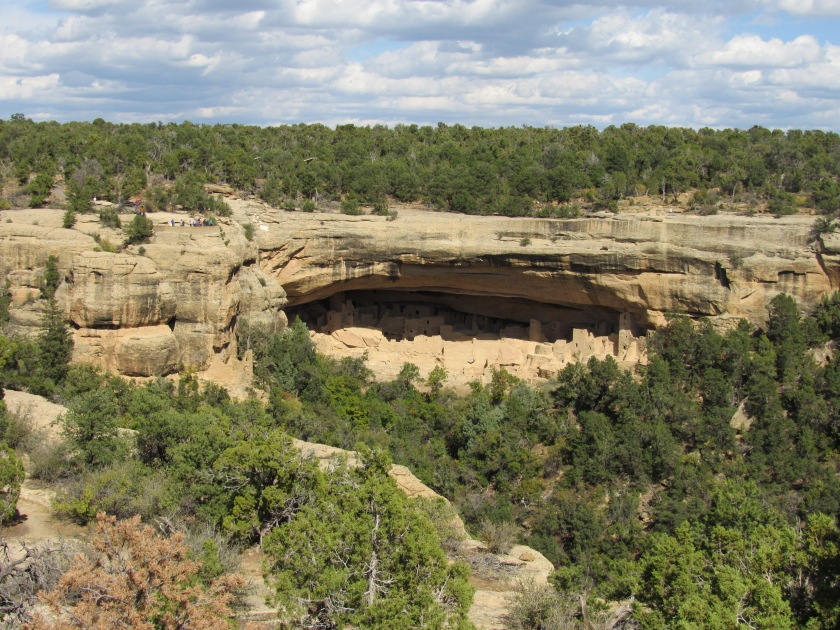 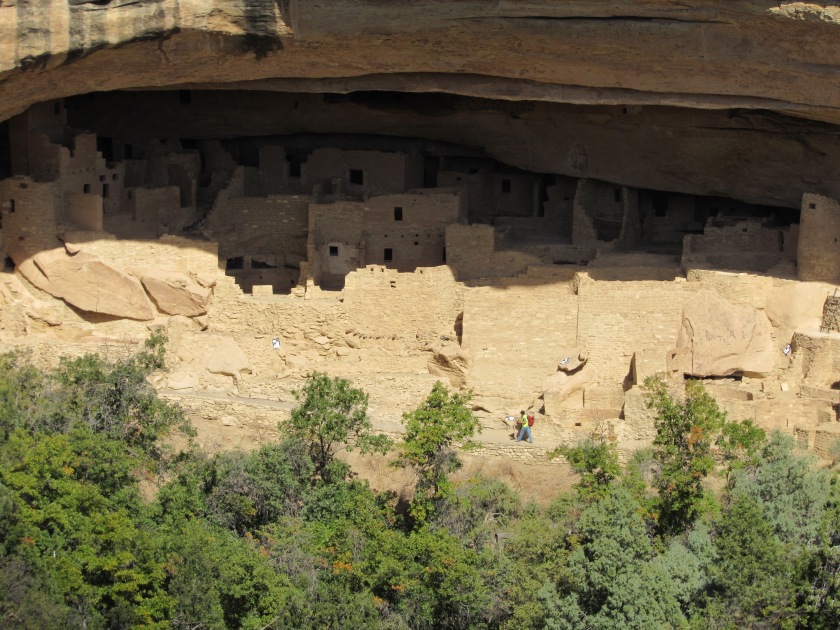 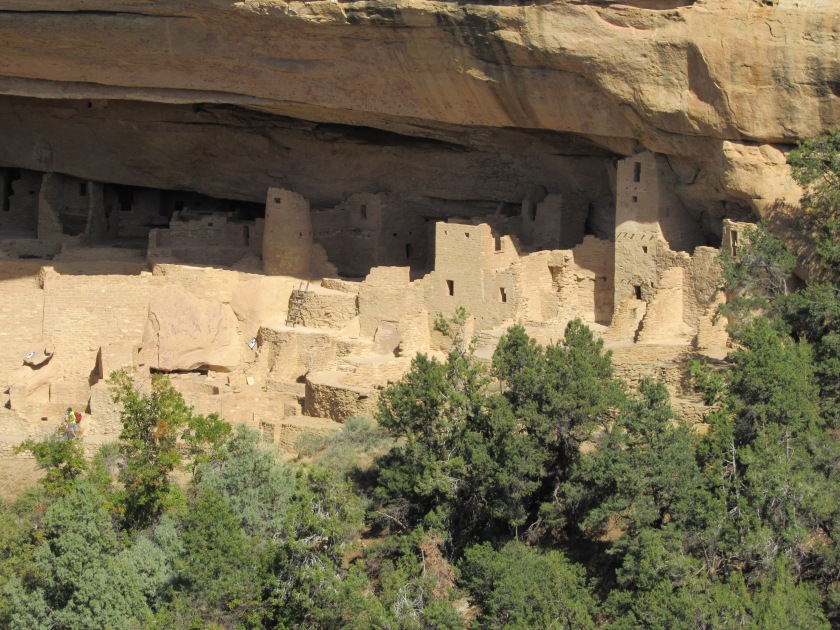 Here are some close-ups.  The color is a little different because I am now looking at areas which are mostly in the shade: 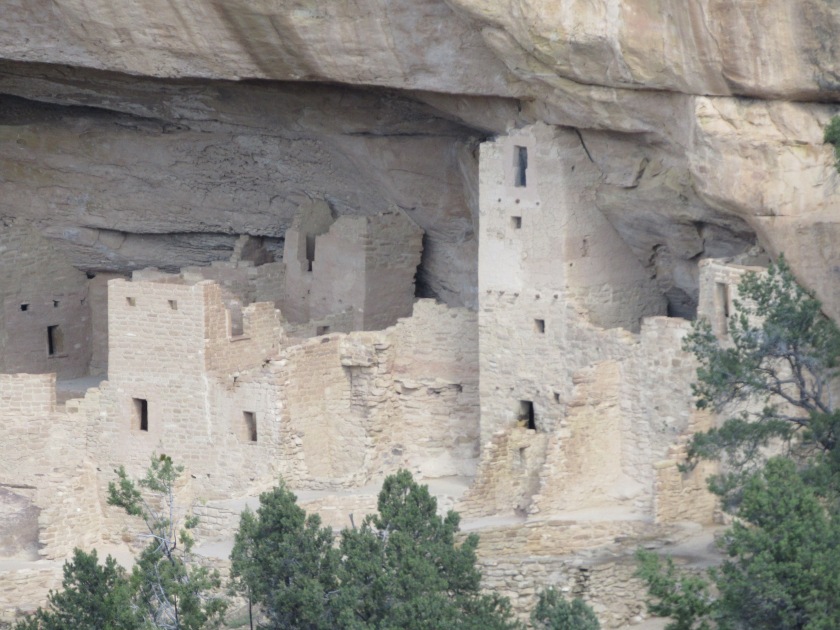 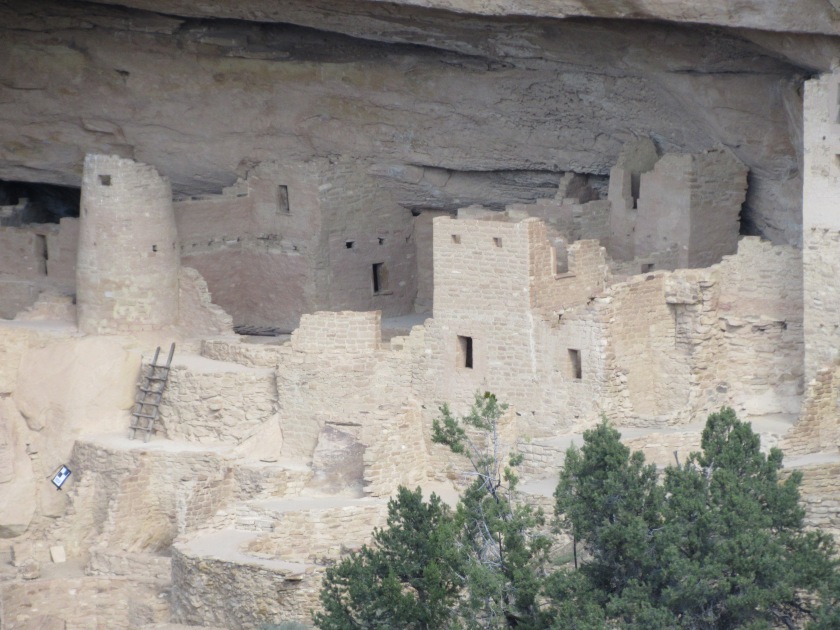 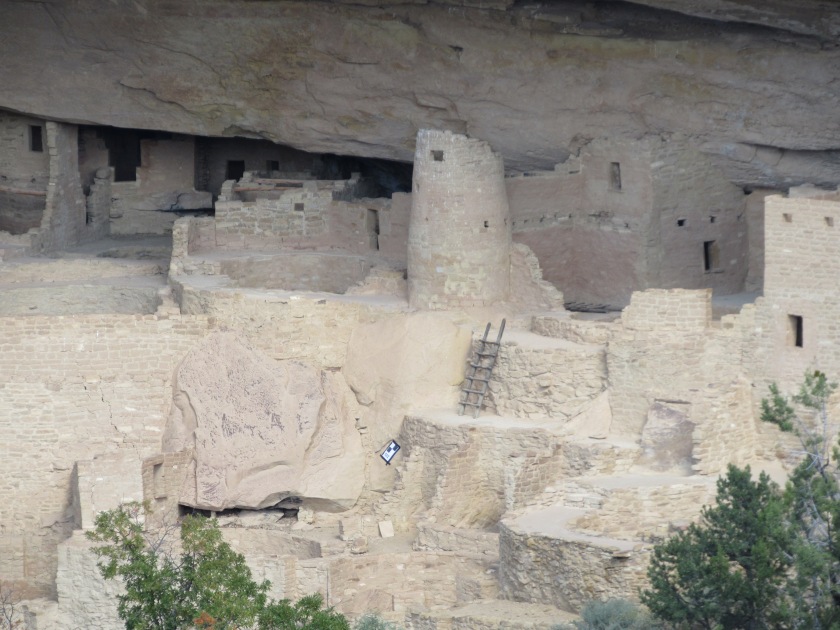 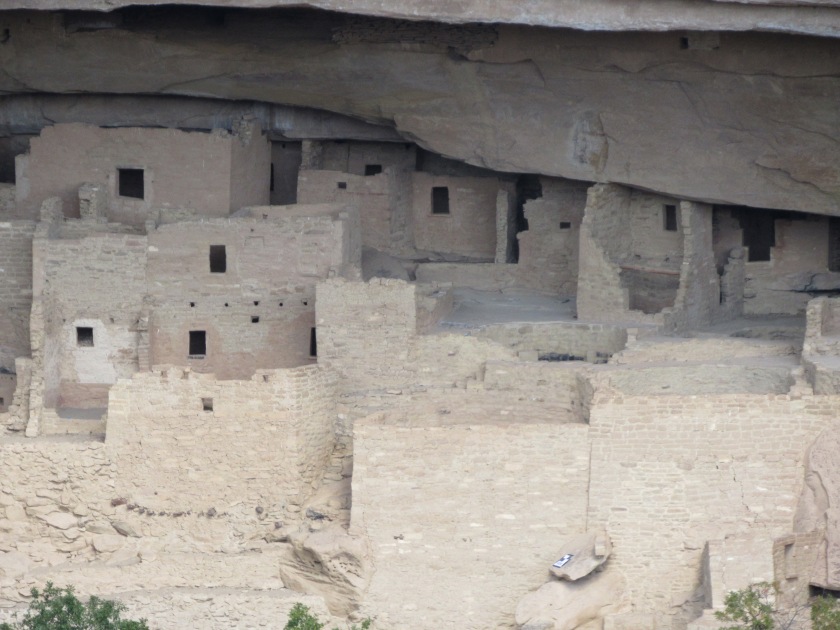 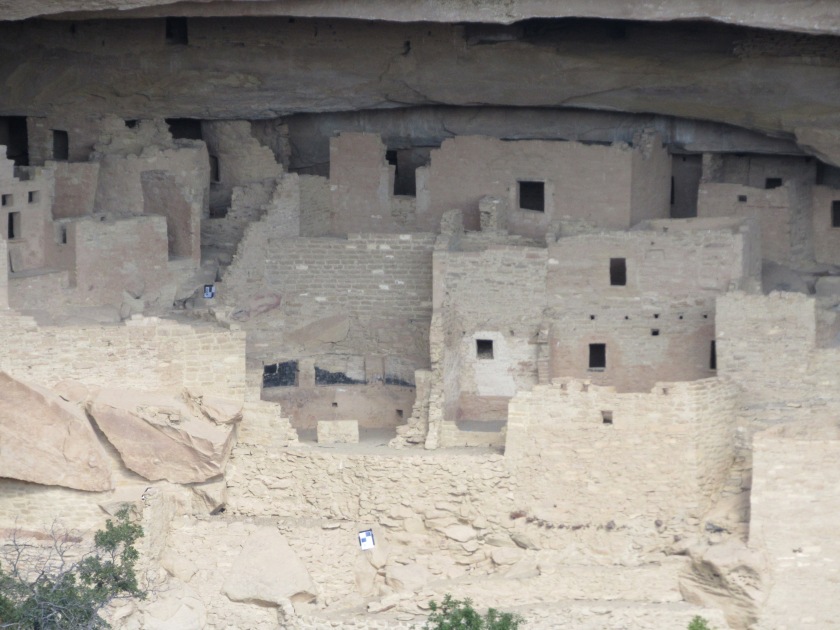 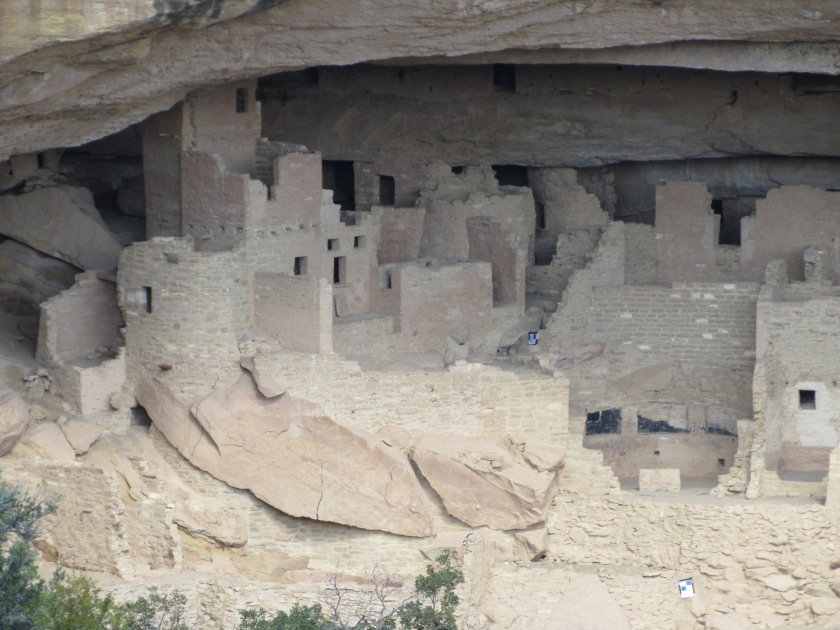