As I neared the top of Independence Pass I stopped after making a hard left turn at one of the final switchbacks.  The first photo is from the driver’s seat, looking back towards the switchback itself.  I was parked safely off the road at 11,977 feet (allegedly).

The next picture was taken after I got out of the car and walked back towards the area beyond the curve which, as you will note, has NO GUARDRAIL (a scarily common practice out west). 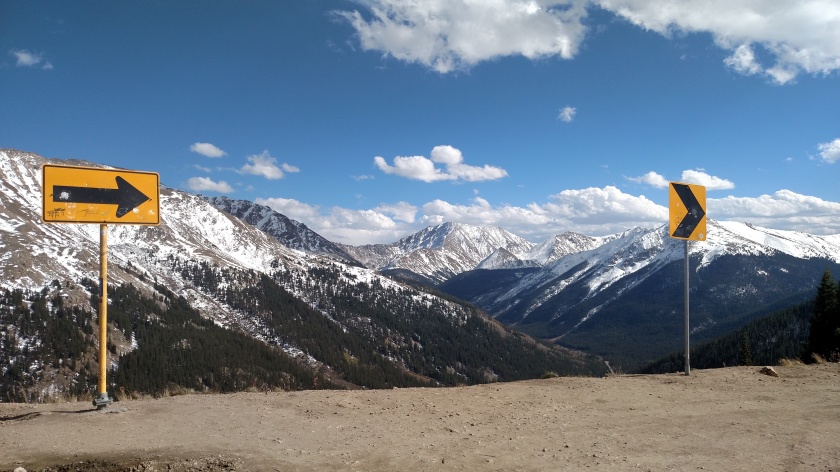 Next, I decided to take one of my famous panorama series of pictures.  Normally I would do them all from one spot but here I did move a little bit between some shots to keep those pesky yellow signs out of the pictures (and to dodge cars which were careening off the edge).  The sequence is basically panning left to right, 180 degrees from where it starts. 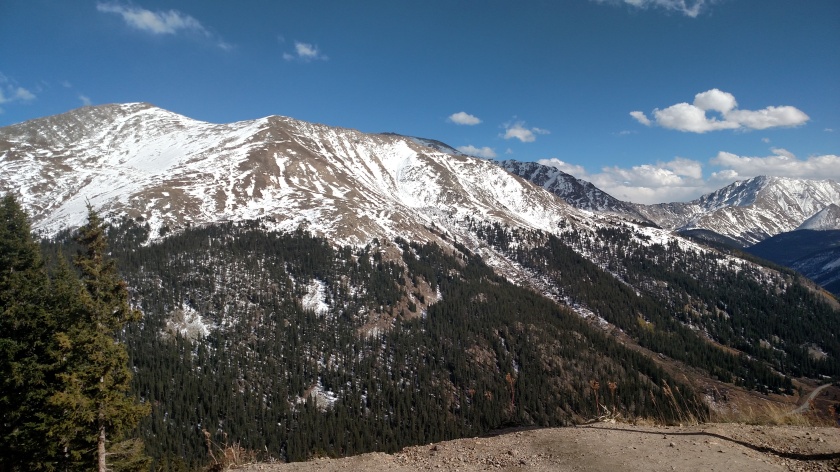 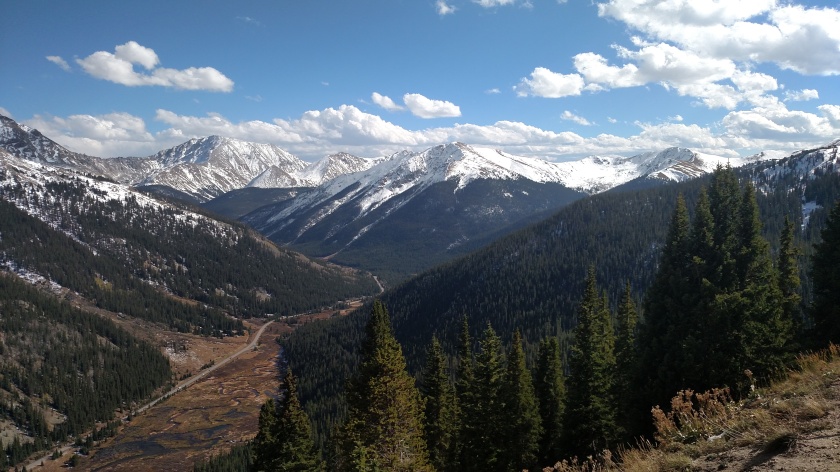 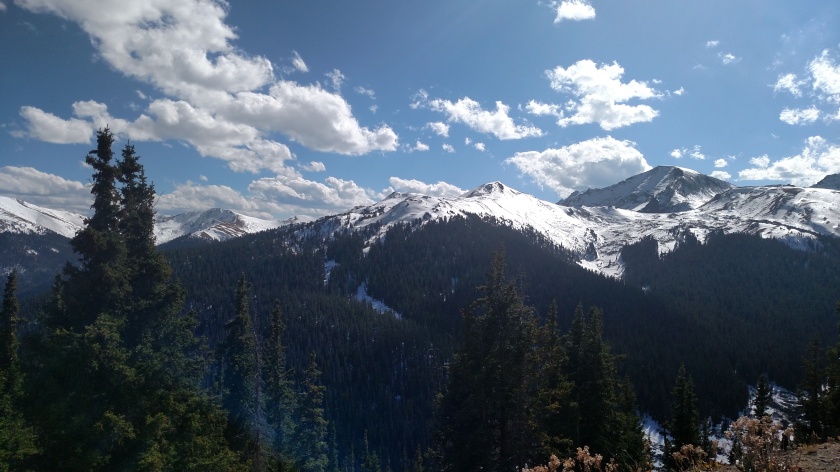