Here is the first group of pictures I took on Friday.  There was a red fox enclosure right next to the Visitor Center and that is where the tour started.  This fox is actually a cross-breed with an Arctic Fox so it’s coat is much lighter in color.  It was laying curled up in the sun but would occasionally move it’s head around and look up at us. 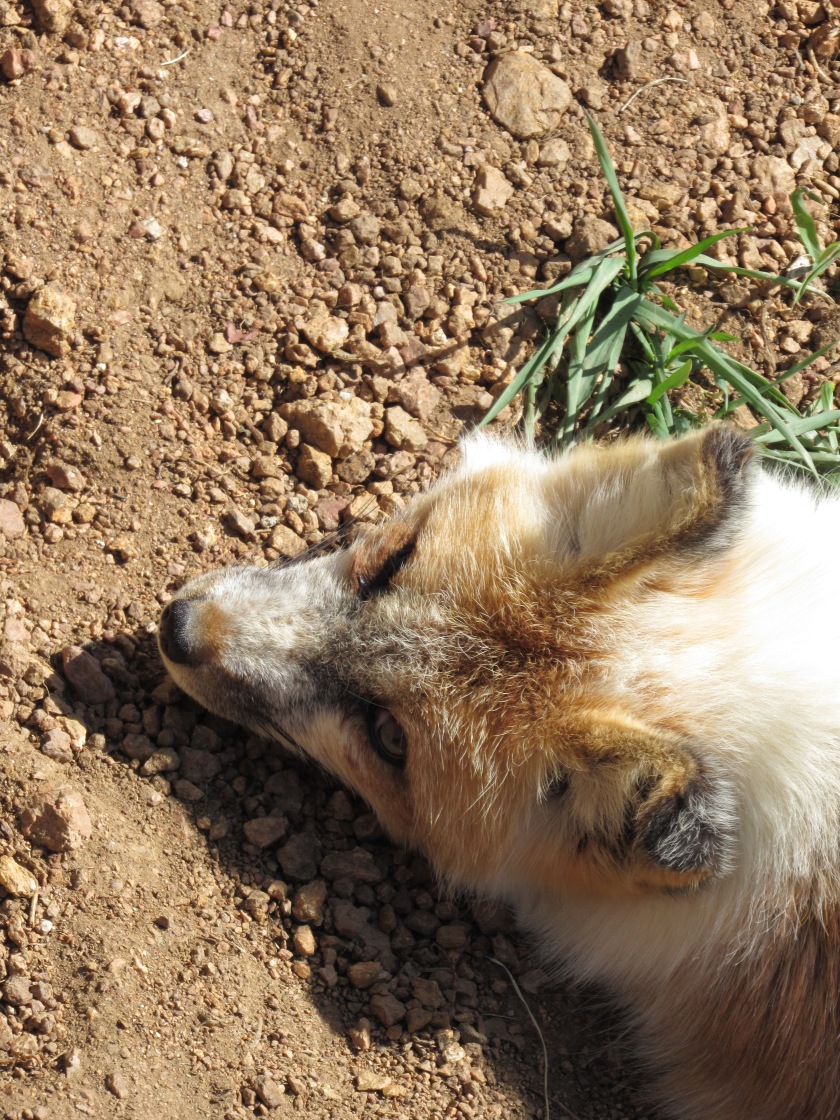 You’ll see red red foxes at the end of the third picture post.

Next we went past several very large enclosures which had a variety of types of wolves, as well as one with coyotes.  The only type of wolf I mentioned which they do not have here are red wolves which, ironically, are now only found in North Carolina.  They are on the “critically endangered” list and there are believed to be less than 50 left, mostly falling prey to human hunters.

You’ll see coyotes at the start of picture post 2, but here are some of the wolves.  All of the enclosures had the names of the animals listed although I was so busy taking pictures that I don’t remember which is the male and which is the female, and I won’t try to associate names and faces.  There were signs at some, but not all, enclosures which gave details about what type of wolves you were seeing and information about them.

If you want to see more pictures and learn the names, and the meaning of the names, go to their website at wolfeducation.org.  There you’ll find bio’s of the current, and past, animal population here at the Center. 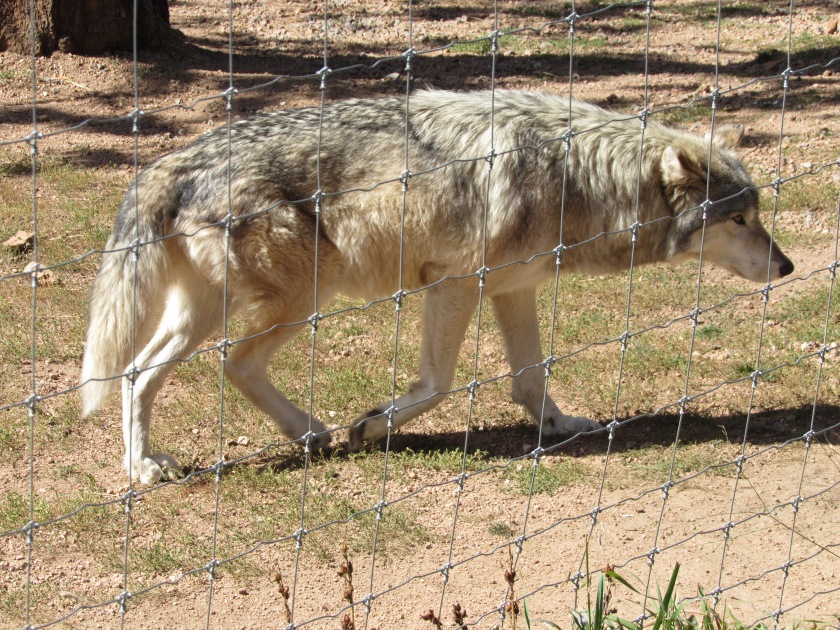 Here is one of the wolves at the fence near our guide, Chantae, who would give them treats.  She is about 5′ 5″ so that gives you some idea how big the wolf is.  Coyotes are generally around 25-45 pounds and wolves are generally twice that big, averaging 50-100 pounds. 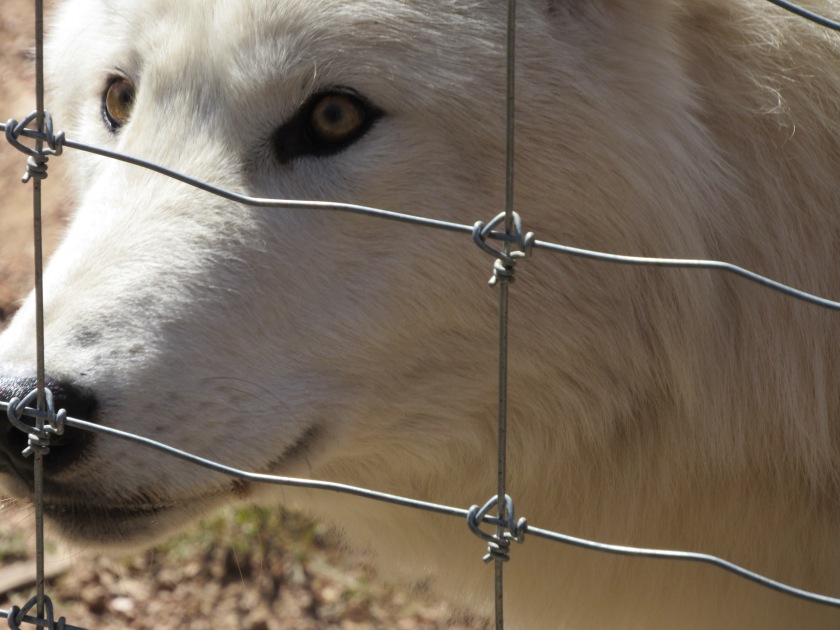