As I drove west on Route 50, this formation was on the opposite side of the western-most Basin (Sapinero) of the Blue Mesa Reservoir.

Zooming in a little closer, where the left end meets the water is thought to have formed 150 million years ago.

The little crown at the top off the next portion is thought to have formed 28 million years ago. 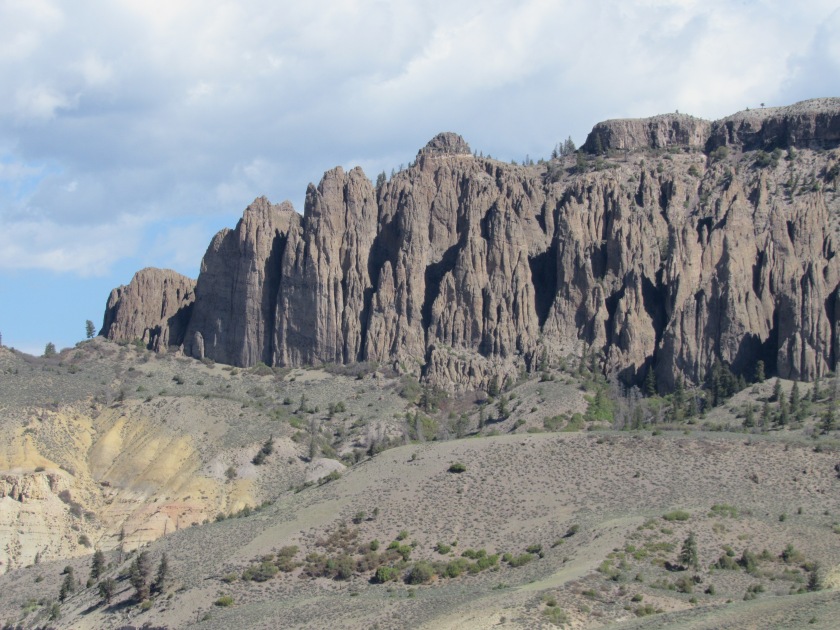 And finally the right portion of the formation.

Here is the same formation Wednesday morning when it was not quite as cloudy. 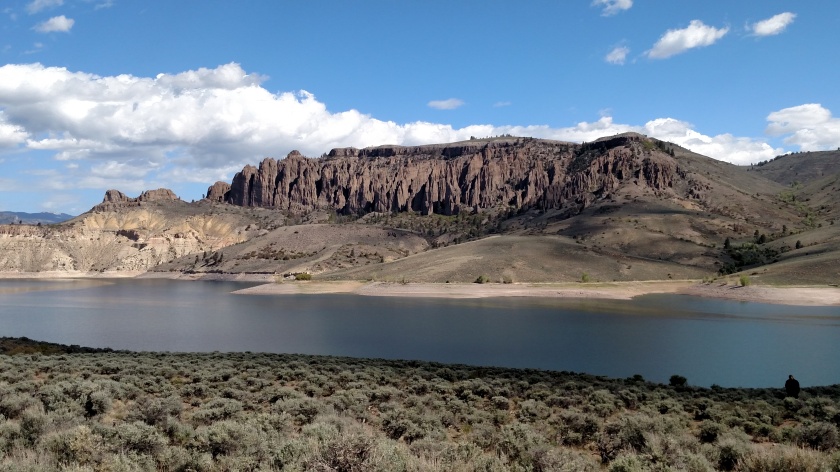 One thought on “Blue Mesa Pinnacle”