As we approached the next to last Shuttle Bus stop in the Park the driver told us to look up to our right to see some mountain climbers.  I couldn’t spot them as we drive past but when I disembarked at that Shuttle Stop I finally saw one of them.

Look at the bottom of the white horizontal stripes: 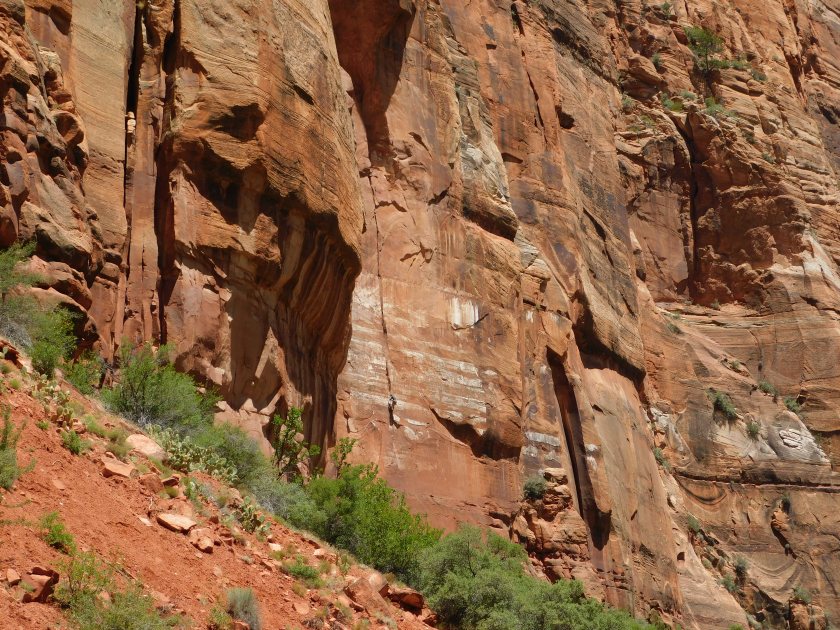 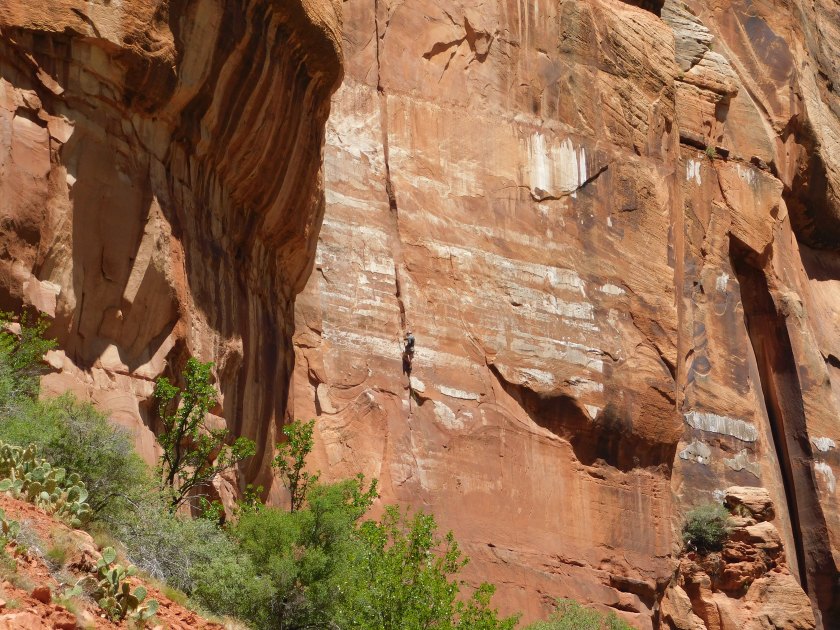 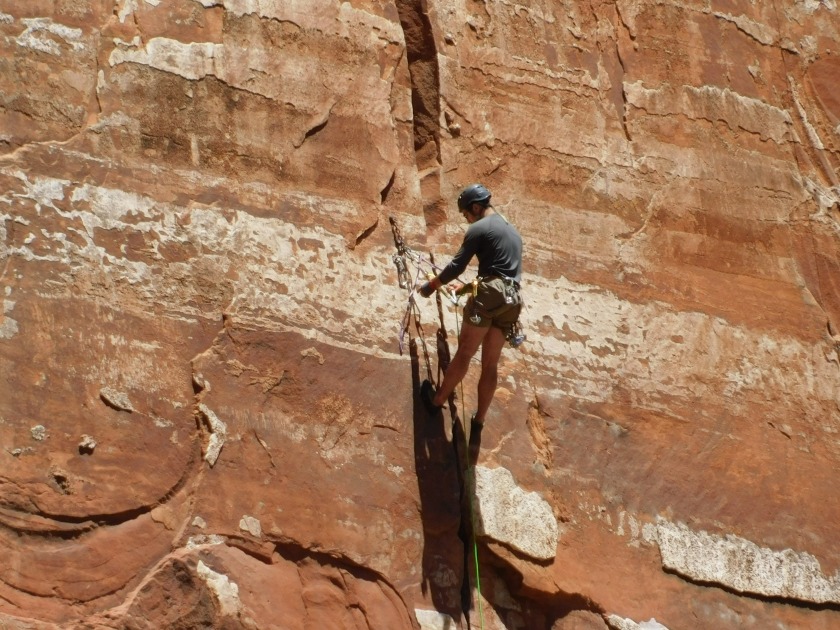 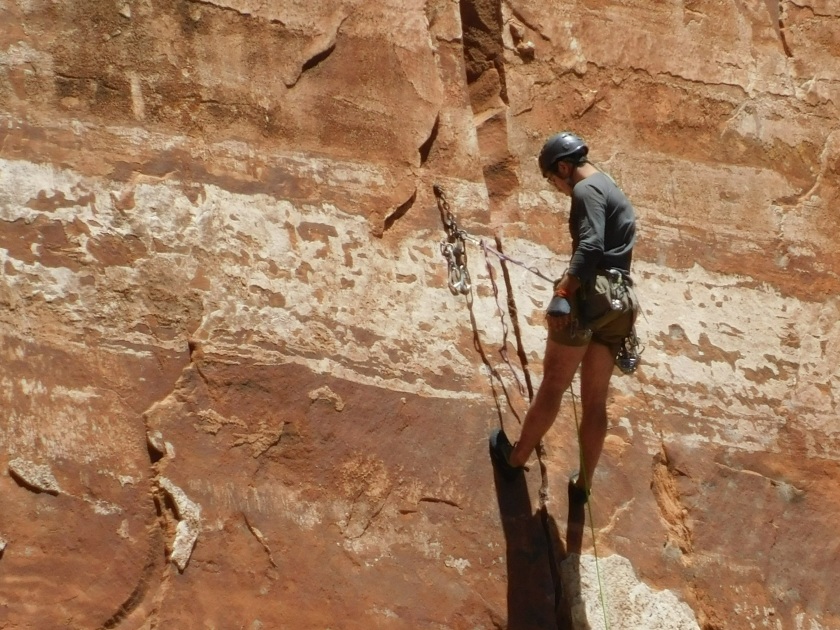 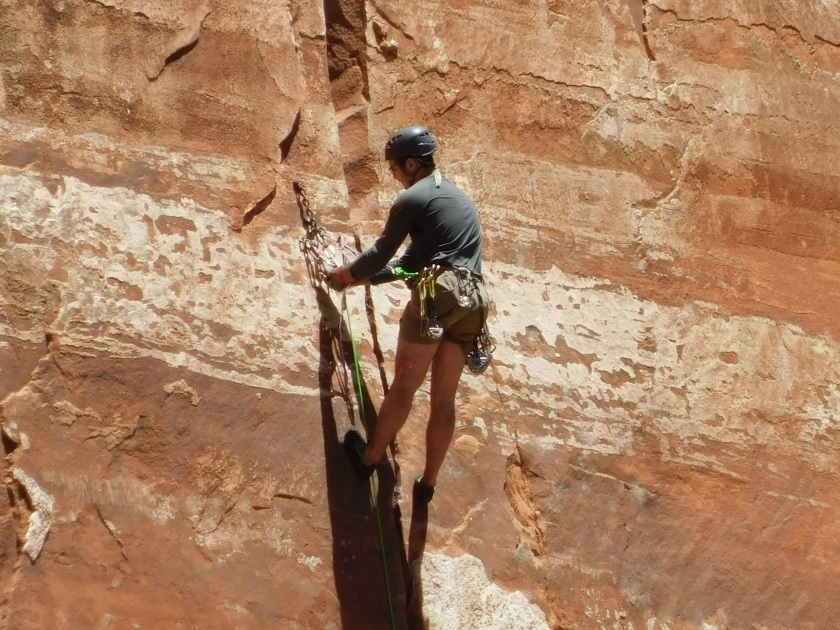 I waited at the Shuttle Stop for a while hoping they might come out to ride the Shuttle back to the Visitor Center.  Sure enough, about 15 minutes later they emerged. 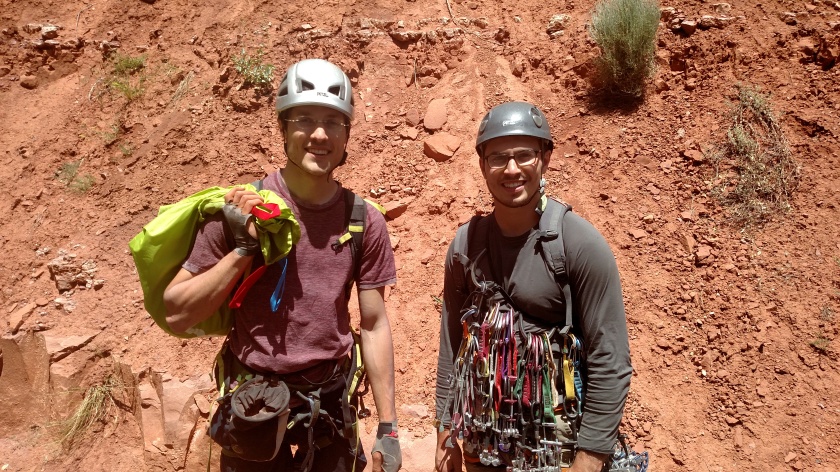 They are both from the Midwest and came out Utah to do some climbing.  I thought they had descended from the mountain because of the high winds (there had been a weather advisory on the radio in the morning warning of gusts up to 50 mph in the afternoon) but they said no, wind was not a problem.  They descended because they were going to scope some other spots in the Park to find “a better climb”.

One thought on “Mountain Climbers in Zion”