After I left Stovepipe Wells Village I continued driving west.  I stopped on a downhill slope to take some pictures and I noticed some people standing in the road, maybe a mile ahead of me.  When I resumed driving I reached them and discovered it was four young people who were posing in various scenarios in the road for pictures.  I turned around and went back to ask if they wanted a picture of all of them together.

Turns out they are from Italy and are visiting the US on holiday (I told them I have a friend in Durham who is in the US from Rome as a grad student at Duke University).  After I took pictures with their cameras I started to drive away, but stopped again and walked back to ask if I could get a photo for the blog.  They happily obliged. 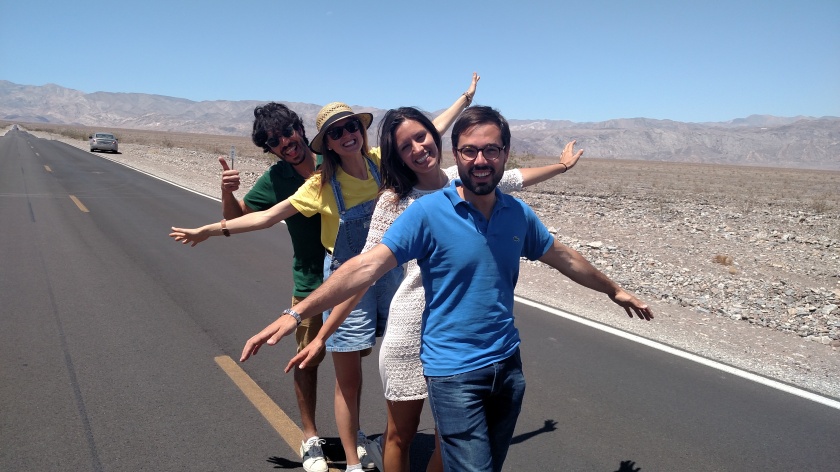 And after that photo I continued driving west out of Death Valley… so I say Ciao!, leaving it behind for others to enjoy.

2 thoughts on “Buon Giorno… and Ciao!”