Before I post pictures from last Saturday, let me sneak in a few from after I arrived out at the California coast on Monday afternoon and evening.  I did, in fact, see some surfers but they seemed to be pretty picky about the waves they tried to ride so it was a lot of waiting and not much picture taking.  The tide was coming in and the waves were kind of high but not as high as I was expecting (or the surfers, apparently).  I’m sure I will see more today, both here and further up the road. 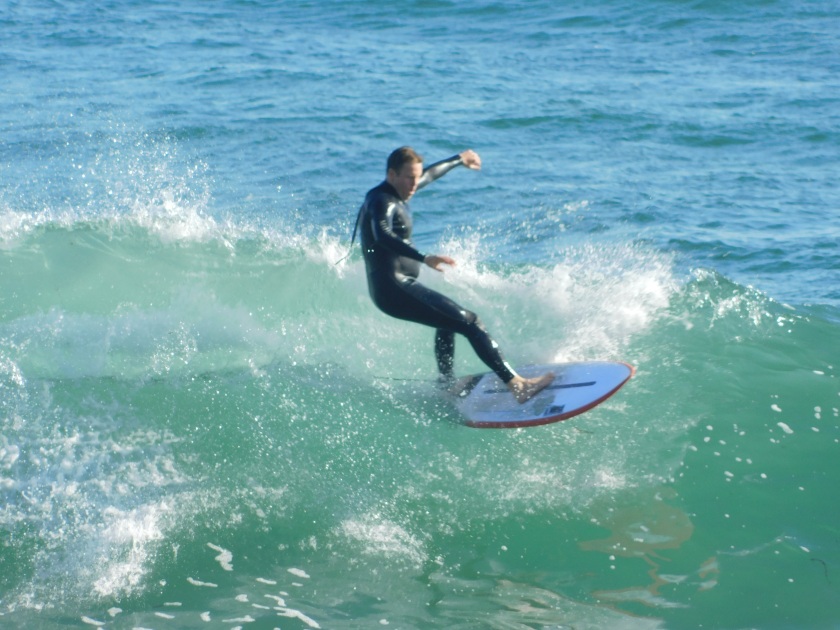 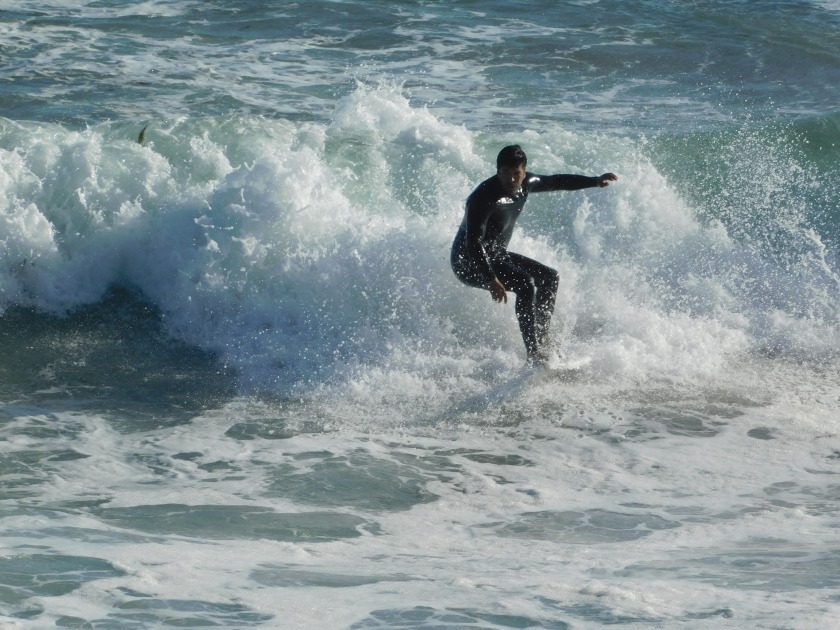 I had driven further up the coast from Malibu and was now near Point Mugu State Park (pronounced like Mr. Magoo.  If you are too young to know who Mr. Magoo is, look it up).

The seagulls out here are HUGE.  They appear to be almost twice the size of the ones in North Carolina.  Maybe it was just an illusion, and I will try to get some photos of them near people or common objects.

This was taken around 6pm local time, as the sun was getting low in the sky.  The hills in the distance, which are not that far away,  are not clear because of the haze and smog (although they looked a little better to the naked eye – and with sunglasses on).  This was taken from the shade provided by a gigantic rock formation between the PCH (Pacific Coast Highway) and the ocean.  I will be heading a little further north today so hopefully the further away I get from Los Angeles, the better the air quality will be (and photos).

One thought on “Surf’s Up”