And yes, I am using the proper tense – unlike the White House in their erroneous press release concerning Iran’s nuclear program.

Sunday while on a scenic drive on Route 4, north of Sonora I stopped at Alpine Lake, a very nice spot where many folks were enjoying the day near, in and on the water. 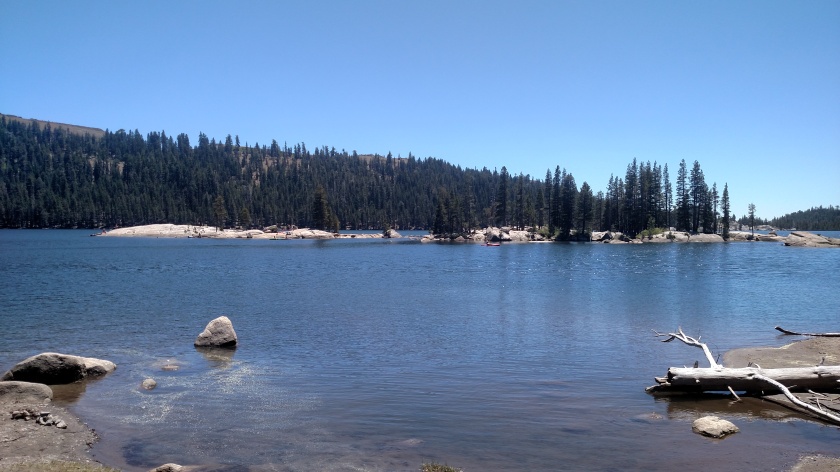 Shortly after taking those photos, and more which I will post later, a bald eagle swooped over the lake from left to right, probably only 20 feet above the surface and maybe 40 yards ahead of me.  Here is a photo of the eagle in flight:

Well damn.   That didn’t exactly work out.   Getting a bird in flight, zoomed in and focused is very difficult, especially when you weren’t expecting it.

Well, the eagle flew up and landed at the top of a dead tree: 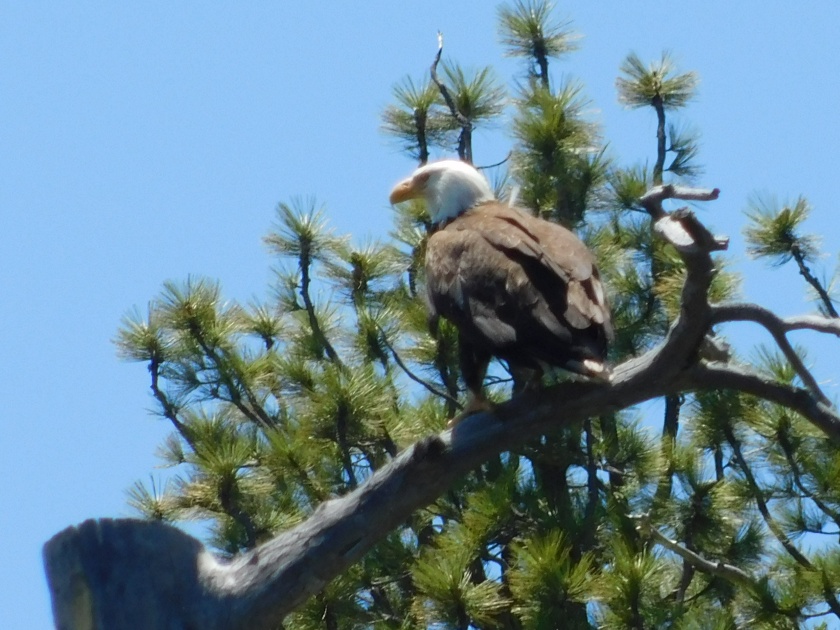 He or she (it’s hard to tell adult eagles apart) sat up there looking out over the lake.  When some folks I had been talking to alerted me that if I walked up the path next to lake I could get a closer look I changed positions:

Then I walked even further up the path to see if I could get photos looking at it from the front.  Well, just as I found the perfect spot the eagle flew away.  I waited a while to see if it would come back and then walked back down to where I had seen it originally.  Well, sure enough, it came swooping by again and although it headed for the same tree it turned left and headed for another tall, dead tree.  I scooted up the path but again, when I got to the perfect spot it flew away.  I waited 45 minutes (in a shaded spot where I could see both trees) but had to move on as I still had lots of territory to cover.

Here is what could have been.  Just picture the eagle sitting on both of these spots facing the camera: 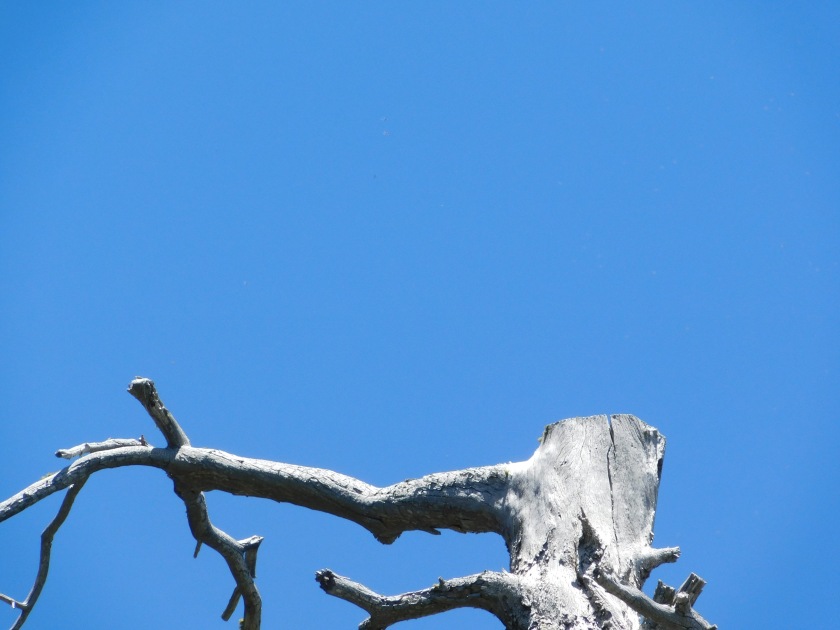 Depending on how much I get done in the next two days I may well go back up to Alpine Lake and try again.  It really was a perfect spot on the path to watch both trees and at 2 o’clock in the afternoon I was on the shade and the sun was in a perfect spot for pictures.

I have been keeping an eye on tall, dead trees as I drive around but haven’t seen any more eagles.

One thought on “The eagle had landed”