For three nights I have been staying in Glasgow, just north of this town in southwest Oregon.  With a population of just over 16,000, Coos Bay is the largest town on the Oregon coast.  It also has the largest deep-draft coastal harbor in the state.  As I write this there is a huge cargo ship down on the inland portion of the Bay which is loading an incredible amount of logs to be taken somewhere in the world.  The Coos River creates a large bay on the east (inland) side of the city, then bends around on the north side (I have to cross a bridge there to get to where I’m staying) and creates another bay on the west side of town before opening up out into the ocean.  That west bay, between Coos Bay and Charleston is where most of the fishing boats dock.  The two big industries here are fishing and logging.

Monday morning I went downtown and spent some time along the boardwalk, which runs along the inland bay.  This is the calmer side where most people dock their pleasure crafts.

This is a little restaurant which sits right down by the water:

Before they opened at 11 o’clock I could watch this guy skillfully cleaning fish outside the building:

I hung around until they opened and had a bowl of clam chowder.  While I waited I checked out this old, restored tugboat which was on display under cover up along the boardwalk:

And while I was on the upper platform looking down on the boat I caught these birds out on the posts which support the dock: 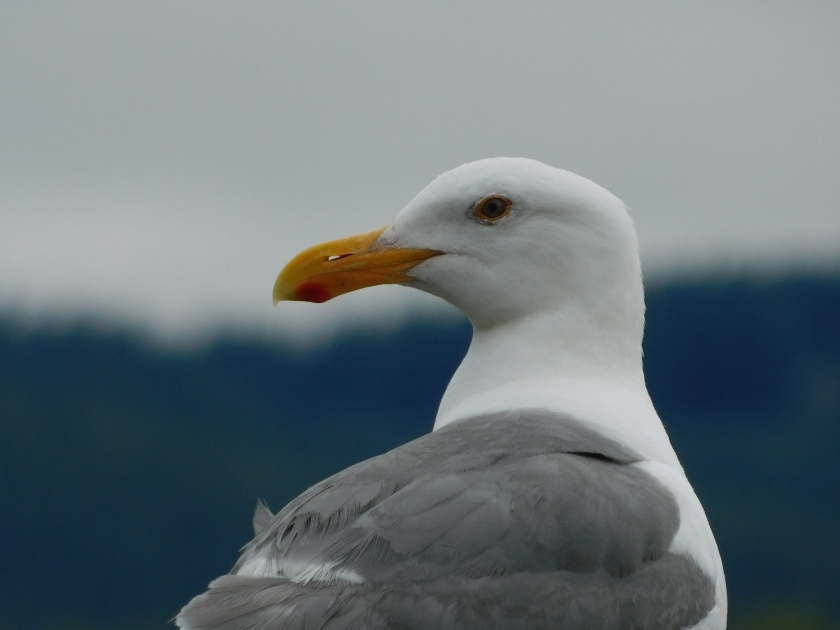 At first I thought this gray bird was lying on eggs but he or she got up at one point to shift positions before taking a siesta and I didn’t see any eggs. 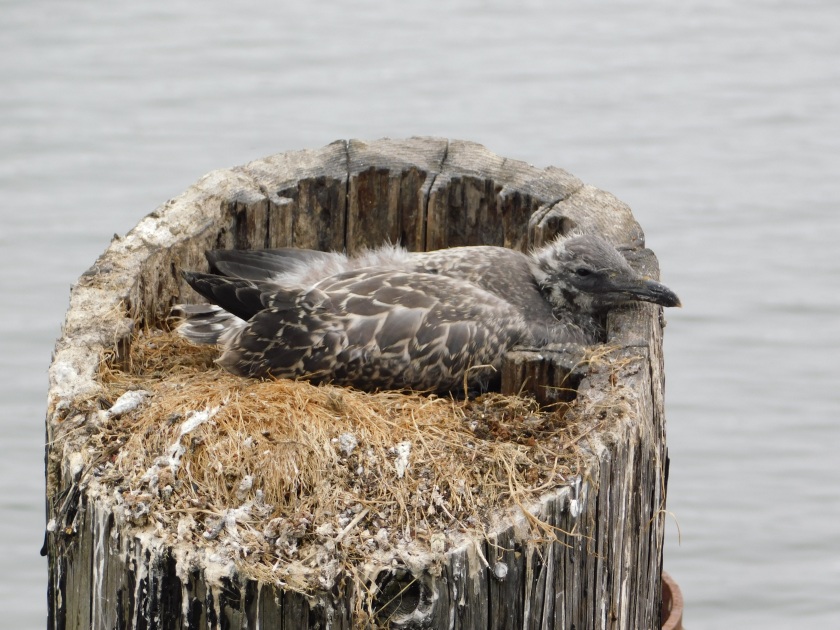 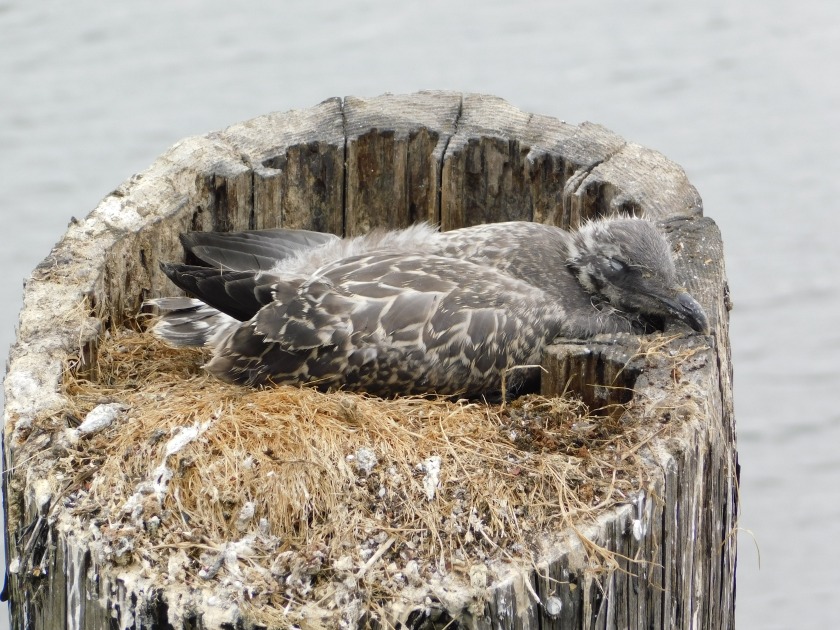