There is a scenic road which takes you south along the coast a few miles from Charleston, Oregon, not far from Coos Bay.  This was the area from which I could view the Cape Arago lighthouse and also has two State Parks, one of which I will be posting pictures from tomorrow.

Along that road is an overlook which allows people to watch and hear the activity out on the rocks offshore.  This is where literally hundreds of seals and sea lions like to play in the water and, more often, nap and “sing” on the rocks. 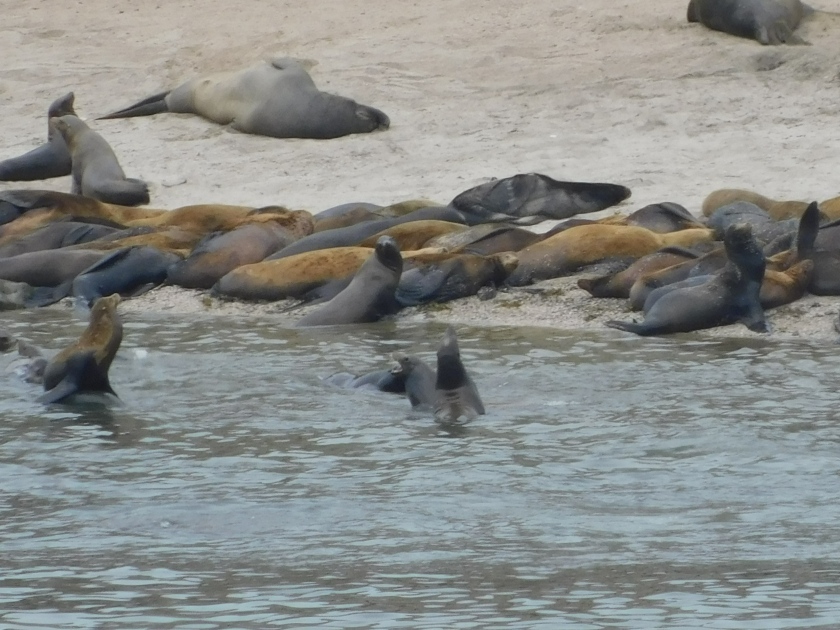 There are different types of both animals which hang out along this part of the coast and their “barking” goes on non-stop.  It sometimes has a very rhythmic, musical quality to it.  Sea lions are generally smaller in size that seals and the easiest way to tell them apart is how they use their flippers to move around on land.

This seal evidently had barked himself to the point of exhaustion. This sequence of shots were all taken within a minute:

One thought on “Simpson Reef”