This was all I could see of the Cape Meares lighthouse as I walked the long hill from the parking area: 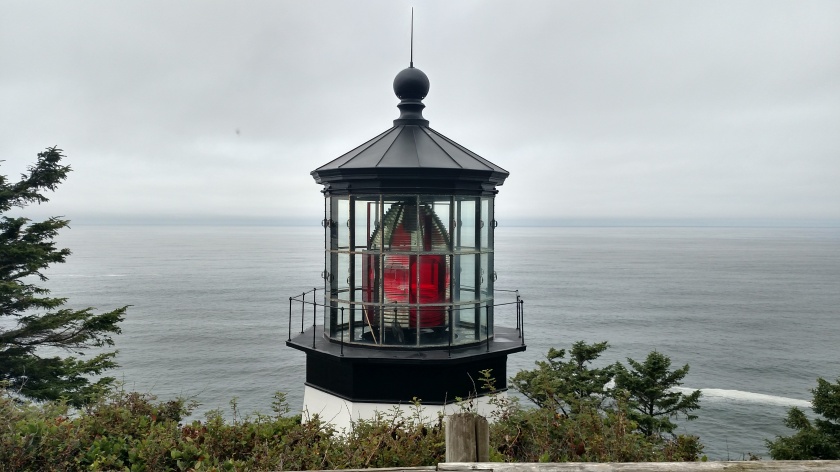 And as I learned when I walked down two more shallow ramps, there wasn’t much more to see! 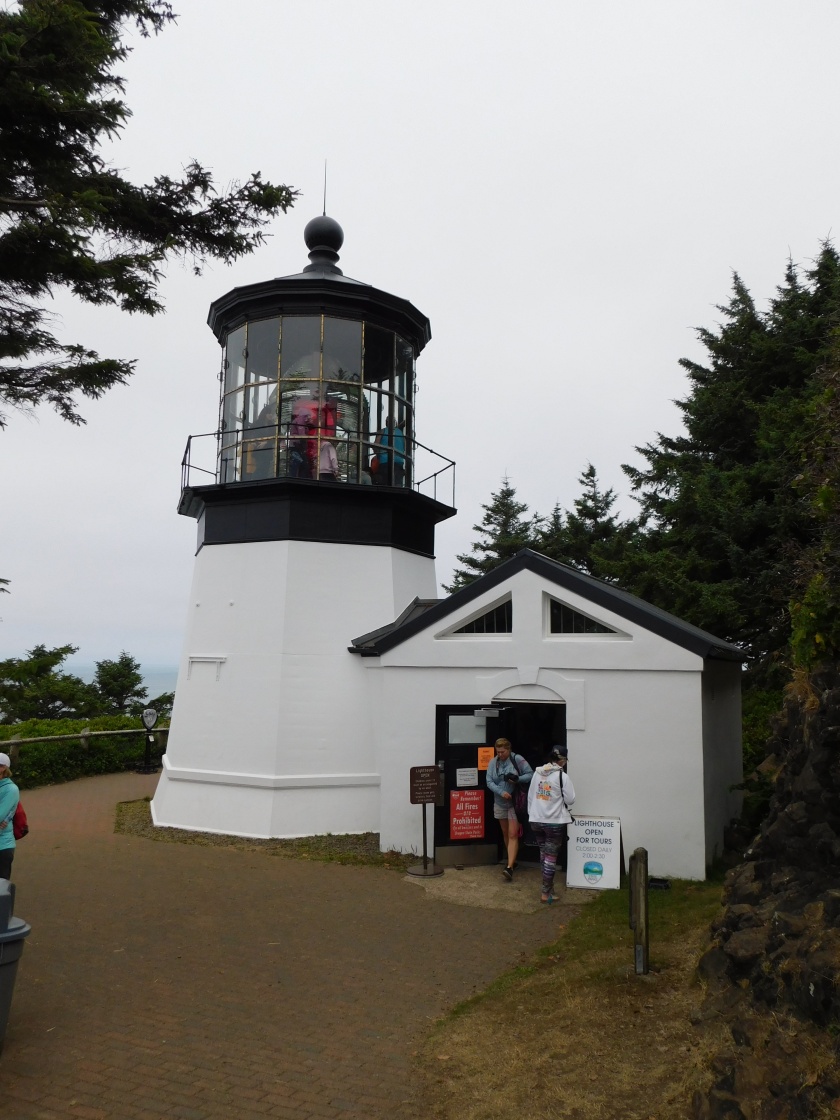 This is the shortest lighthouse on the Oregon coast, at only 38 feet tall.  It sits 217 above the ocean a little northwest of Tillamook, Oregon.  It was first illuminated  in 1890 and was taken out of service in 1963.  As you may be able to tell from the first picture it also had a red and white lens, similar to the one at Umpqua River.

As I walked back up the long hill to my car I saw these large rocks off the coast to the south:

From the first angle I could see two holes under the rocks, one in the largest and one partly visible in the one furthest to the right. 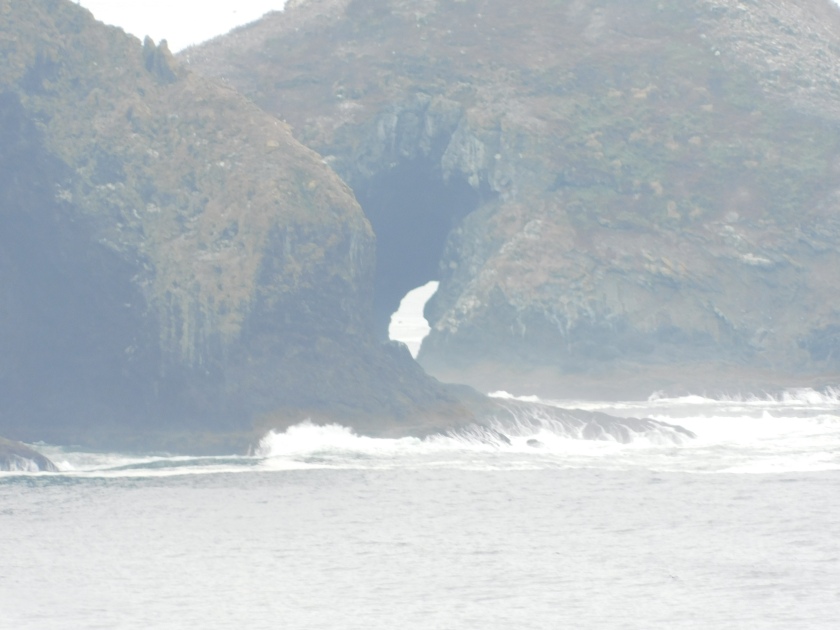 By the time I got up to the car the angle had changed slightly so I could only see the hole in the largest rock. 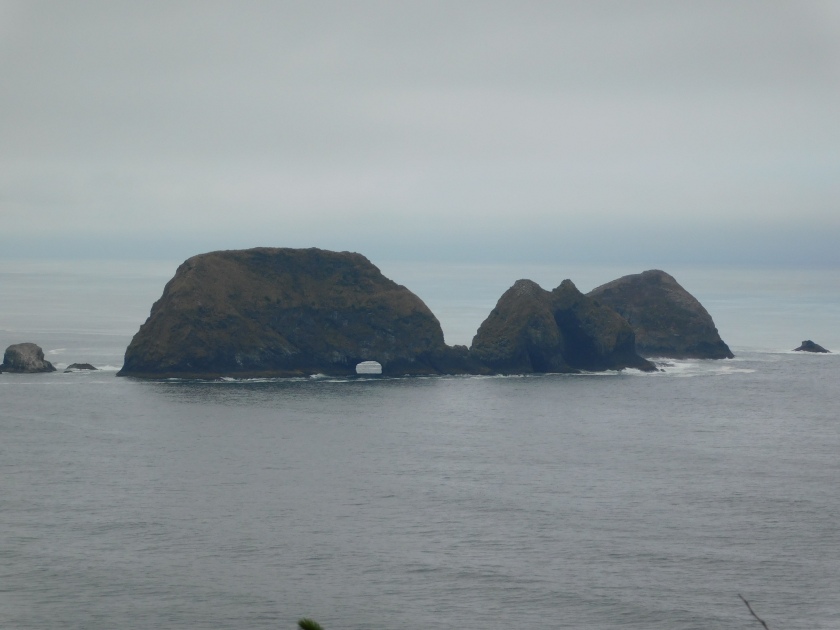 One thought on “Cape Meares Lighthouse”