Sunday I drove north from Yachats to Depoe Bay and stopped at a State Park called Seal Rock to try my luck at bird watching.  While I was spending some time watching with my binoculars from an overlook two volunteers with the Oregon State Park system set up shop with spotting scopes to help unprepared (or underprepared) visitors see some of the birds up close, and explain exactly what they were looking at.  There had been other volunteers doing the same thing the day before at Yaquina Head Lighthouse.

I explained my frustration with getting bird pictures to one of the volunteers and she pointed out where along the shore I should walk to see something which has eluded me this far – a Harlequin Duck.  I went where she told me and scanned the rocks with my binoculars and finally spotted something: 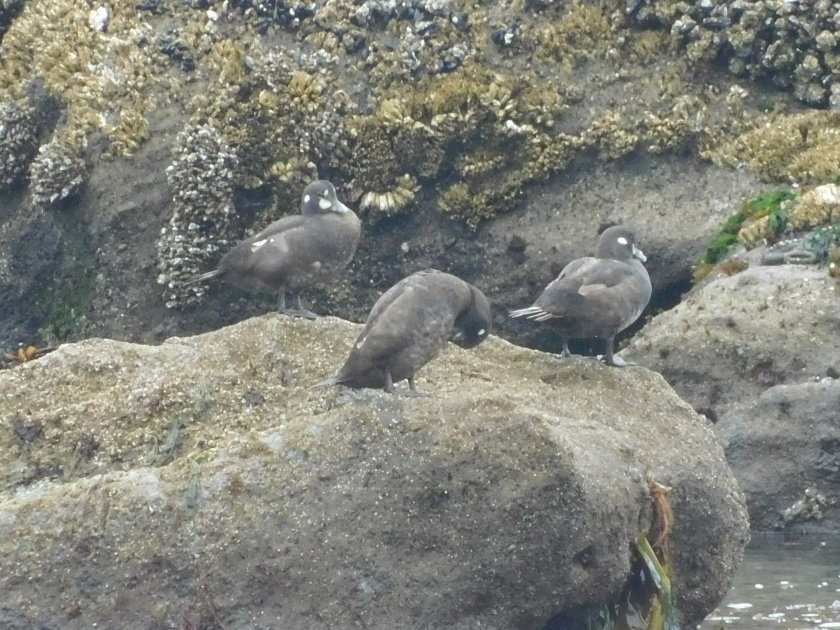 After looking at the pictures I think there is good news and bad news.  I don’t think these were Harlequin Ducks but, instead, were Surf Scoters – another bird which has eluded me this far (and they are both variations of ducks).  Either way, while excited to see something new I am at the same time disappointed because the signs and brochures I have seen featuring both birds indicated they were very colorful.  Something I am learning about birds, including the various Puffins and Cormorants, is that they are often most colorful during mating season (aren’t we all…) and then lose many of their colorful features the rest of the year.

The volunteer suggested I go to the Ocean Aquarium up the road in Newport to see the birds I haven’t seen so far but somehow I feel like that’s cheating.  Not as much fun taking pictures of animals at the zoo as it is seeing them in the wild.

Here are some other birds I saw while at Seal Rock Sunday morning: 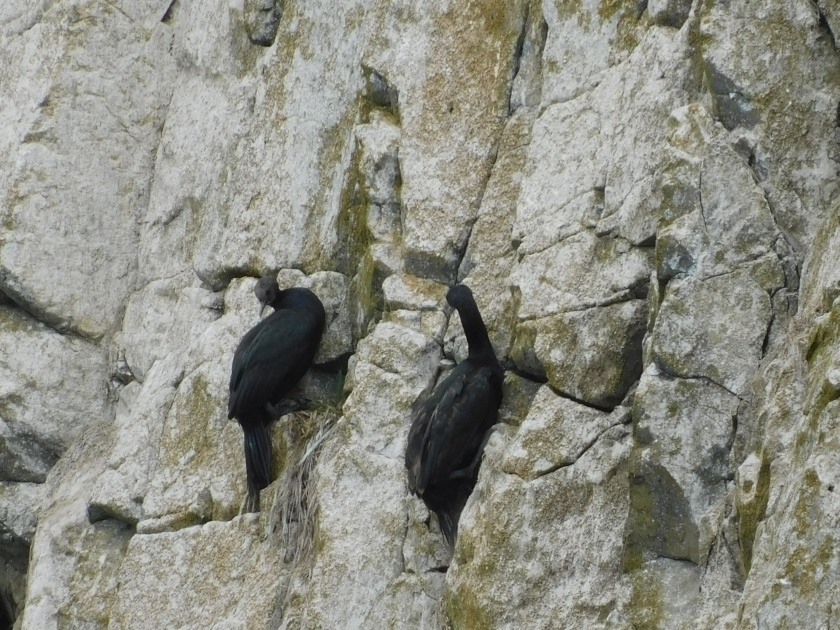 Some Pigeon Guillemots, showing off their red feet:

Some of the younger ones I’ve seen looked more like tiny emus with a short neck but this one actually looks like a seagull.  They are mostly brown as youngsters, and some seagulls stay brown, but this is a young Western Seagull which will become mainly white and with some gray and a yellow beak with a red spot on the bottom.

And a Black Oystercatcher, first in the water then after it had flown up onto a rock: 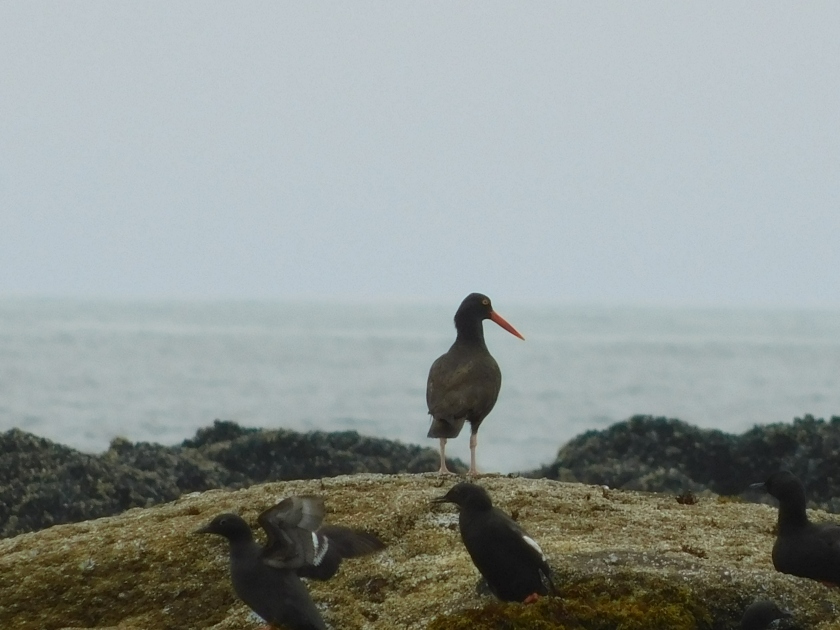