Thursday as I traveled from near Seaside, Oregon to Portland (which is inland quite a ways and southeast) I first headed northeast to the town of Astoria, which is along the mighty Columbia River.  I had seen parts of the Columbia River Gorge east of here during my trip last year (search for “Columbia River” on the Home page or use the calendar grid there to look at posts dated 7/30/17 and 8/9/17) but this was my first time seeing the extreme western part of the river.

One of the things I stopped at in Astoria was the Maritime Museum.  I didn’t go inside but will probably do that when I pass through Astoria again on Monday on my way up to Washington state.  Here are some photos I took outside the museum:

There were two large Coast Guard ships docked in Astoria, the “Steadfast”… 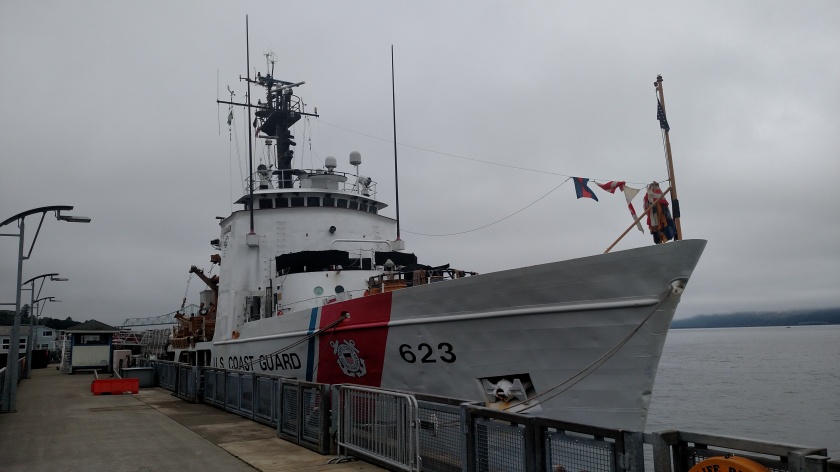 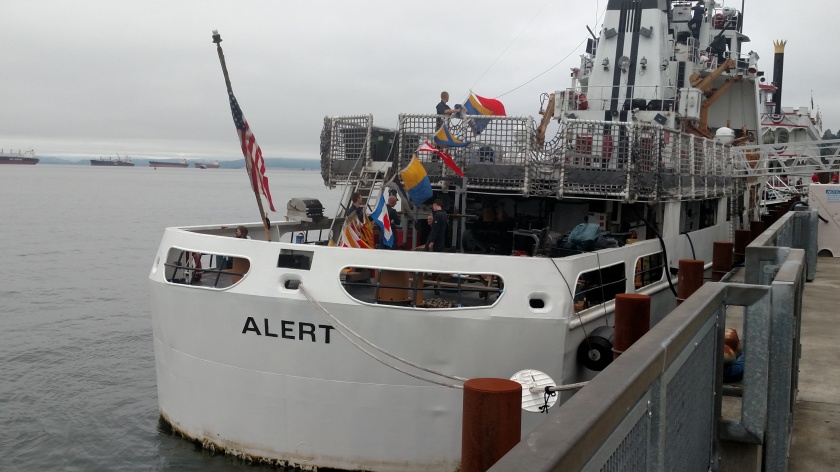 Because of the length of the dock I could only get to the front of one and the back of the other.

There was also this huge paddleboat, patiently waiting for customers to board for a trip on the river:

And from the museum I could look west and see part of the Astoria-Megler Bridge, which I will cross on Monday as Highway 101 takes me north into Washington state.