Wednesday was a travel day as I traversed the short distance between Grayland and Hoquiam, where I would be spending two nights before heading up to the Olympic Peninsula.  I first returned to Westport, which I had spent most of my time in on Tuesday.  It is on a small peninsula at the southern mouth of Grays Harbor, a large body of water about a third of the way up the Washington coast.  The day started out with a heavy overcast and it ended up staying that way all day. 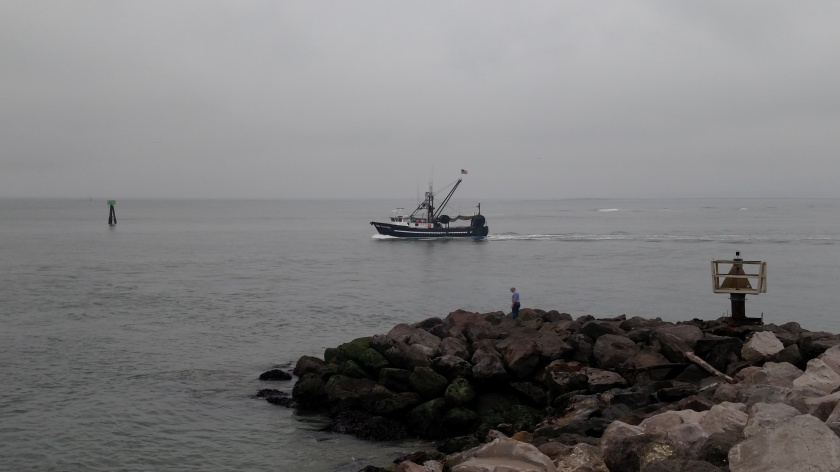 I then drove counter-clockwise around the Harbor through Aberdeen and Hoquiam and went out on the peninsula which stretches down to form the northern mouth of the Harbor entrance.  The southernmost town there is Ocean Shores.  Before reaching Aberdeen I saw another famous Ocean: 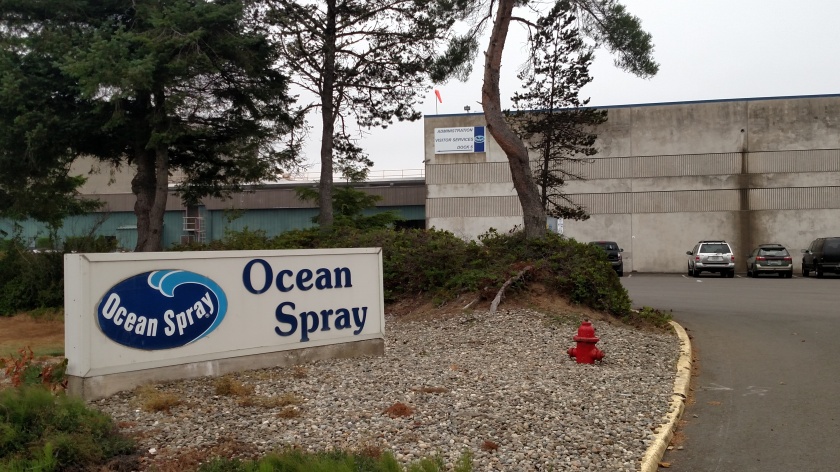 I was told when I stayed in Coos Bay, Oregon a while back that as I proceeded north I would start seeing cranberry bogs.  I have seen them in New England, where Ocean Spray is based, but never thought I’d find them on the west coast.  Well, I have seen lots of cranberry bogs, and two cranberry museums!  There was a small Ocean Spray facility down near Grayland but it seemed to be a gathering spot for crews harvesting berries.  This plant, near Aberdeen, was much larger and given it’s proximity to the Harbor is probably for processing and shipping cranberries.

After I visited the Coastal Interpretive Center in Ocean Shores I drove north on the highway which took me there as far north as I could, to the little town of Taholah.  The last 8 miles of that drive was on the Quinault Indian Reservation.  Highway 101, which I have used all the way up the coast from Los Angeles, stays pretty far inland once it gets past Grays Harbor in order to get around the Quinault Reservation which is quite large.

I have noticed that beach access is much more limited in Washington than it was in Oregon, and that the State Parks in this state are much quicker to charge entry fees.  Most of the State Parks in Oregon were free (and ALL beach access is) but the more popular ones tended to have a modest $5 fee.  The beaches I have see so far have been more ordinary (not that there’s anything wrong with that) than the rocky, picturesque beaches further south.  And the highways in Washington are mainly lined with trees so while it is harder to get to the beach is it also more difficult to even see it!  Who knows, when I get north of the Reservation tomorrow I may find more interesting scenery….

After my nice drive I returned to Hoquiam, met and visited with my Airbnb hostess and had a yummy taco dinner in town.