Thursday I went to two salmon hatcheries, one federal and one state.

These consist of large, rectangular concrete pools which can be filled with constantly changing water and in which fish are raised from a very small size.  Tracking chips are put in them and one non-essential fin is removed so fisherman and wildlife officials can later tell which fish came from hatcheries and which ones were bred and raised in the wild. 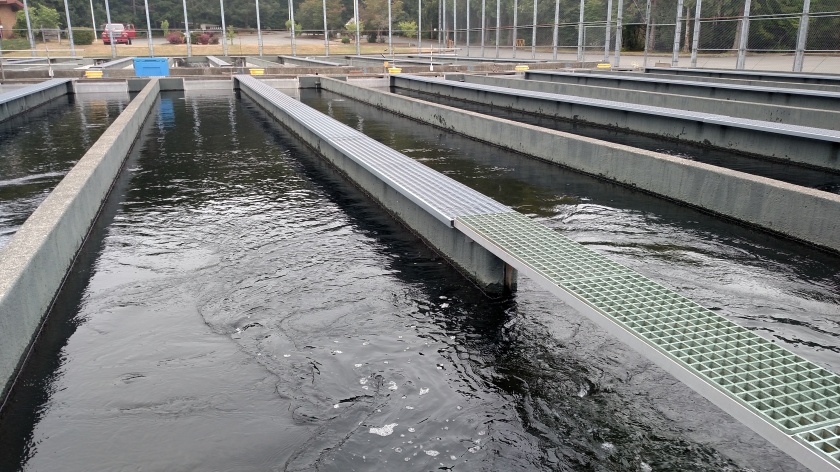 There was a Visitor Center at the federal hatchery and I learned there what the six species of salmon are and how to tell them apart.  Not all are raised in this hatchery.

As I was returning to Hoquiam I saw a sign for a state hatchery and it was virtually identical to the first one I saw. 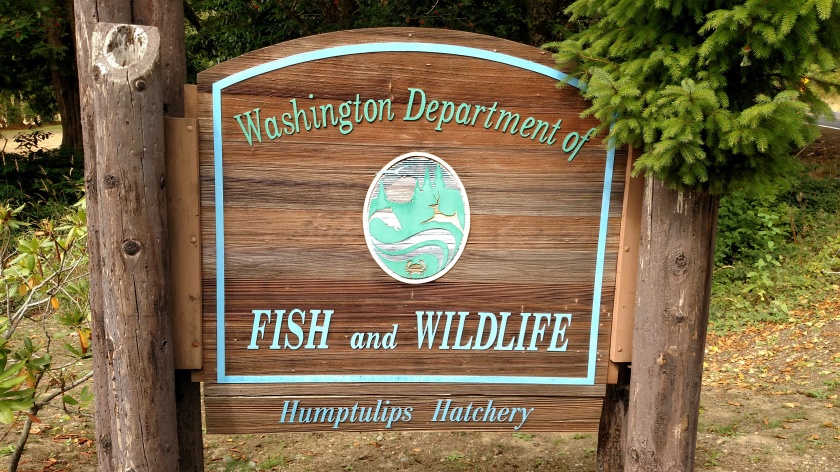