Sunday ended up being another low key day without much travel.  The air quality was noticeable worse (I had heard on the radio that this would be the case) and I delayed my planned trip up to Hurricane Ridge in Olympic National Park because conditions up there didn’t look good in the morning and I completely lost sight of it by early afternoon.  I am posting this Monday morning and today and tomorrow are “air quality alert” days so it doesn’t sound like things will improve until Wednesday at the earliest.  A friend sent me an EPA Air Quality website and yesterday Seattle and Olympia were in Unhealthy status and Spokane was in Hazardous status!  I plan to be in Spokane for 5 days over the Labor Day weekend so hopefully things improve before then, otherwise I will be spending my days indoors (getting caught up on blog posts).

I spent a good bit of the day Sunday down along the water in Port Angeles.

This was from an observation platform on the west side of town.  It overlooks an estuary where there several (but not an overwhelming number) of seagulls, Canadian geese and an occasional cormorant hanging around. 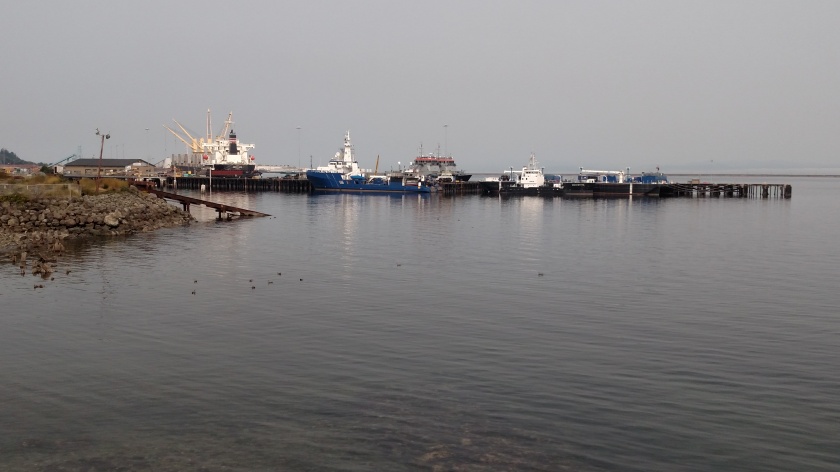 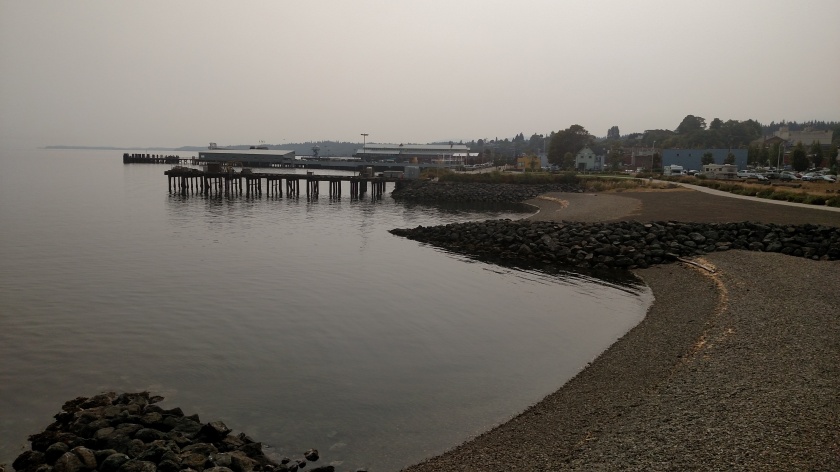 Out in the bay I could see a Coast Guard ship docked: 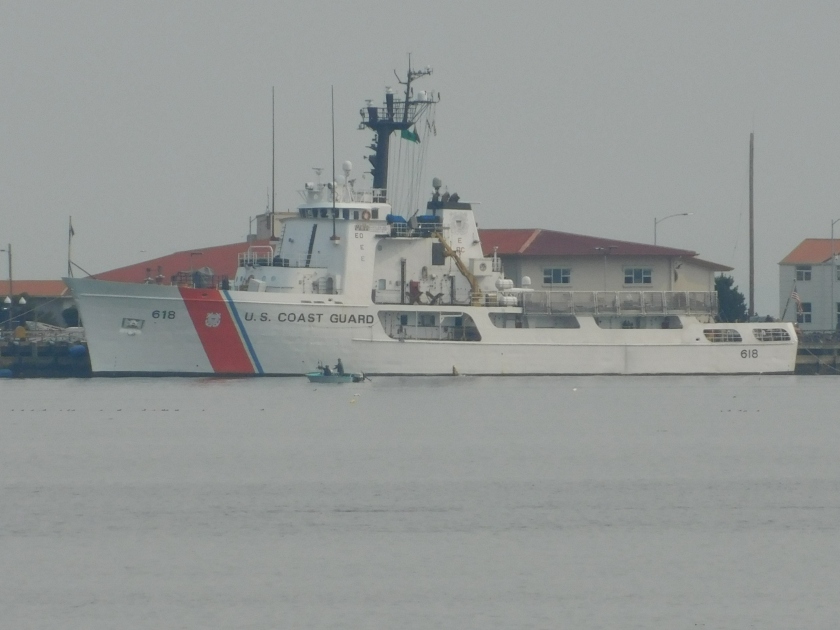 To the west there were a few large ships docked, and there is a large building where a company which builds yachts is based: 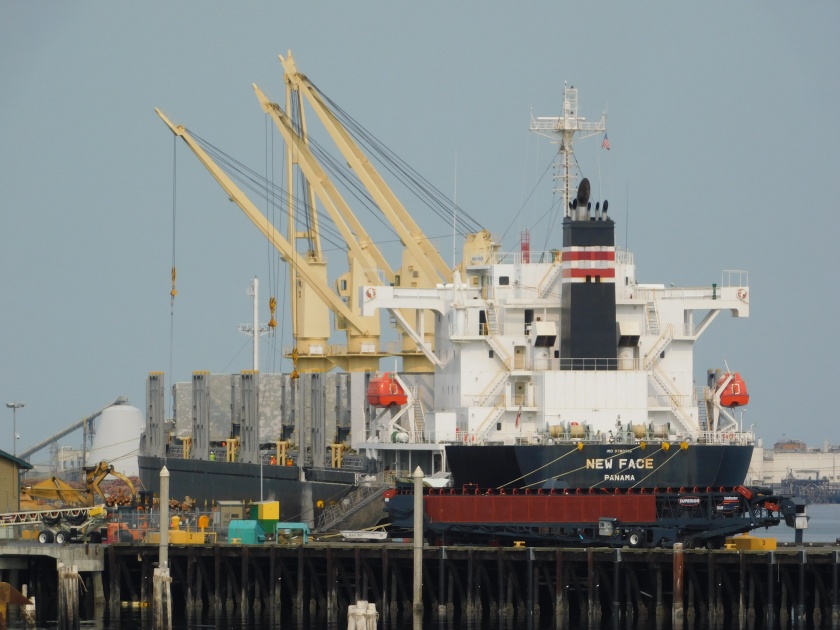 I hung out there for quite a while, just watching the birds fly and float on the water.  There were also huge schools of fish which came close to the shore and I could see them just below the surface of the water.  They created a very subtle ripple effect on the surface, which is what drew my attention to them.  I am going to post some bird and critter pictures in another post.

After a while I walked a few blocks east to another observation platform and to where the ferry dock is.  Later in the day a large ferry, the Coho, arrived, unloaded it’s passengers and vehicles and loaded a set which was waiting to go north into Canada. 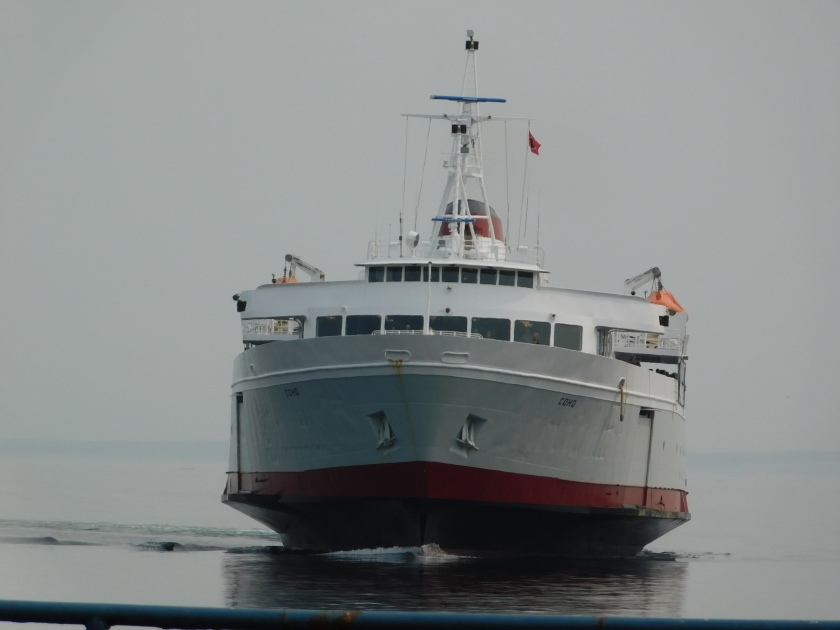 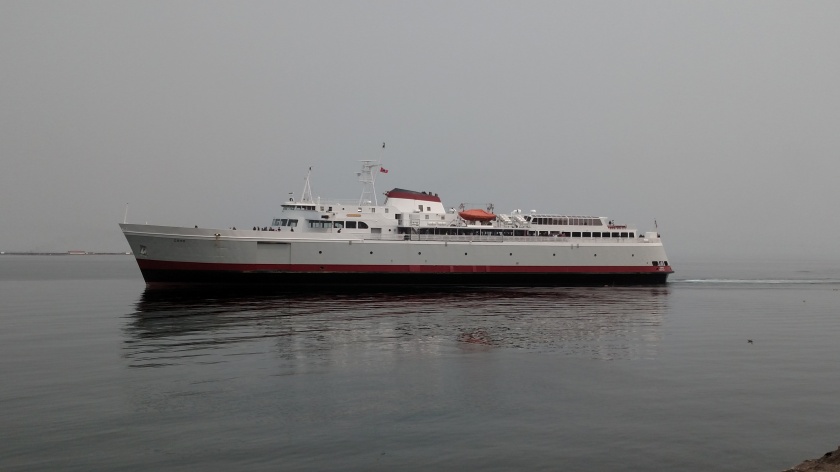 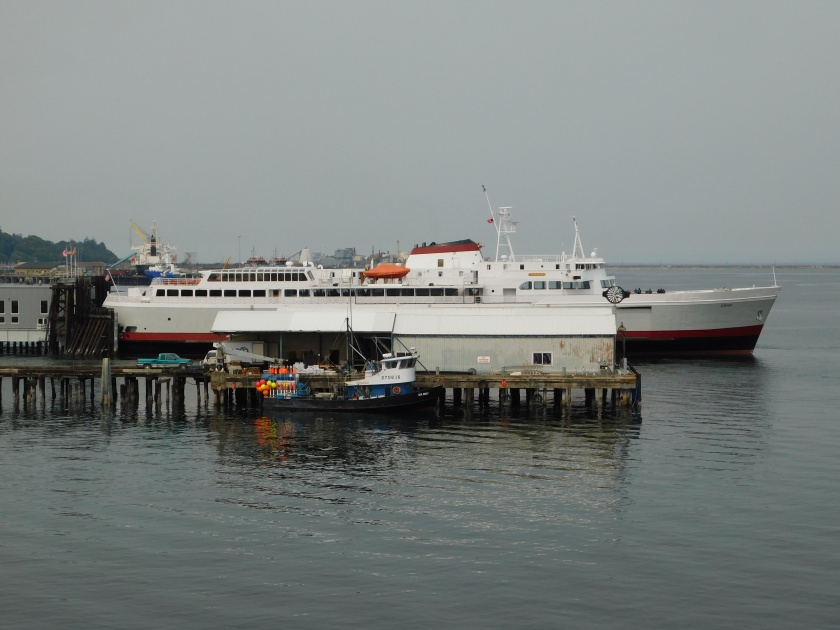 This location also gave me a nice view of part of the downtown business district. 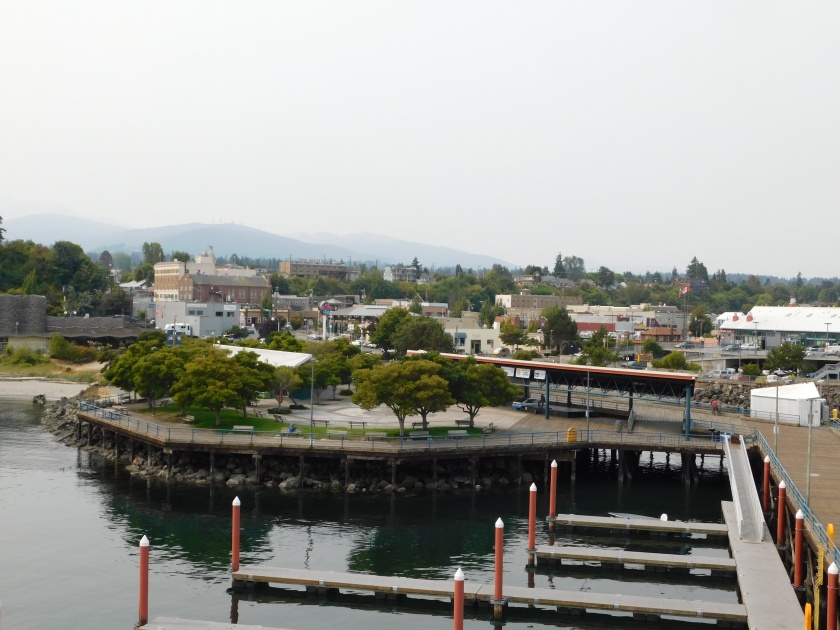 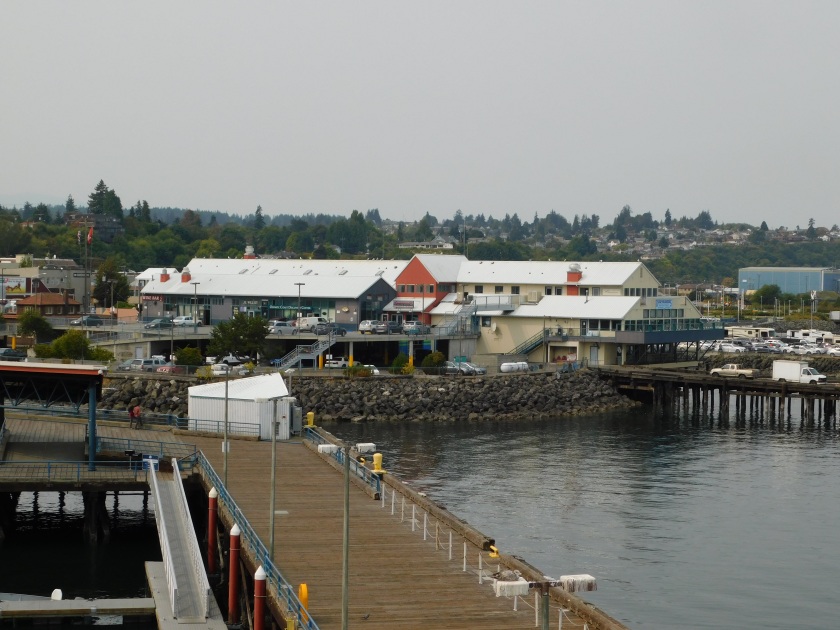 And also a view of a small fishing boat, docked near where the ferry port was. 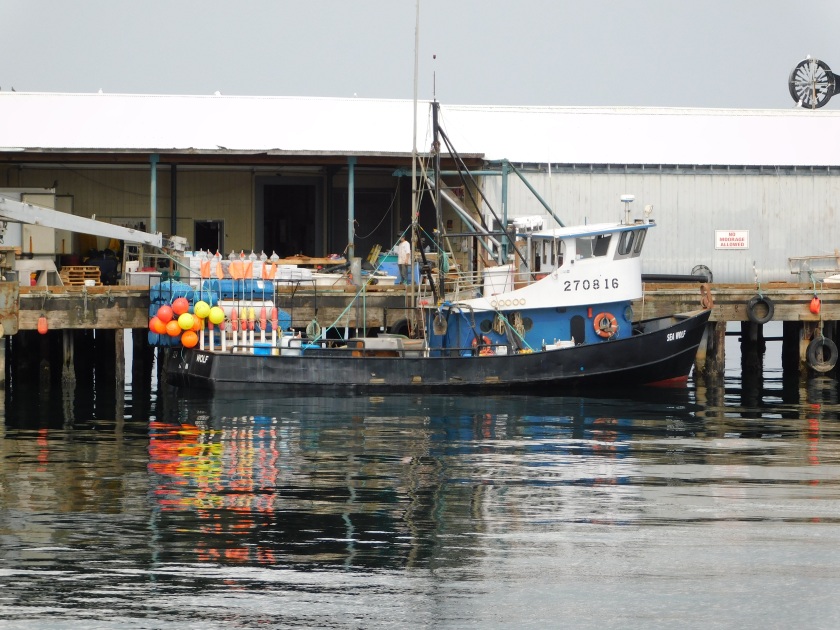