These are photos I took today using my smartphone camera.  I will post pictures in the future showing some closeups I took with the digital camera.  Some of these pictures will look similar or seemingly identical but were taken at different times under changing conditions.

This Overlook series was taken from two scenic roads located between the entrance to the North Rim and the Grand Canyon Lodge.  An initial rain system was moving through the area when I arrived.  The sun was now out, highlighting some of the color of the Canyon as well adding some shadows.  Conditions would soon deteriorate as another, stronger storm system overtook the Canyon from the south. 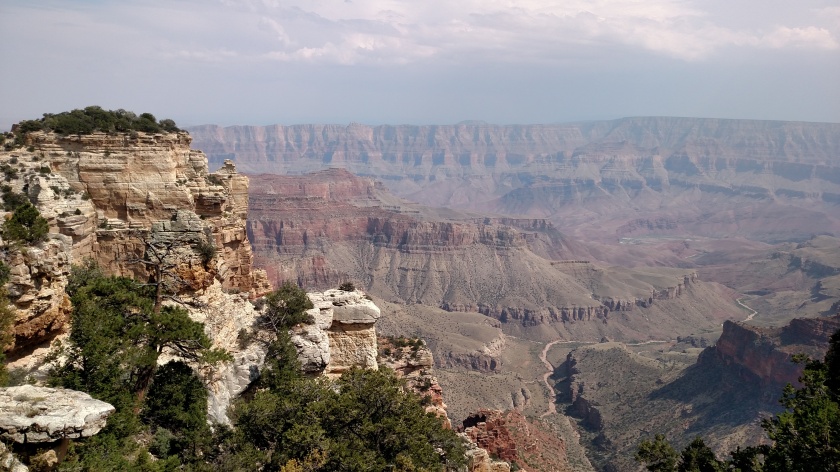 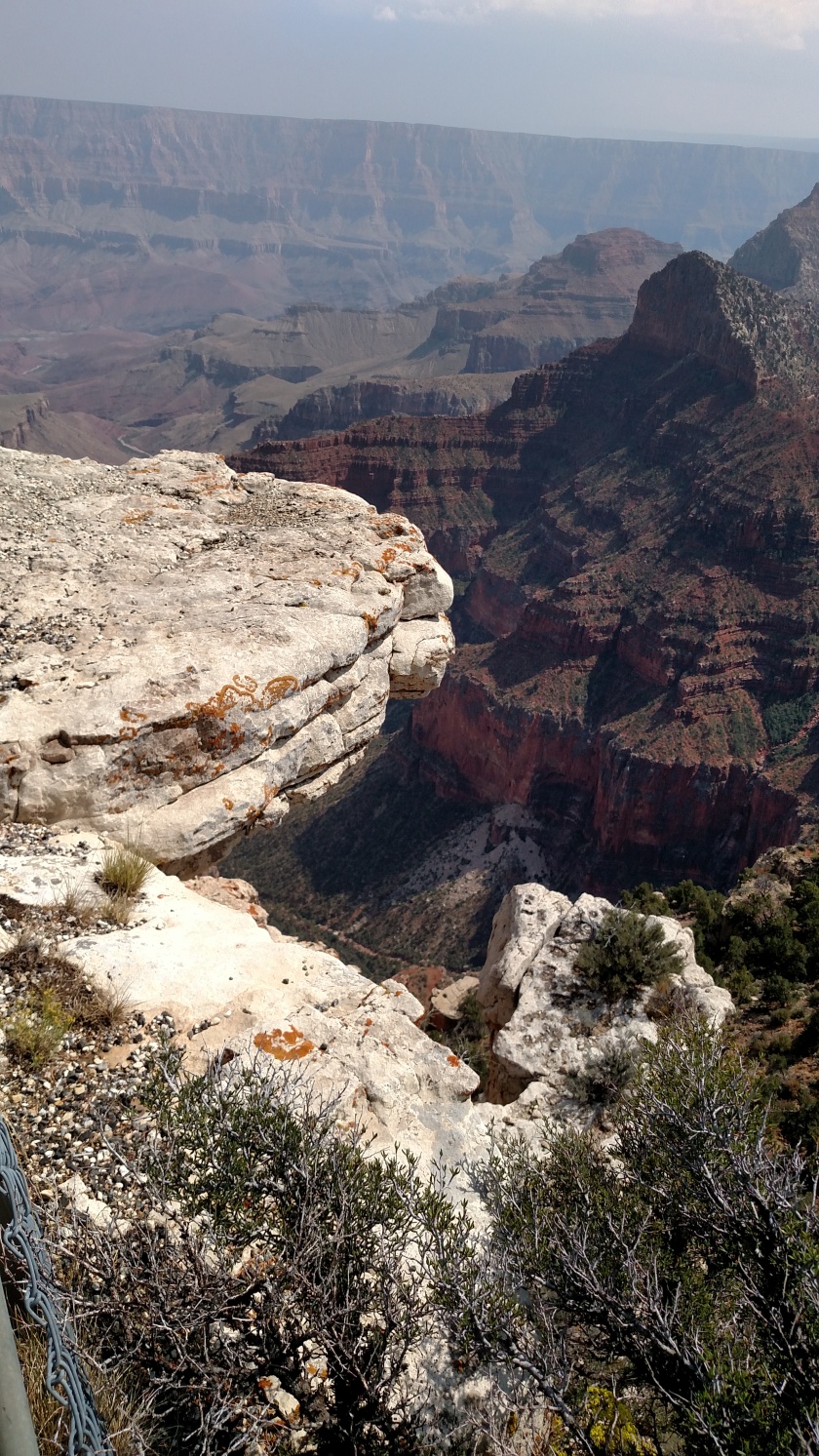 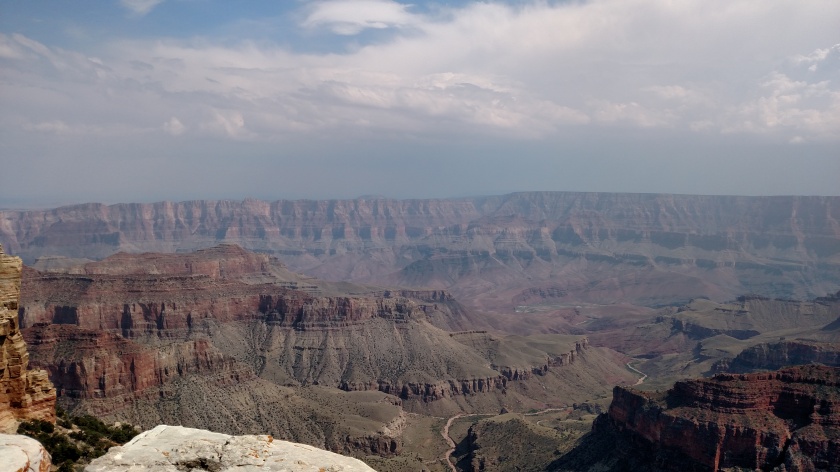 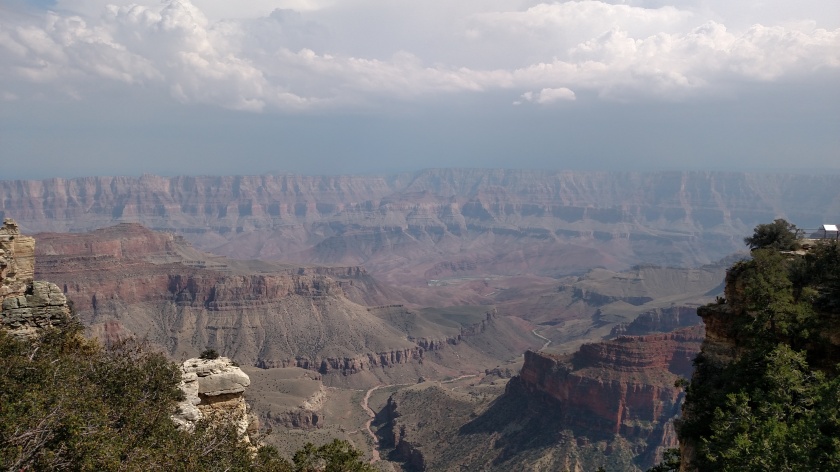