There was a fund-raising bicycle rally being held at the Park and there were several rest stop/refreshment stations at various places.  At one of the scenic overlooks there was a canopy set up for that purpose and on a nearby ledge I noticed these dinosaur figures.  I said “Oh, I need to get a picture of this for my blog” and took this photo. 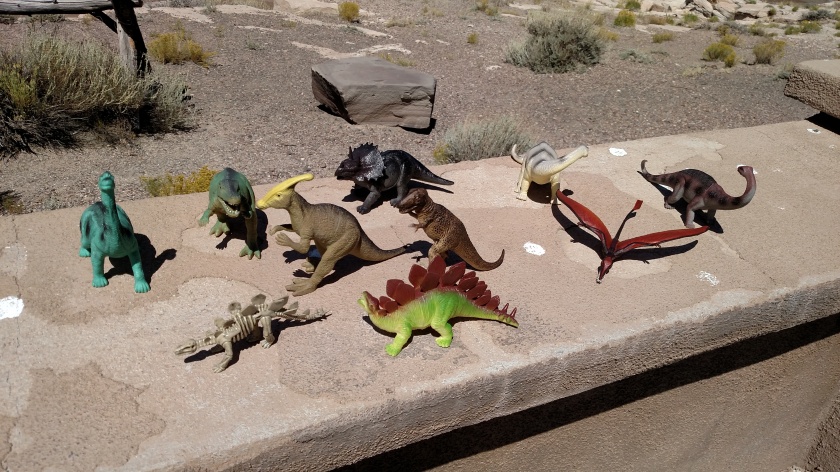 Well, a kid who had volunteered to work at this particular refreshment station said “Well, if you want to get a picture for your blog let me show you this…” and went to his stuff and brought back a cast of the skull (I think that’s what he said it was) of a young Coelophysis, a dinosaur which is known to have lived in this area millions of years ago. 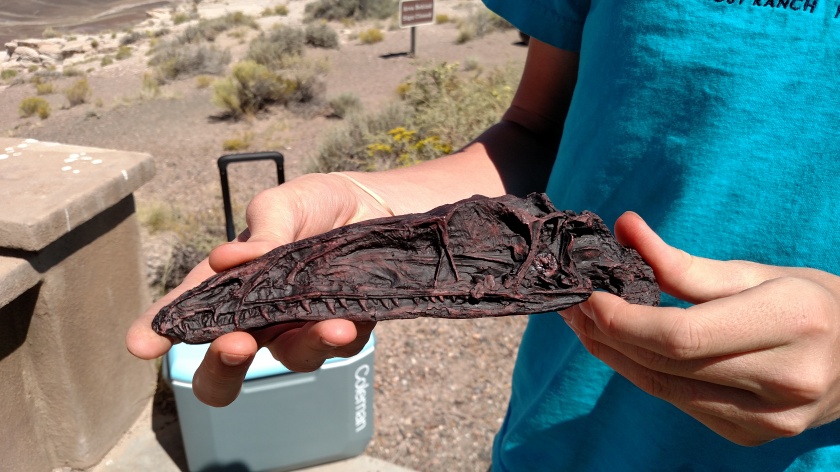 Meet John, a local 15-year old who, I would bet money, will grow up to be a paleontologist. 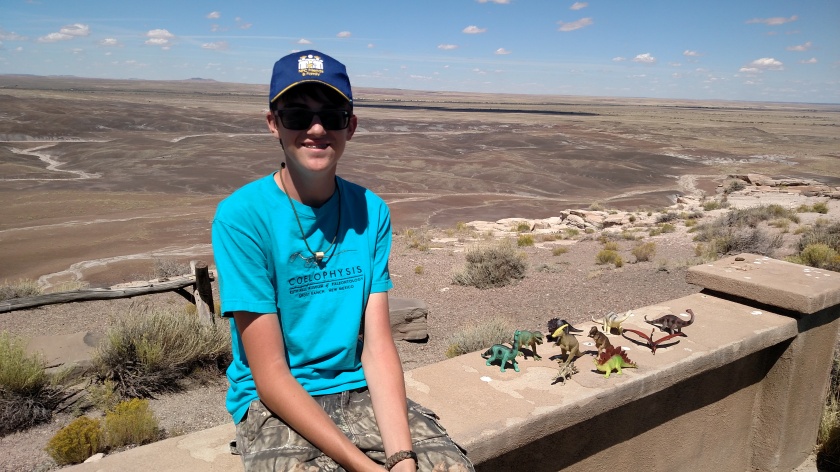 John got a book he had brought with him (I am going to order a copy on Amazon when I get home) and spoke very intelligently and enthusiastically about various dinosaurs and non-dinosaurs, something he is obviously very passionate about. He pointed out the two dinosaurs which were known to have lived in this region (the first and third images). 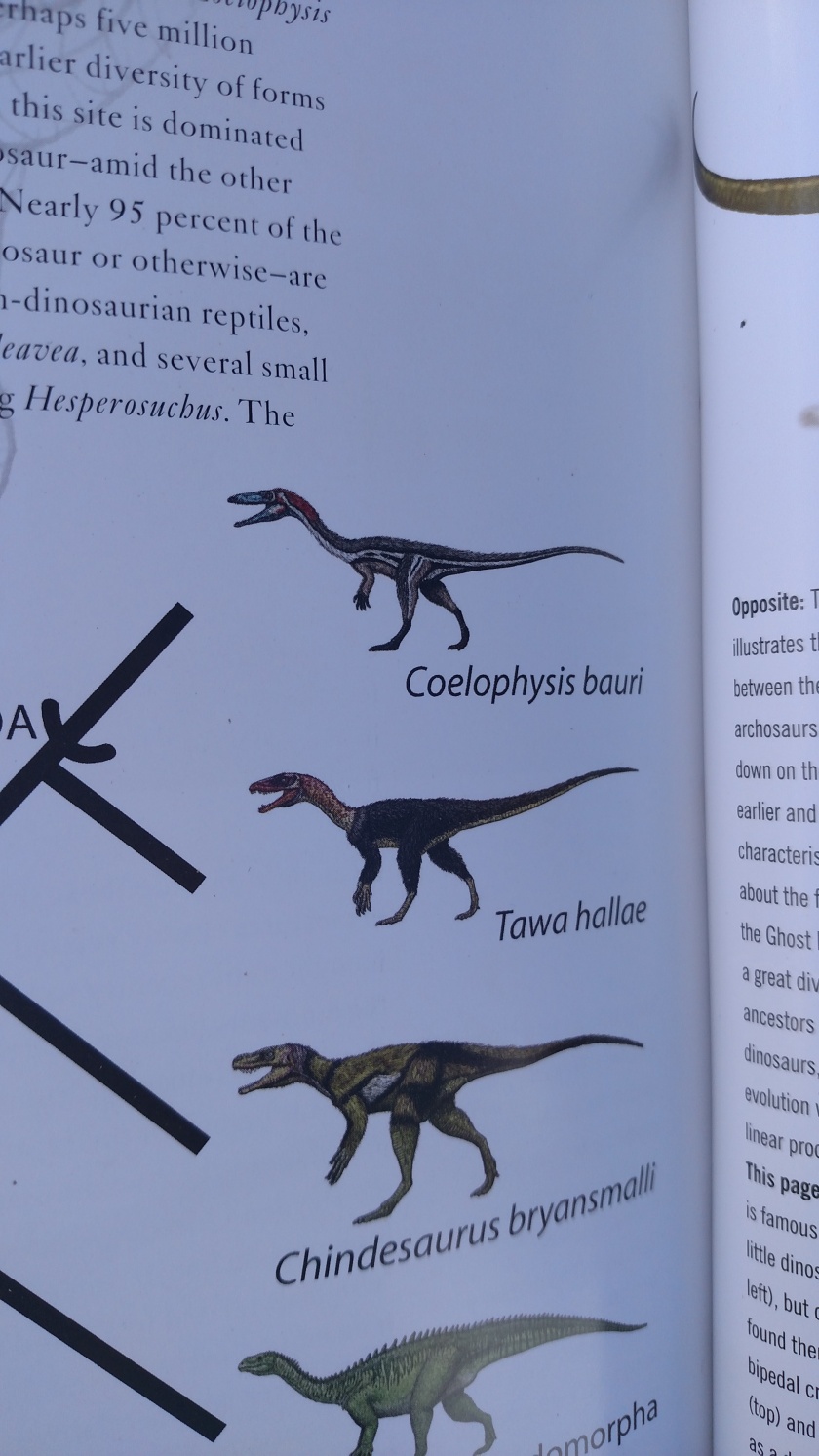 His t-shirt even showed an image of the dinosaur skeleton, the type of which was the fossil he showed me. 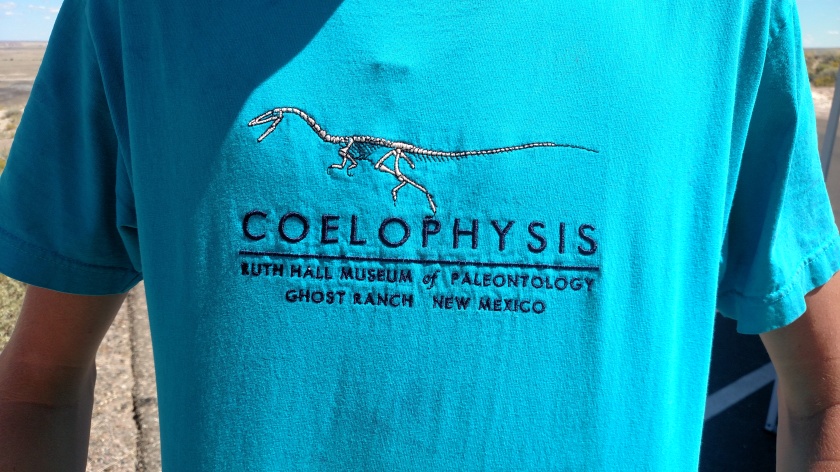 He suggested I visit the “Ghost Ranch” shown on his shirt when I am in New Mexico in a few days (it isn’t far from Taos, where I’ll be staying), and also suggested a science museum to visit when I am in Albuquerque.  I told him about The Mammoth Site, which I visited very early in this trip when I was in South Dakota, and suggested he go there some day.  A woman who was also working at the refreshment stop with John also produced a dinosaur figure and of course John knew exactly what it was and described to me how it searched for food. 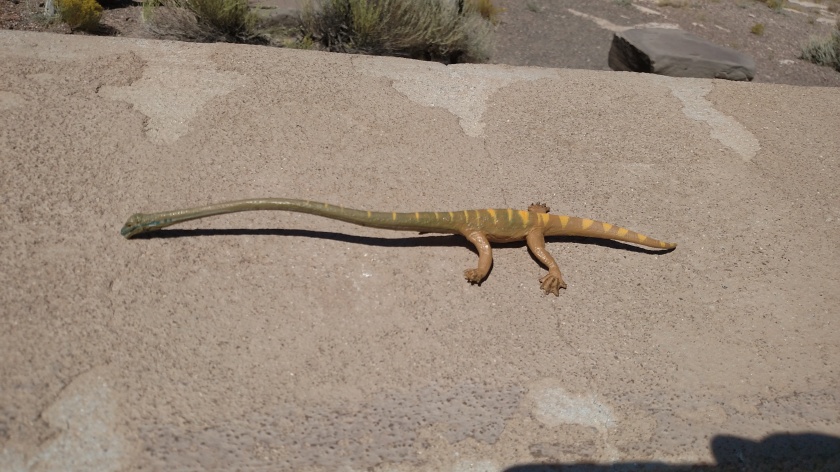 John is a bright young man and I hope he continues to pursue his area of interest.