About 12 miles north of Abiquiu (which is 53 miles north of Santa Fe, New Mexico) is Ghost Ranch, which was the home and studio of artist Georgia O’Keefe.  This 21,000 acre ranch is now mostly owned by the Presbyterian Church and is a retreat and conference center, but remains open to the public.  There are also some museums on-site, which is what brought me here.

At the entrance to the ranch is a wooden cabin.  No, it wasn’t Ms. O’Keefe’s residence, in fact, it didn’t even exist back in her day.  It was constructed for the movie City Slickers, starring Billy Crystal. 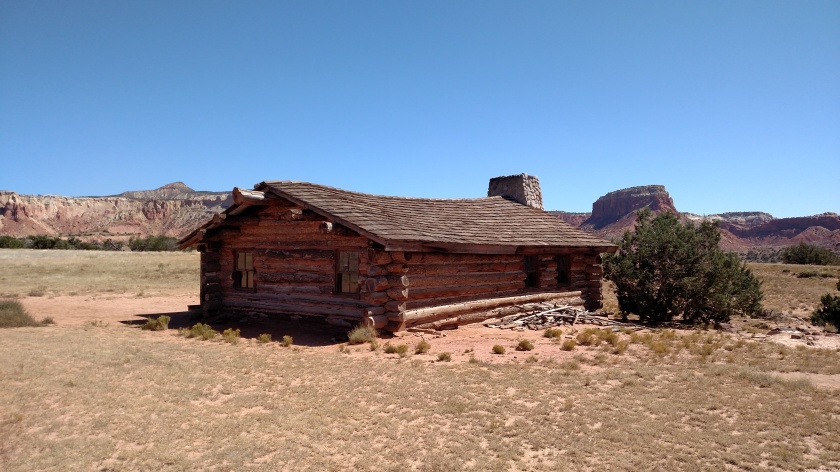 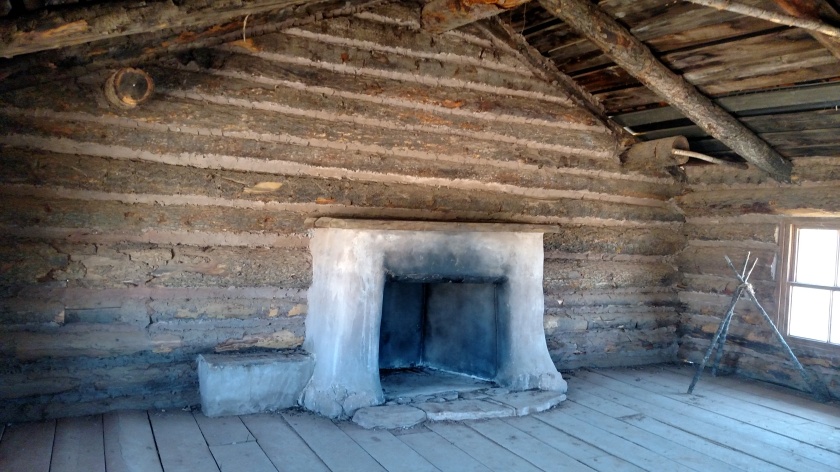 Ah, the magic of Hollywood.

Here is Ms. O’Keefe with Orville Cox in a photo taken by Ansel Adams.

But what brought me to Ghost Ranch was the Ruth Hall Museum of Paleontology, which I learned about from a young man I met at the Petrified Forest National Park in northeast Arizona about a week ago.  He was the 15-year old (also named John) who is a budding paleontologist and showed me the cast of the skull of a young Coelophysis (pronounced SEE-low-FY-sis), a dinosaur which lived at that Park, as well as here in New Mexico, over 200 million years ago.  In fact, there is a large quarry of Coelophysis bones here at Ghost Ranch which were declared a National Landmark in 1967 and the dinosaur remains were declared the New Mexico State Fossil in 1991.

Not the biggest dinosaur on the block, the Coelophysis was among the smallest of the meat-eating dinosaurs. 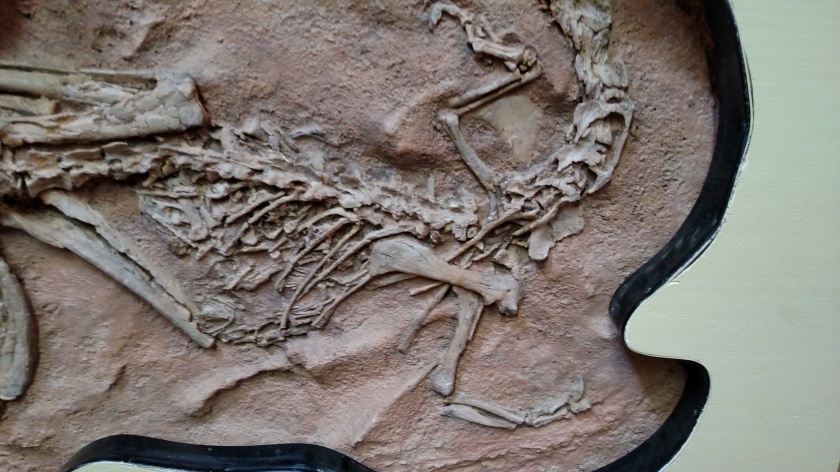 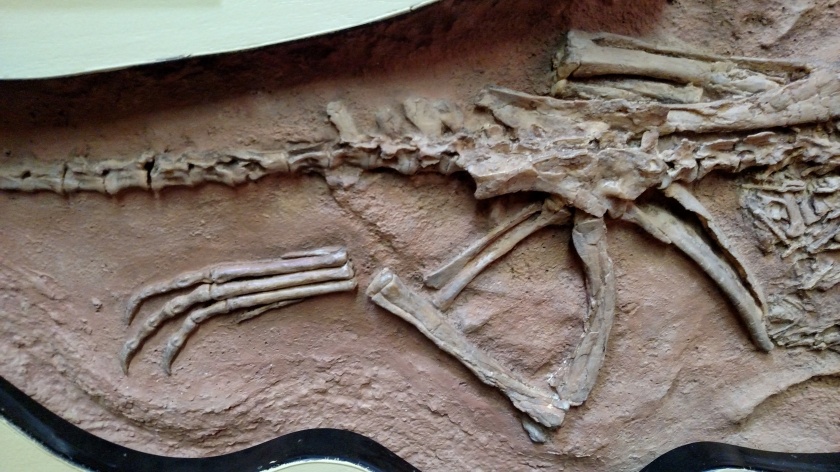