Monday I drove west across northern New Mexico from Taos.  In northwest New Mexico there is a town called Shiprock, named for the rather imposing mountain which rises almost 1,600 feet above the desert about 10 miles west of town.  The mountain sits off by itself and is an impressive sight.  On Monday I turned right when I got to the town of Shiprock to head north to Cortez, Colorado where I was going to spend the night.  I could see the mountain off in the distance but the sun was on the opposite side so all I saw was a silhouette.

These were taken on Tuesday morning as I drove around the mountain clockwise from the north to get to Canyon de Chelly National Monument which is located southwest of Shiprock in northeast Arizona.  These were taken from different vantage points, each offering slightly different views and shadows from the rising sun.

Shiprock used to be a popular destination for mountain climbing enthusiasts, but after a death there in 1970 the Navajo Nation, on whose land it sits, banned all climbing and vigorously enforces that ban.  Their strong religious and cultural beliefs concerning death caused them to take that action.

From what I’ve gathered in my travels, an Indian reservation can be quite large, like a county or counties within a state (and may overlap states).  The governing body within that reservation is a Nation (Navajo Nation, Apache Nation, etc.), and in some states they even have their own license plates.  The actual towns where they live are called Pueblos.

This was one of the first closeup views I had without any clutter or hills in the foreground.  This was from pretty much due east of the mountain so there aren’t many shadows visible from this vantage point.

As I drove around the mountain, more shadows became visible. 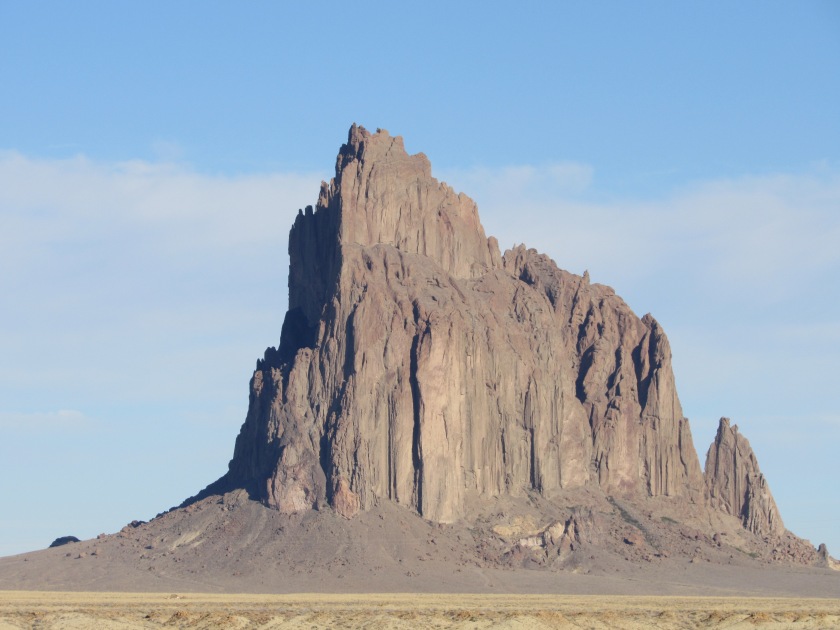 And from even further around: 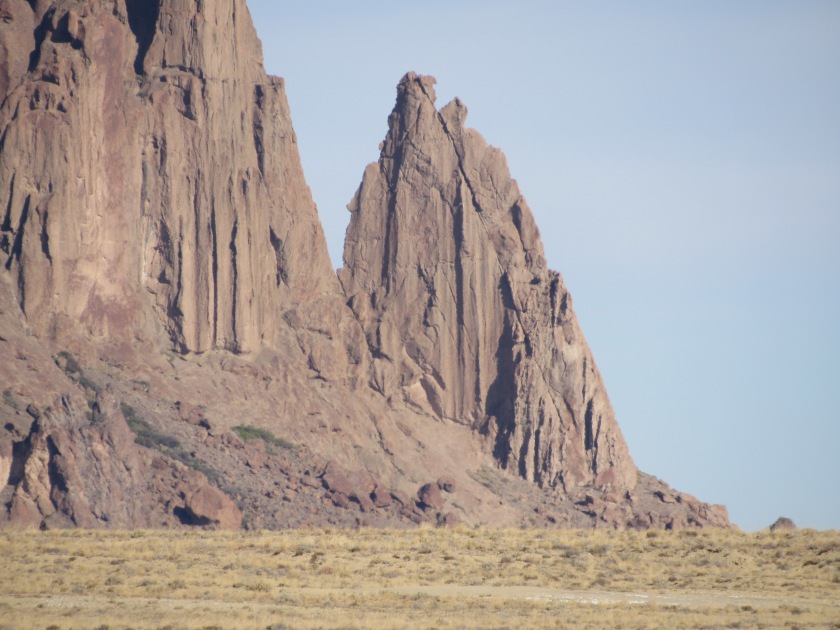 And this was looking back at Shiprock as I climbed (in the car!) the Roof Butte, which at  9,784 feet dwarfs the mountain which “only” tops out at 7,178 feet.  I was now west of the mountain so it is in silhouette.