Fairplay is a little town located about 20 minutes south of Breckenridge.  I had actually driven through it a few weeks ago on my way down to Colorado Springs the day that my nephew was moving in to his apartment there before starting his senior year at college. At that time, I didn’t realize the significance of Fairplay and the surrounding area.  I now do.  I’ll cut right to the chase.  This area is what the fictional town of South Park, Colorado is based on.

South Park is an animated TV show on Comedy Central which has been aired for over 20 years.  It is hilarious, and contains current day themes as it is produced each week very close to the air date.  A recent episode referenced Trump and his proclivity to tweet about North Korea.

South Park actually refers to the area of southern Park County and includes the towns of Fairplay, Alma and Como (and probably others).  Even before getting to town I saw this sign on Route 9 (which refers to the area, not the show):

Before getting to Fairplay I drive through Alma, which bills itself as the highest incorporated town in the country.  It is very near one of the first “gold rush” towns which formed in the 1860’s.  If you look at the lower left corner of the brown sign above you’ll see the words Gold Rush with a red slash symbol through it.  Evidently open mining has resumed in the area and many of the locals are NOT happy about it.

In Alma there was this business, which I missed the first time I drove through town:

It bills itself as the “Highest Saloon in the USA” (those words appear in the shade at the top of the sign).  Given that marijuana is legal in Colorado, I suppose that phrase can have multiple meanings.

Fairplay hosts an area called South Park City which is a restored mining town and is now a museum.  Next to that area is the current town of Fairplay, which has many active businesses, only one or two of which make any reference to the South Park show. 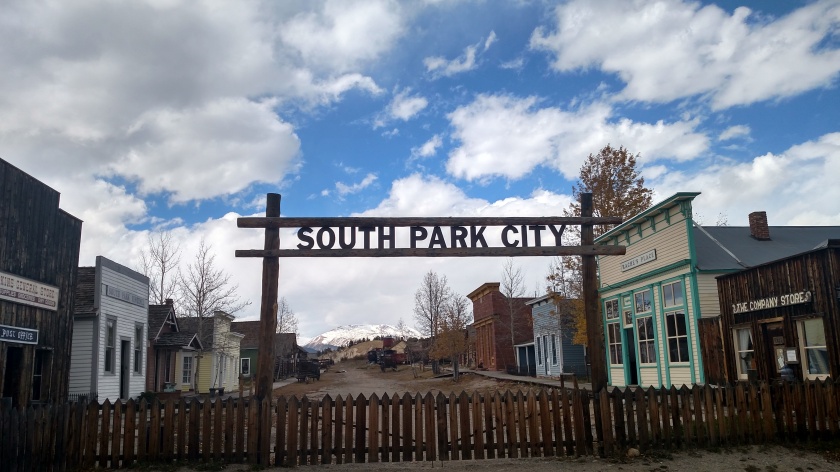 The storefronts, both in the”historic” town and the current town, resemble those in the show.  I looked and looked but did not see a Rhinoplasty establishment anywhere.

In addition to the T-shirt store out on Route 9 which had the “cutouts” sign (the gray faces are the gravel in the parking lot) there was only one business, about four buildings away from the “South Park City” area, which was one block west of Route 9, which had some South Park references outside it.

Mules (burros) played a big role in mining operations before technology took over.  Next to the race-winners sign was this memorial: 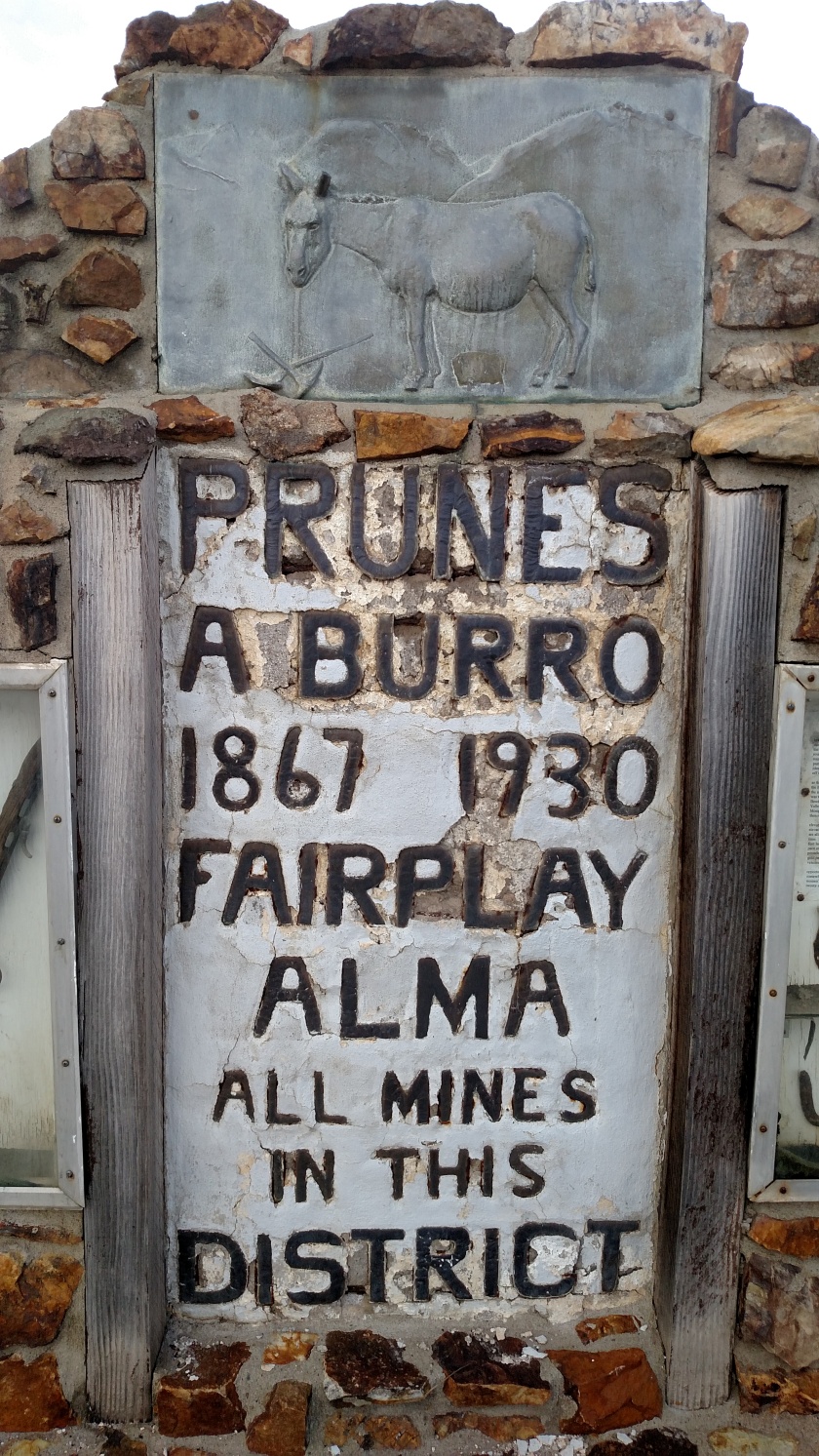