The 10-day Albuquerque International Balloon Fiesta is underway and will wrap up this coming weekend down in New Mexico.  As usual, they are having great weather for it.

When I added bonus time to this road trip I gave serious consideration to being in town for it but decided against it.  I have a friend who lives in Corona, NM and he told me things get really crazy in Albuquerque for Fiesta and there is gridlock on the roads daily.  These days I much prefer the laid back pace of my scenic roads and I don’t like gridlock (and ABQ is doing road work on a major artery in town and there was already gridlock three weeks ago).

At times Fiesta is gridlock in the air.  Some years they have as many as 500 participants! One of the reasons they hold this event there each year is something called the “Albuquerque Box” which is a repeating atmospheric condition of predictable wind currents which allow the balloon pilots to stay in the same basic area close to town by simply changing altitude.

While I was in Albuquerque a few weeks ago I did go to Fiesta HQ (near the Ballooning Museum which I went to a few years ago) and bought some nice notecards containing photographs of prior festivals.  I guess since I paid for them I can do whatever I want to with them so I took pictures of the pictures and they appear below.

Photo credit: These were all originally taken by photographer Sandra Layne 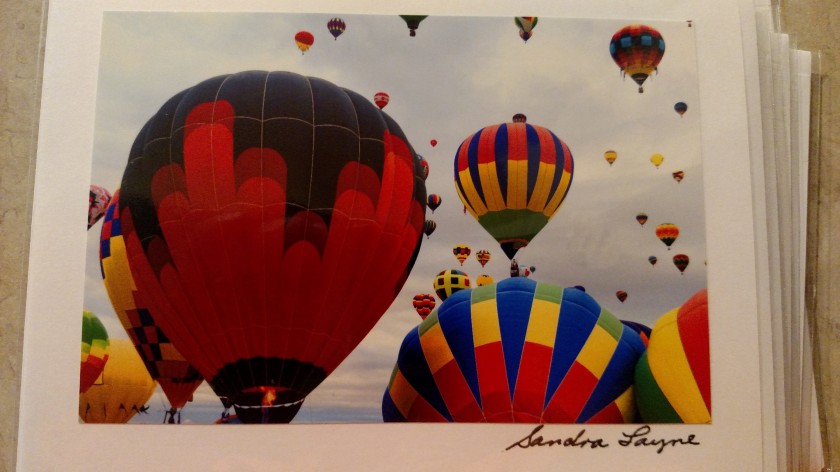 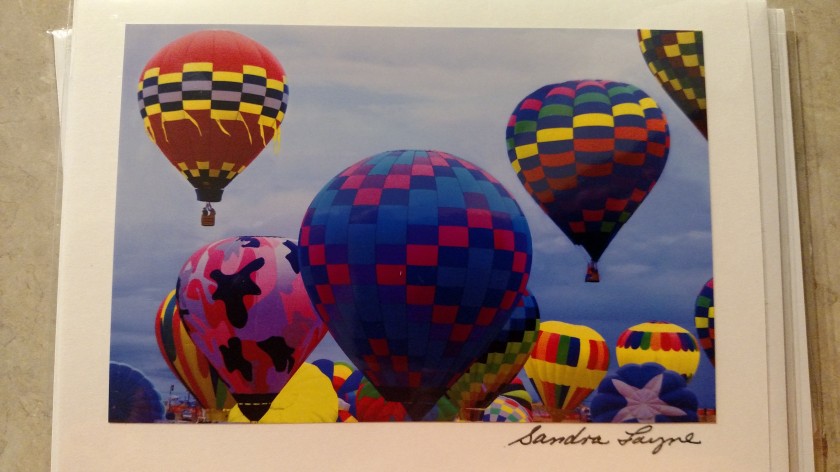 To see other Fiesta pictures taken by various photographers go to the Fiesta website at balloonfiesta.com (I especially like the Yoda balloon!)