Friday was a travel day, as I went from Montrose up to Grand Junction, Colorado.  The actual distance between the two towns isn’t very great, and I had already traveled the scenic roads in the area which were on my list, but my Airbnb hostess suggested I drive northeast of Montrose and as you will see, it was a very pleasant and scenic drive.

I went north of Montrose to Delta, then turned right and traveled northeast through Paonia and Redstone to Glenwood Springs, where I got on the dreaded interstate and drove west to Grand Junction.  By the way, Grand Junction is named for the confluence of the Colorado and Gunnison rivers.  The Upper Colorado River used to be called the Grand River, hence the name “Grand Junction”.

Before I headed north I had one last look at the mountains south of town, down near Ouray and Telluride:

Then I drove north. 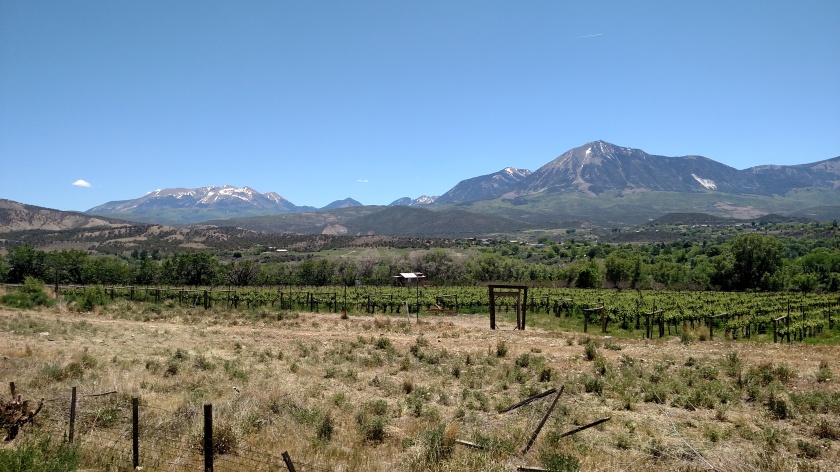