Thursday morning when I left the house it was overcast and foggy.  I kind of expected this might be the case in the mornings, this close to the water.  A woman I spoke with down in Santa Barbara (where I took the golf course picture on Wednesday) said the locals call this phenomenon the “June Gloom”.

I drove south from where I was staying in Nipomo down to Santa Maria.  I drove through town and, frankly, wasn’t terribly impressed so I just kept on going.  Rather than going back north on “The 101,” an often busy 4 to 6 lane highway, I opted to continue west and pickup Route 1, which I had driven up to Nipomo on the day before.

When I got to Route 1 I passed through a little town named Guadalupe.  I noticed something I hadn’t seen the day before when I drove through town. 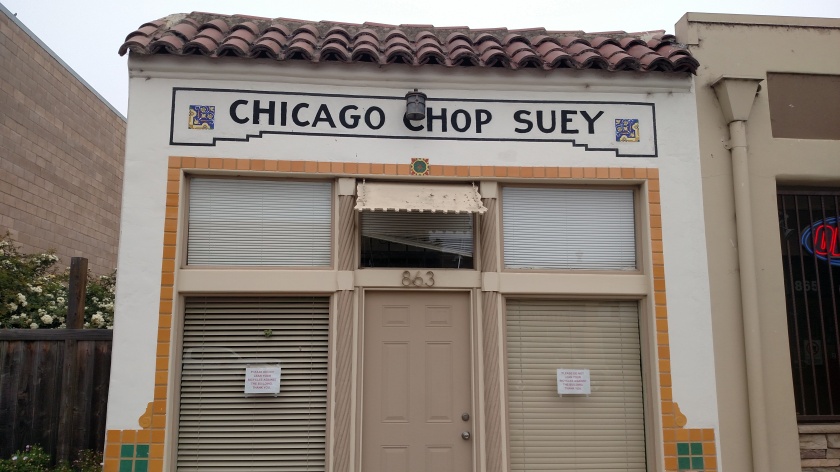 This brought back another childhood memory.  I was born in a suburb of Chicago, Illinois and one of my childhood memories (we moved to Pennsylvania when I was 12) was of my father going out for Chop Suey, a Chinese food similar to Chow Mein.  I don’t often see Chop Suey on Chinese food menus, but I thought it was odd to see both Chicago and Chop Suey on a storefront in little Guadalupe, California!

Next up after Guadalupe was Oceano.  I was told I should drive out to see the sand dunes.  Well, it was overcast and windy, which made it quite brisk at 9am local time. 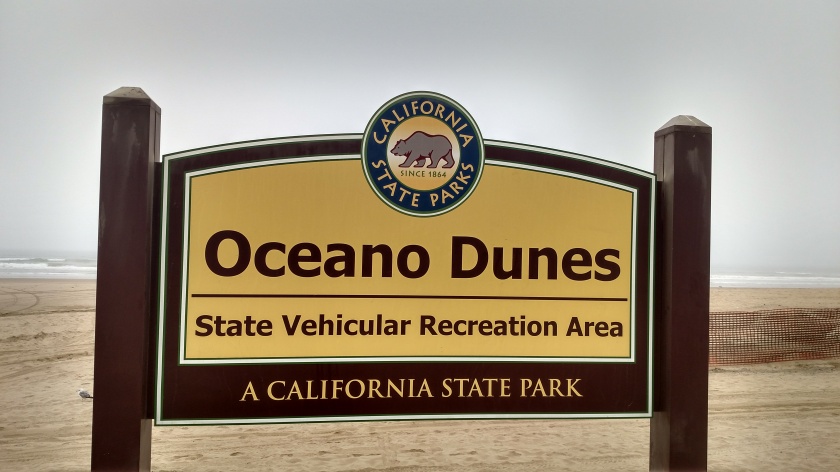 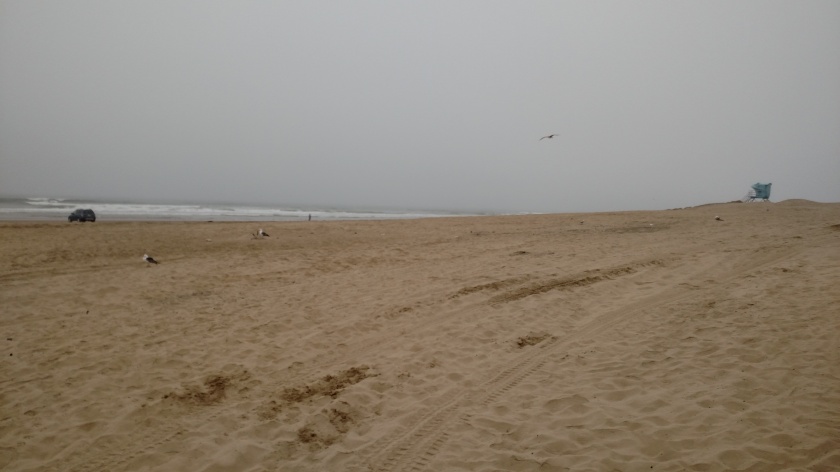 It wasn’t recommended that I drive my car out on the beach so I left and continued north.

When I got to Pismo Beach (say the ‘s’ like a ‘z’) Route 1 joined “The 101” and I continued north on it.  After branching off from “The 101” in San Luis Obispo it was sunny until I headed back out towards the coast and once again there was a heavy overcast.

I saw this mountain before getting out by the ocean (you can see the clouds in the distance): 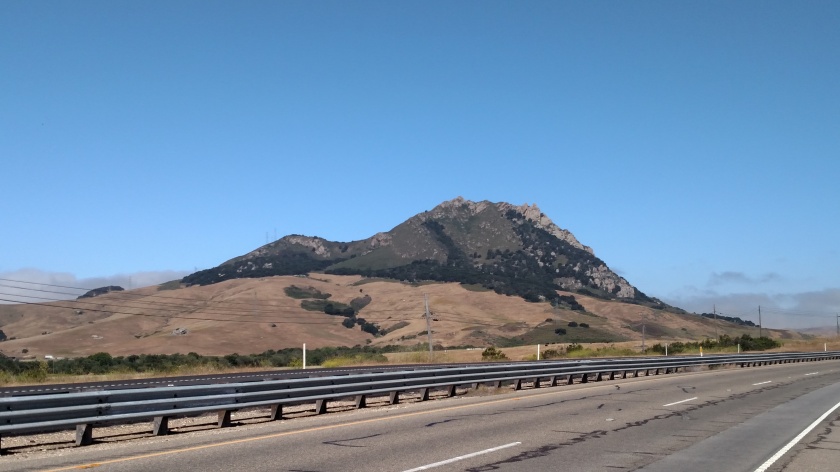 Then it was cloudy and not conducive for much picture taking. 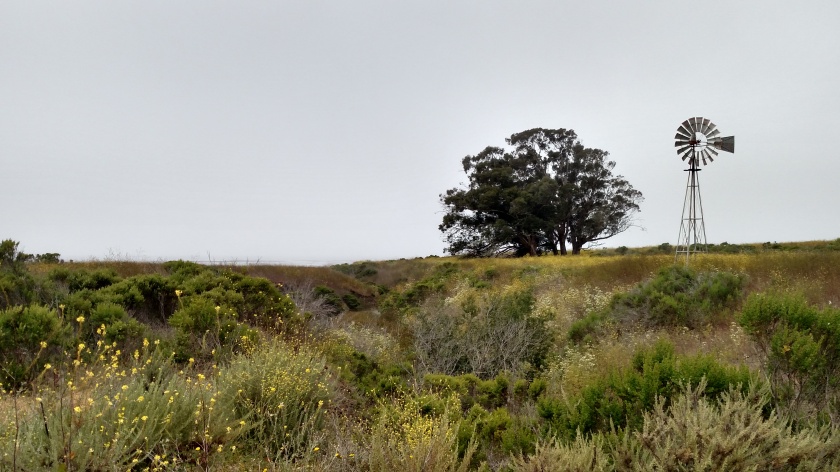