Monday was a travel day as I drove approximately 480 miles from where I had been staying in Bismarck, North Dakota, due east through Fargo and across to the northeastern part of Minnesota.  I will be spending three nights in Duluth.

Tuesday I finished something I started when I was in Duluth three years ago – driving up the “North Shore Drive” to the Canadian border.  Duluth is at the southeast corner of Lake Superior, the largest and western-most of the five Great Lakes.  North Shore Drive is Highway 61 which runs up the entire west coast of the lake as it borders Minnesota.  I had driven about halfway up when I was here before but wanted to see all of it.  It was a gorgeous day, clear with temps in the low 70’s when I left town in the late morning and dropping into the high 60’s when I was at the northern end of the line. 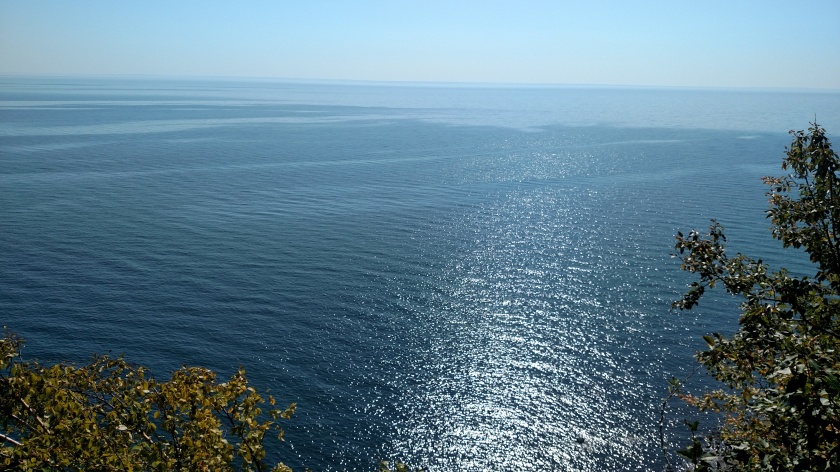 The lake looked pretty much the same regardless of where I stopped.

It amazed me last year when I went through this tunnel through a mountain which runs right up to the lake’s shoreline.  The lake starts just to the left of where the people are walking. 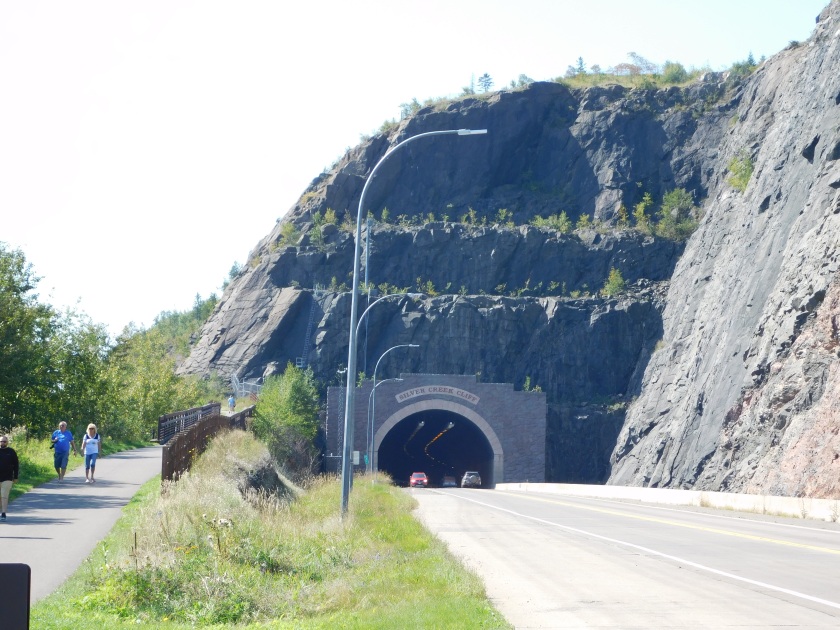 This is the Split Rock Lighthouse, which sits on a cliff overlooking the lake: 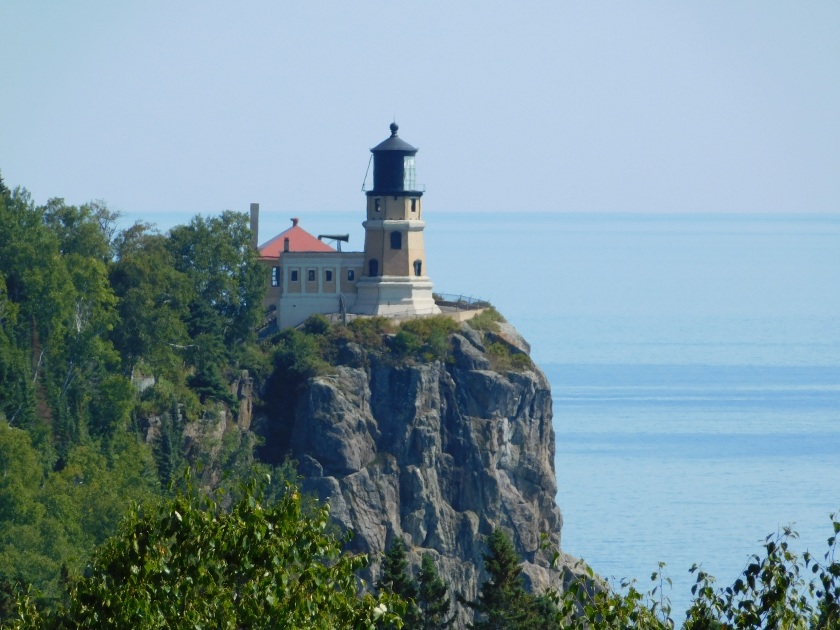 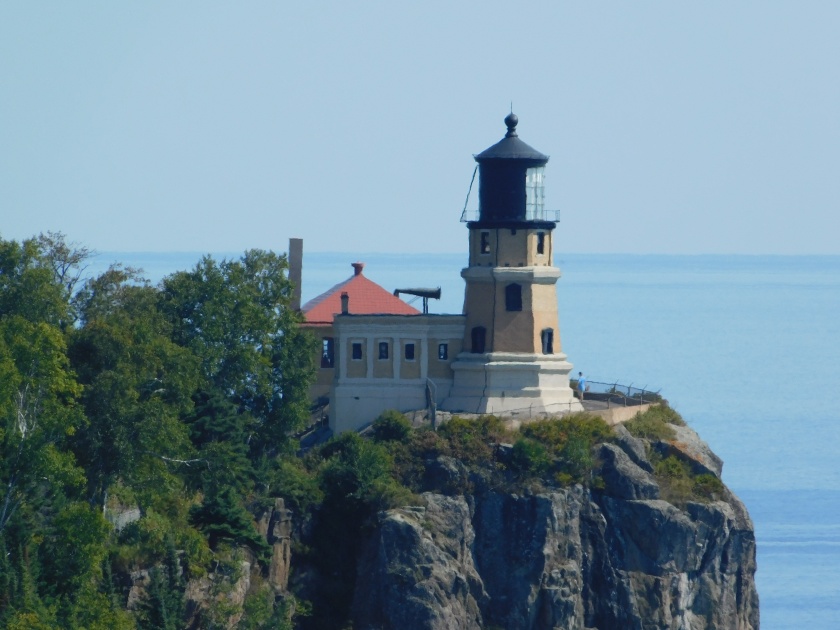 This is a marina further north, I don’t remember exactly where: 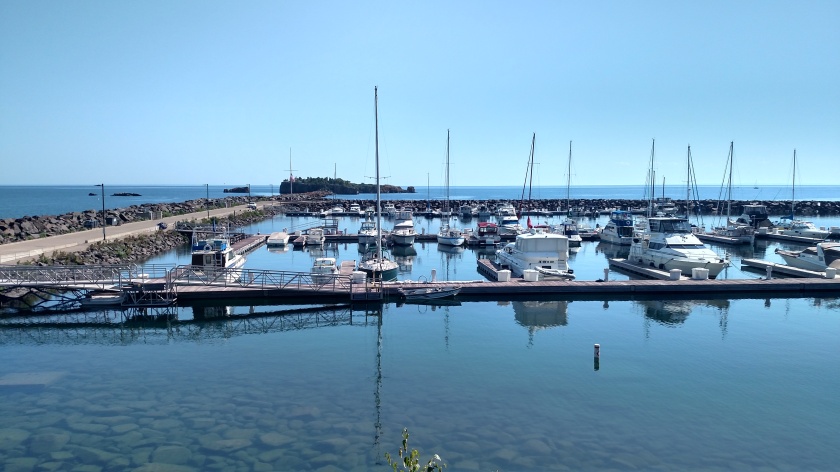 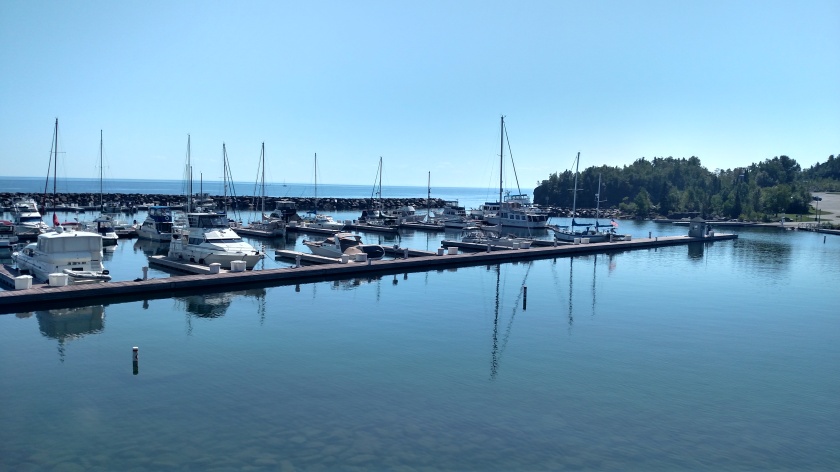 This is something which almost got me in trouble the last time I was here.  I was intrigued by the sign but couldn’t figure out exactly what it was directing me to.  There was a house a little further up the road but no sign on it indicating it was a museum or gift shop, and there was no one home.  I did find a small driveway opposite the sign coming from the other direction.  It was initially paved, quickly changed to dirt and then became just two tire tracks in the grass – all leading down towards the lake.  When I got pretty far down the hill all I could see was a cabin right next to the shore with no vehicles and no sign that anyone was there.  It was all I could do to get the car turned around and get back up the hill to the main road (I was afraid I was going to have to call AAA to perform what would have been my first “extraction”).  I got out safely but still don’t know exactly what this sign signifies. 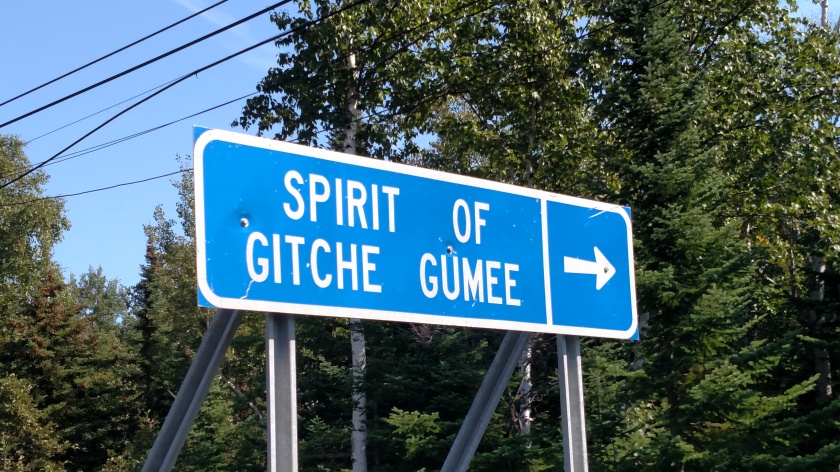 And this is in Grand Marais, near the northern end of the road.  The road continues on state land for a while longer, then crosses onto the Grand Portage Indian Reservation where it ultimately ends just past the town of Grand Portage (the road doesn’t actually end there, it crosses over into Canada).

Wednesday I plan to spend most of the day near downtown Duluth.