My reward for driving all the way to the end of the 14-mile one-way road in the North Unit of Theodore Roosevelt National Park on Saturday was that that’s where the bison were.  Right where the road met the parking lot there several bison had meandered over right next to the road while others remained out in the field behind them.  After turning around I waited a short while, then drove around a few cars which had stopped to take pictures.  I took these from the relative comfort and safety of my car as I drove slowly around the other cars and stopped briefly to snap each shot. 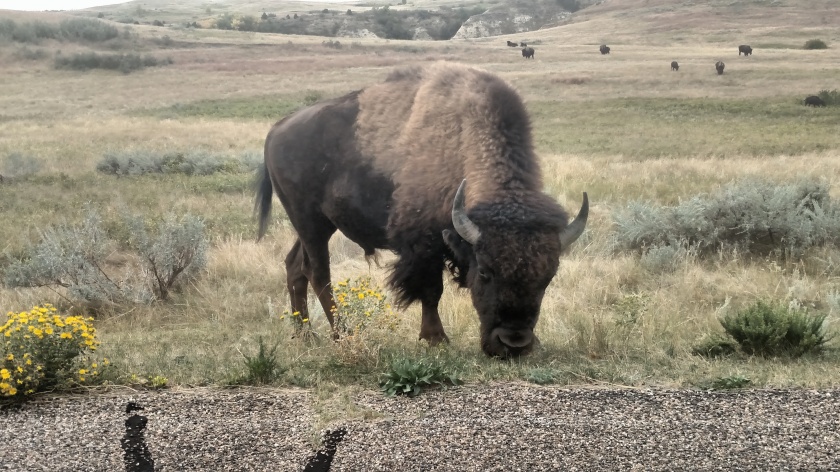