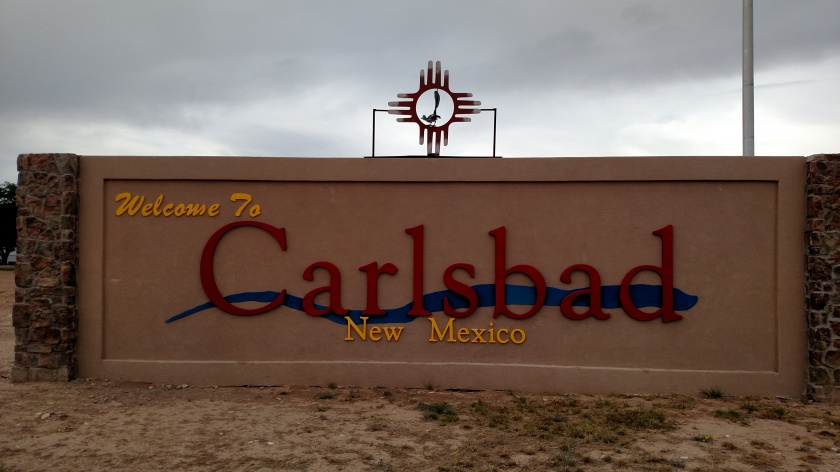 This post contains photos I took the day I was there.  While I took well over 200 pictures I was extremely disappointed to discover that most of them are not blog-worthy.  In fact, they are terrible!  While the formations I was photographing were clear on my smartphone’s screen evidently a combination of low-light and the slightest movement of the camera as I triggered the shutter was just enough to result in about 200 blurry pictures.  Here are a few that came out reasonably well.  As I mentioned in Post 1, I am so glad that I took lots of time to go through the Cavern and that I periodically put my camera away and just looked at my surroundings.  At least now when I look at my blurry photos I am at least reminded of the things I saw with my own eyes which my mind can recall more clearly.

Post 1 of 2 (above) will explain a little bit about where I am and exactly what you are seeing. 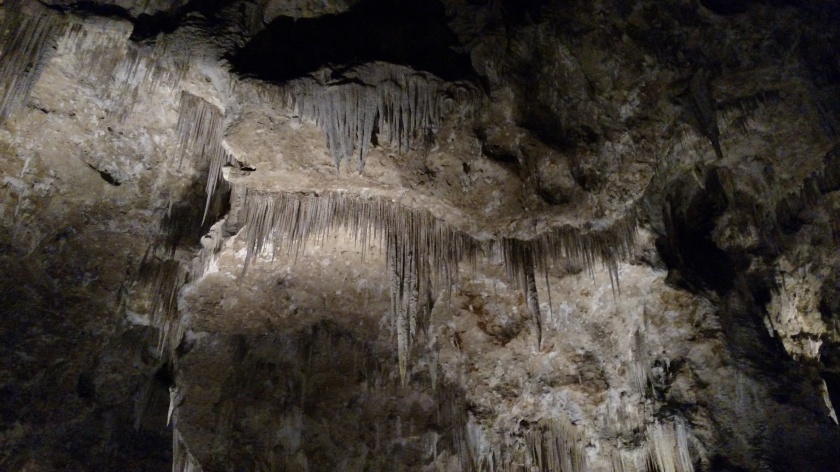 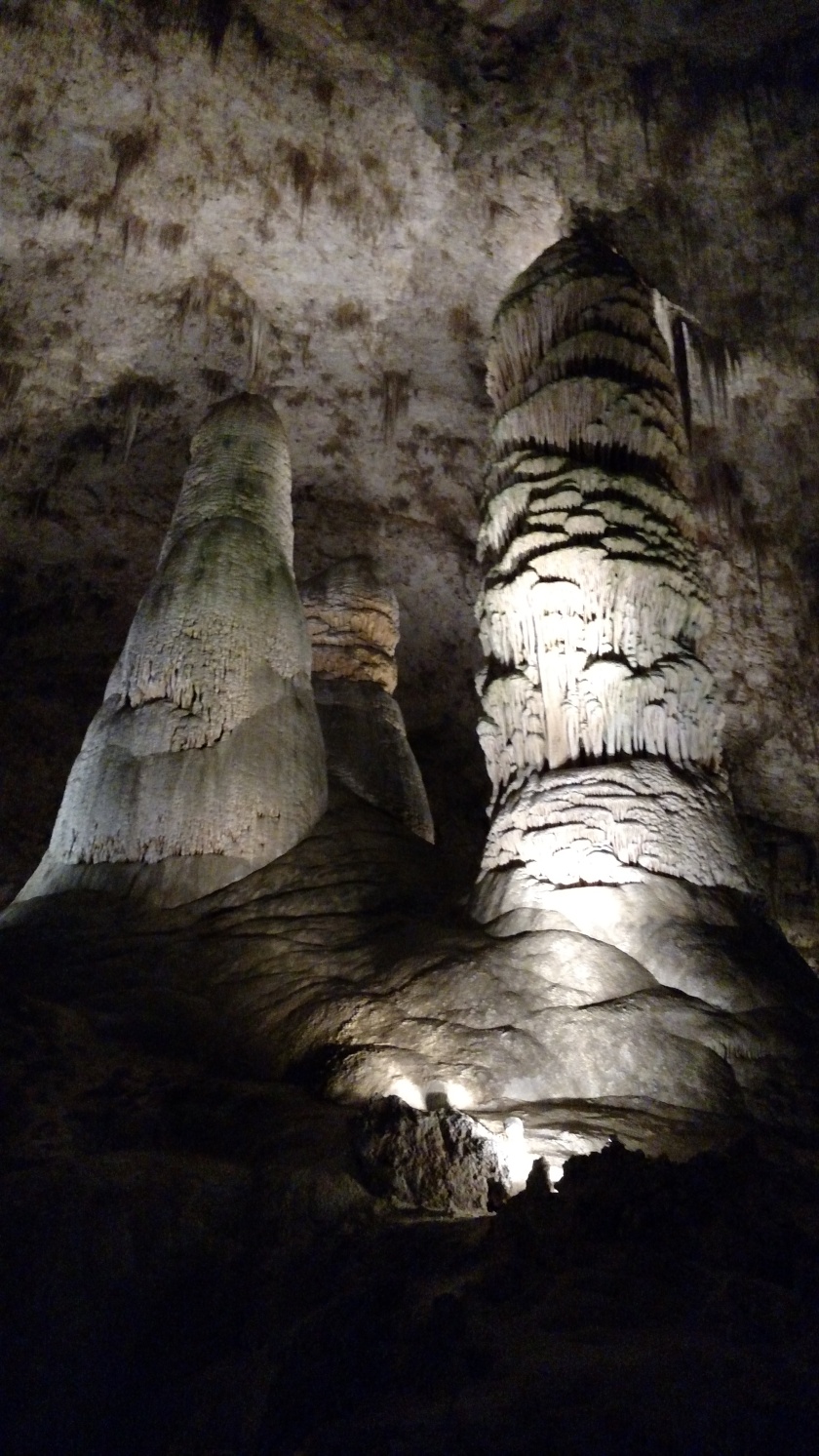 In the photo above, the formation on the right, named Giant Dome, is what’s known as a column.  The formations on the left, named Twin Domes, are stalagmites (pronounced sta-LAG-mites).  A stalagmite is a generally cylindrical cone which rises from the floor of a cave.  A stalactite, on the other hand, is a similar shape which descends from the ceiling of a cave.  A column is formed if and when the two meet.  The way I was taught as a kid to tell the difference between a -mite and a -tite was that a stalactite (which hangs down) has to “hold on tight”. 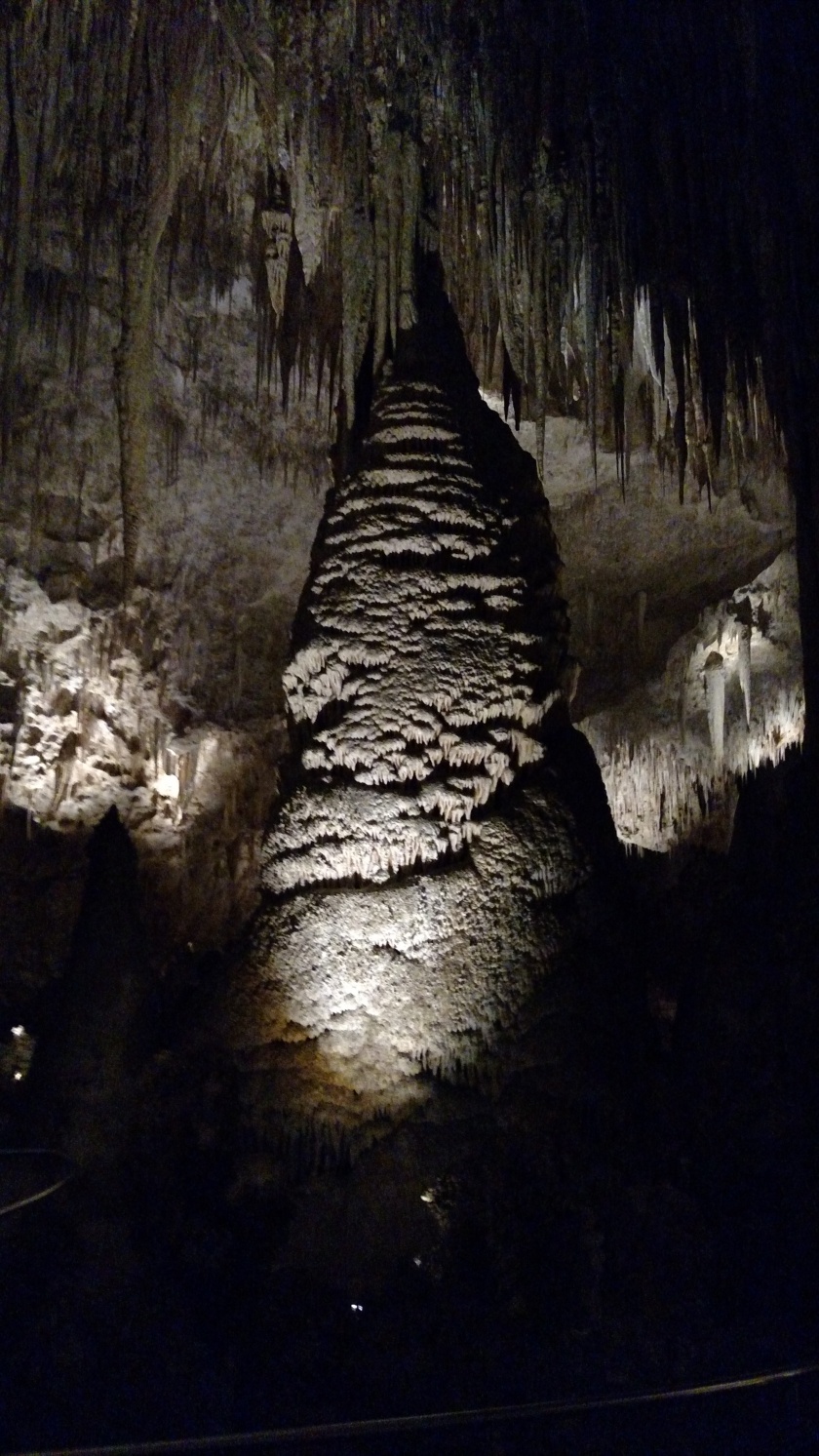 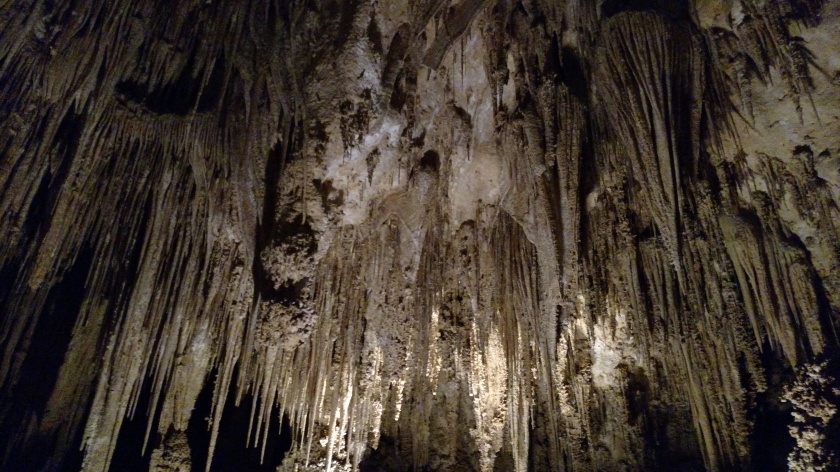 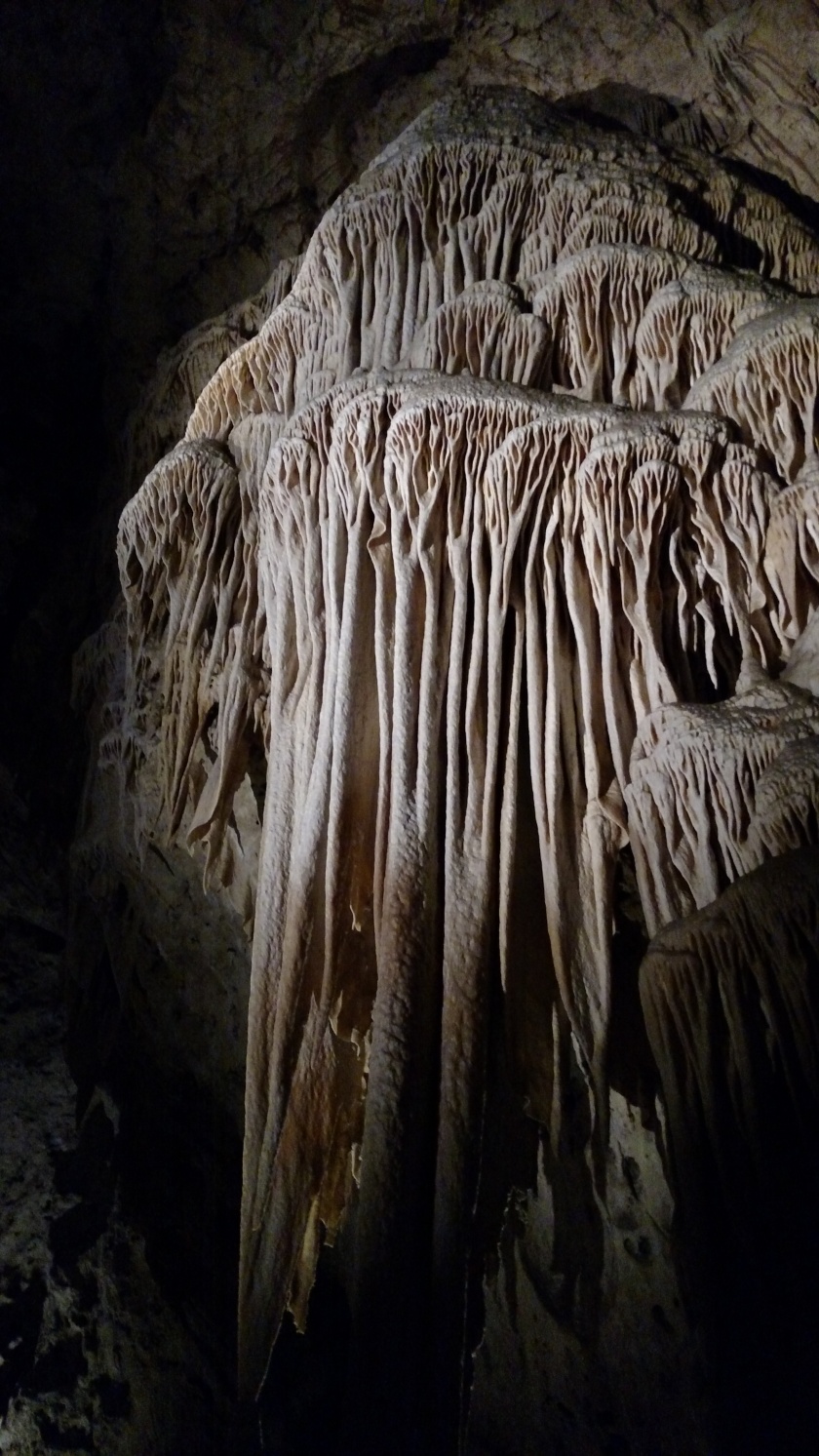 Below is a pool of crystal clear water, one of several I saw: 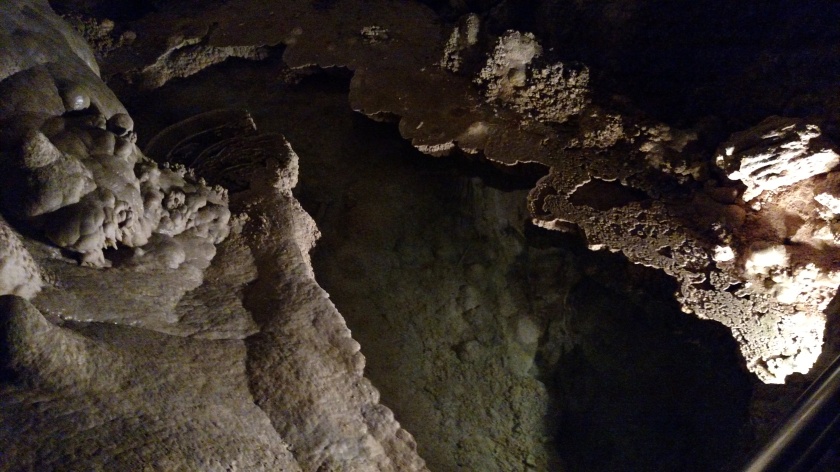 Here is a quote from the NPS website regarding Carlsbad Caverns:

“Photos can never fully capture the grandeur of the Big Room, it’s a place you need to see to believe!”

Amen to that!!  Everything that Roswell wasn’t was more than made up for by the magnificence of Carlsbad Caverns.   I highly recommend a visit in person.