Today was another travel day, even longer than the day before.  After my one night stopover in Lubbock I set out for my next stay, 3 nights in Oklahoma City, Oklahoma.  MapQuest said it could be a trip of about 6 hours covering 380 miles but I took more of a zig-zag route, largely on slower, scenic roads, and I put a total of 605 miles on the car for the day.

Oklahoma City is pretty much right in the middle of the state (if you don’t include the panhandle):

I embarked from Lubbock, in the lower left hand corner of the photo above – about where the word Copyright is.  I drove east and then north on a series of scenic roads which were already on my itinerary but were also recommended by my Airbnb host in Lubbock.  I picked up Interstate 40 east of Amarillo, TX and drove east as far as Elk City, OK (on the map above).

I stopped briefly at the National Route 66 Museum in Elk City, then drove south on scenic roads towards Altus and east towards Lawton.  Before I got to Lawton I drive through a National Wildlife Reserve and saw these characters: 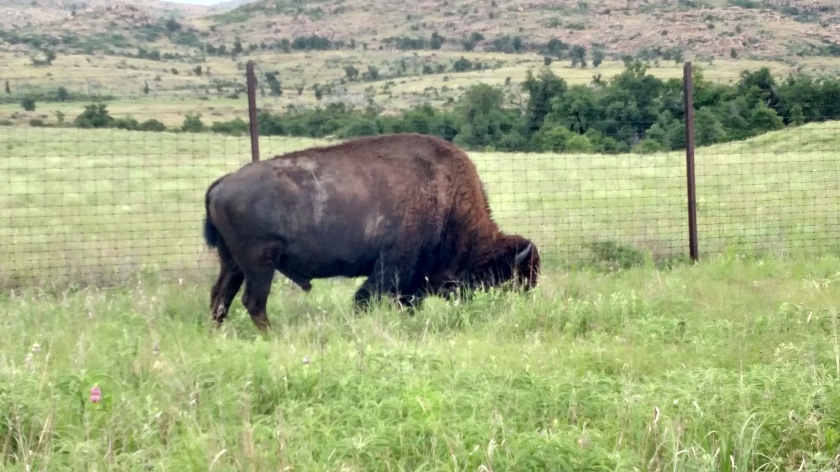 Turns out that wouldn’t be the only warning sign I’d see.  Shortly after exiting the Wildlife Reserve and before getting to Lawton I passed by Fort Sill military base.  A friend back home in Durham had warned me I might see a sign like this: 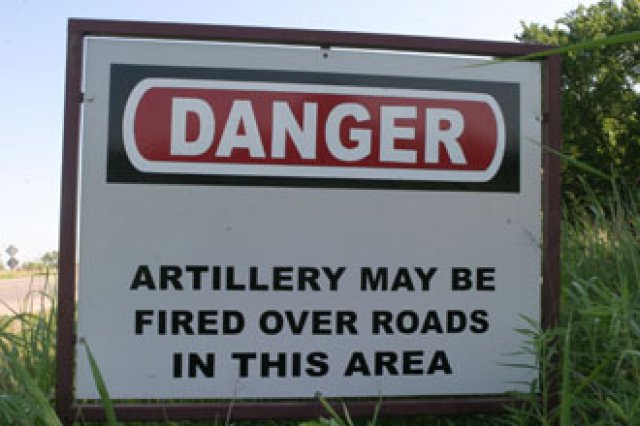 I didn’t stop to take a picture of the actual sign I saw but I did take the proactive step of closing my sunroof!

When I got to Lawton I headed north again on more small roads and approached Oklahoma City near where I’d be staying at an Airbnb on the southwest side of town.

I’m going to skip ahead to something I did the next day.  Among the many things I did while in Oklahoma City was visit the Oklahoma City Museum of Art downtown.  There was a large Dale Chihuly exhibit there (apparently part of their permanent collection as it is still there).  I have posted pictures of Mr. Chihuly’s work before but do want to post just a few here:

This is the Eleanor Blake Kirkpatrick Memorial Tower, located in the atrium inside the museum entrance.  It rises 55 feet, contains 2,100 pieces of glass, weighs 10 tons and is lit up at night: 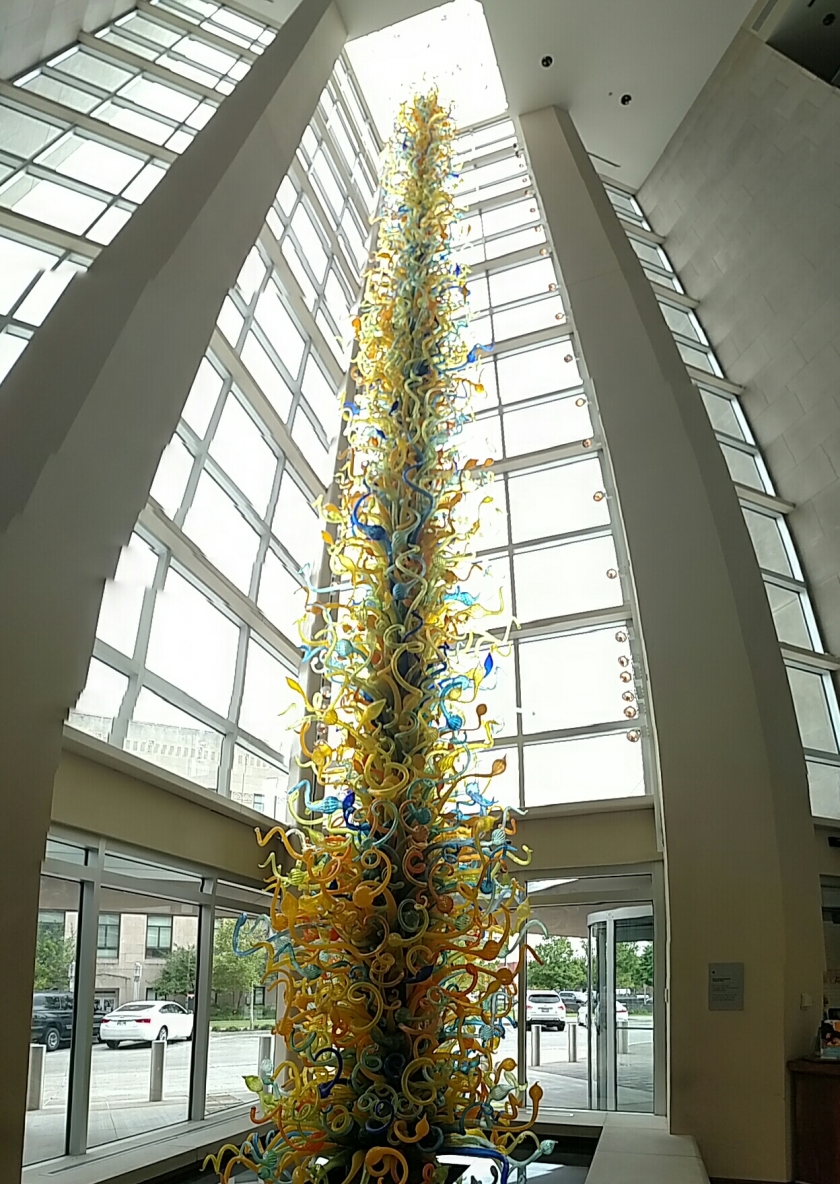 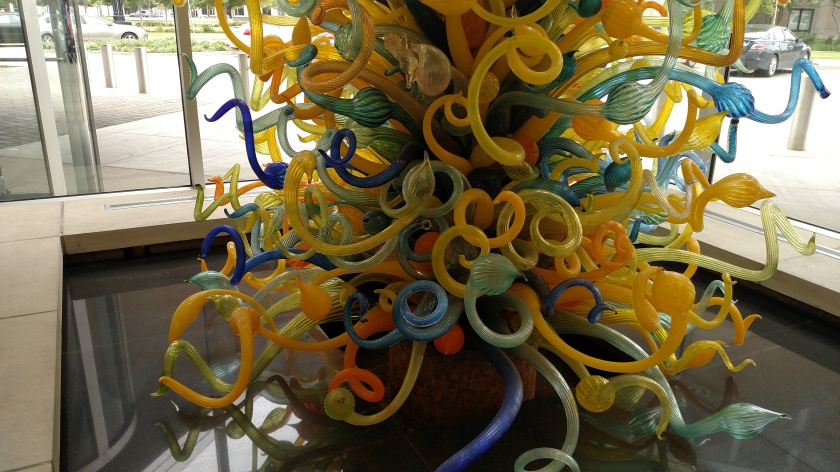 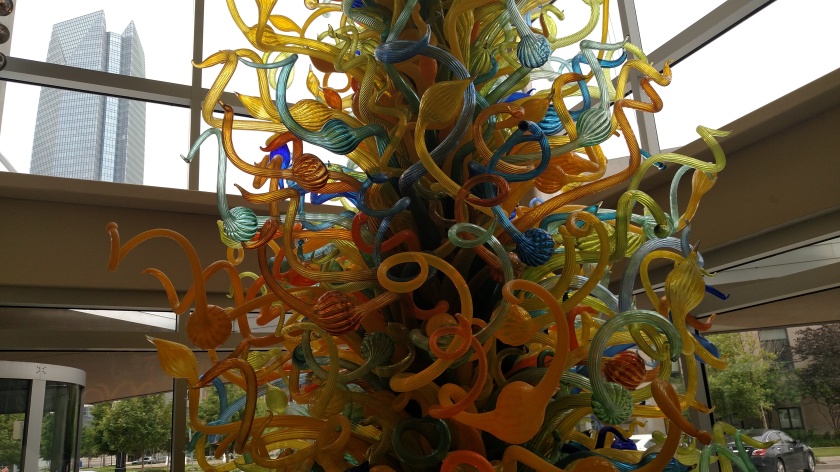 And here are two other works, a little different from what I have posted previously:

The photo above is of a chandelier, photographed from the balcony on the next floor.

And finally a shot of a modern building downtown, taken from the rooftop patio at the museum. 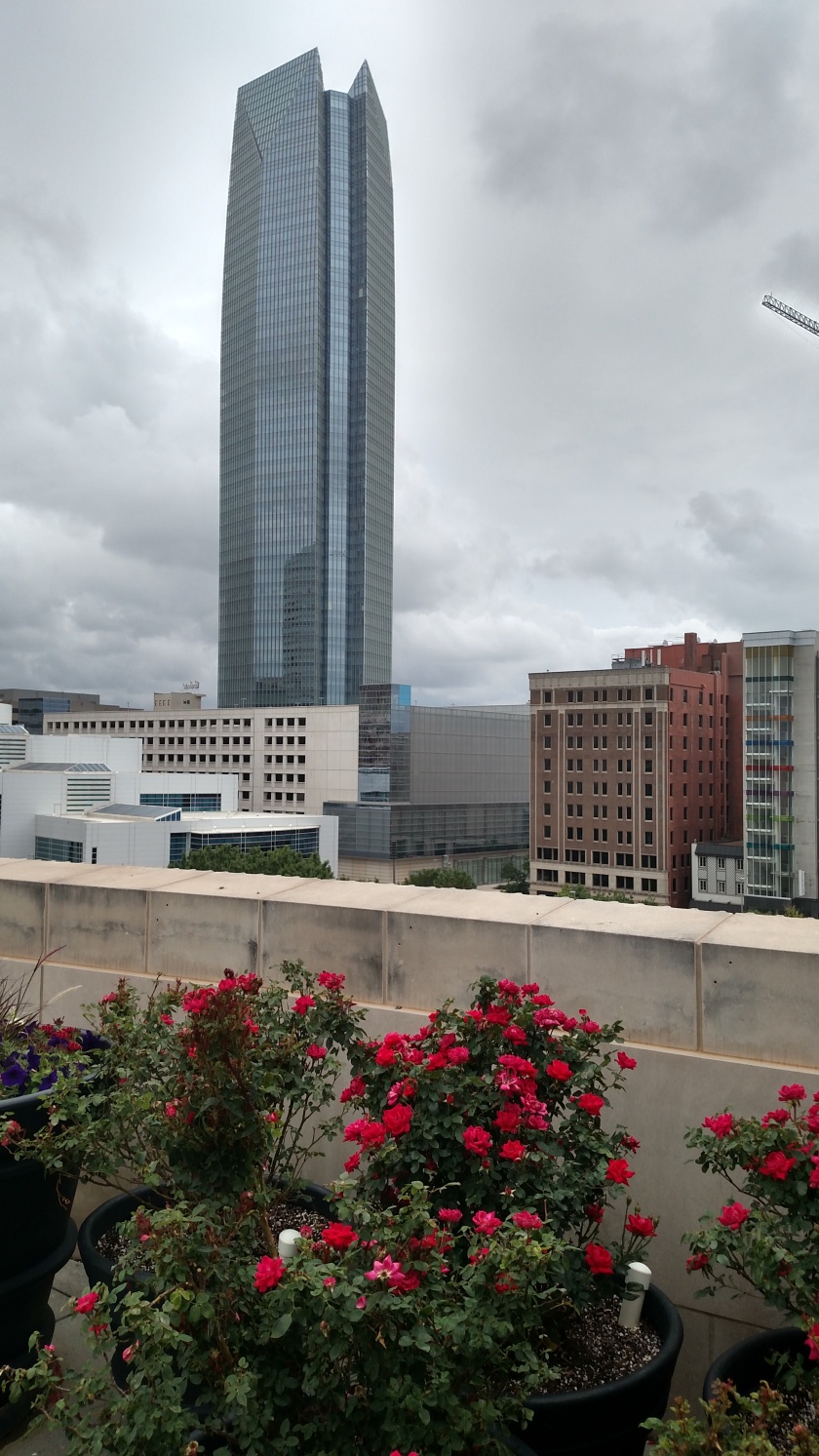 One thought on “Lubbock, Texas to OKC, Oklahoma”