Since my posts up to this point have been primarily from trips I have taken west of the Mississippi River I thought I’d continue that theme and go back in time to a one-week adventure to the San Diego area in 2014.  One of my brother’s let me use a week at a timeshare property and I chose one in Escondido, California, about a half hour northeast of San Diego.  I flew out on a Sunday, rented a car and bought a digital camera – nothing flashy, just a cheap, flat model about the size of a credit card (only thicker). This trip was pre-blog and pre-smartphone (I was still using a flip-phone!).

I had something I wanted to do up in Long Beach, which is about 2 hours northwest of San Diego, and I figured since my body was still on east coast time and I’d be up in the wee hours of the morning that I’d take advantage of the darkness to drive up to Long Beach and be there when the sun came up.  I was able to travel on main highways which had a fair amount of traffic but I’d be up there early enough to avoid the worst part of rush hour. 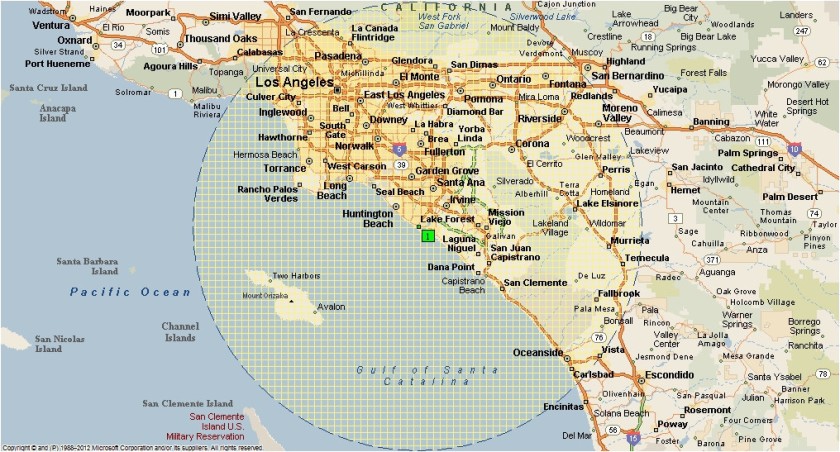 Escondido, where I was staying, is in the lower right part of the photo above and Long Beach is slightly above and to the left of the green square in the center.  I drove west to Oceanside, then northwest on a series of highways to Long Beach.

I found a spot out between the ocean and Long Beach Harbor and arrived just as it was starting to get light out.

On the left side of the photo above you can see the red and black smokestacks of the Queen Mary, a British luxury liner which is now a hotel, permanently docked in Long Beach Harbor.  The dome on the right of the photo used to house the “Spruce Goose,” a huge wooden airplane designed and flown by reclusive billionaire Howard Hughes.  That airplane has since been moved to a museum in McMinnville, Oregon (use the calendar grid on the homepage to see my post dated August 6, 2017 or search for “Spruce Goose”).  The dome is now a cruise ship terminal. 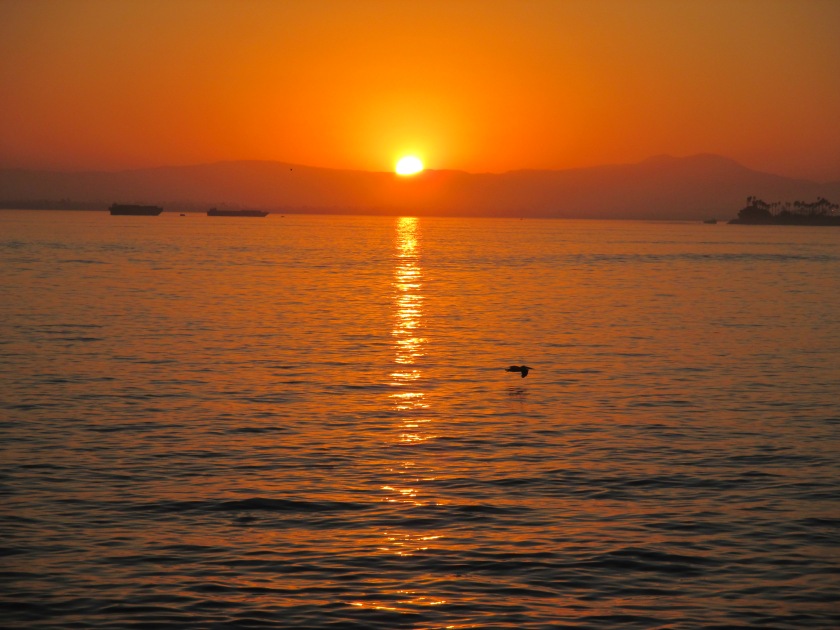 I stayed in the area until sunrise, determined that the place I actually came up to Long Beach to see wasn’t open on Mondays (surprise!), and drove back south towards San Diego, this time taking smaller, coastal roads – part of the Pacific Coast Highway.

I made a stop in San Juan Capistrano but will talk about that in a separate post.

When I got back down to Escondido I decided to drive up into the mountains northeast of where I was staying to visit Palomar Observatory.  I could see one of the huge white domes on top of the mountain as my flight was approaching San Diego. 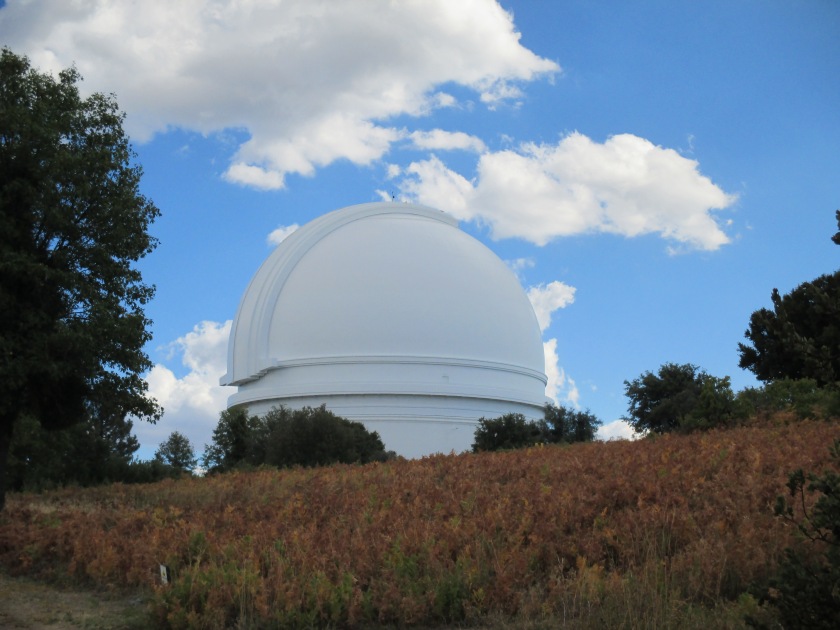 Inside that dome is a reflecting telescope with a 200-inch mirror, the largest of several at this facility and one of the largest in the world.  It is an “optical” telescope in that scientists and astronomers see what it is pointing at, but it has no lenses. 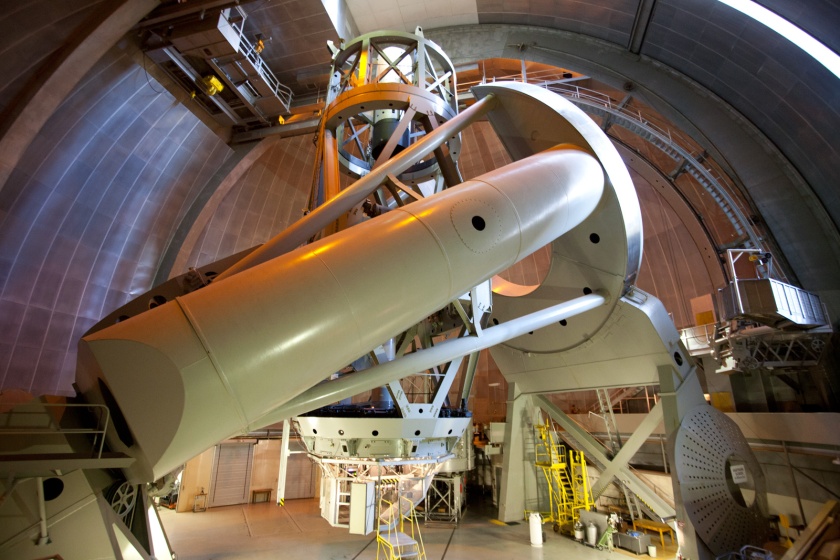 Palomar Observatory sits at approximately 5,600 feet above sea level.  It is only about 30 miles northeast of Escondido but it took over an hour to get there driving up the mountain roads.