Once I passed the Cap Rouge lookoff (see “West side” post below) the road turns away from the water and climbs up into the mountains.  The first one, French Mountain, is a little less than 1,500 feet tall.  Once up there I crossed both French Mountain and MacKenzie Mountain on my way up to where The Cabot Trail crosses the top of Cape Breton Island from west to east.

The scenery was heavily wooded, not unlike driving in the mountains of western Virginia or Colorado.  Here are a mix of photos taken Monday and Wednesday.  Because of the dynamics of moist air coming from over the water and climbing the mountains it was fairly heavily overcast all three days I was up there. 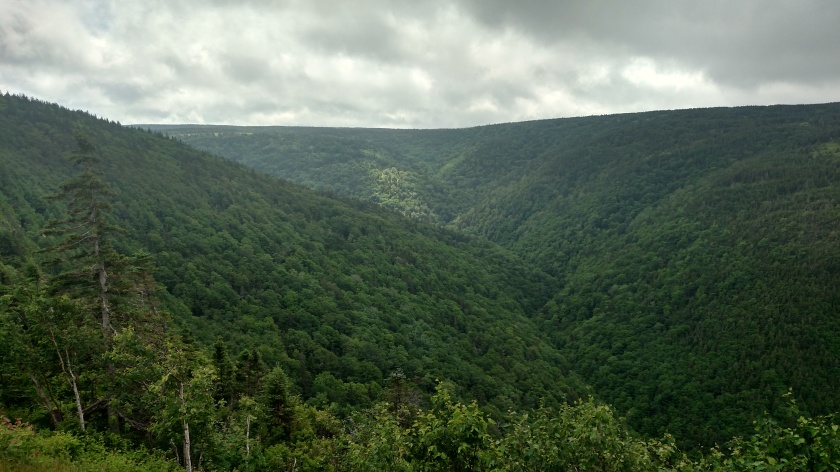 The photo below is northwest from a lookoff area towards the Gulf of St. Lawrence.  Hard to see but yes, the water is out there! (It’s also in the two photos prior to this one).

And this is looking east, down into the MacKenzie River valley. 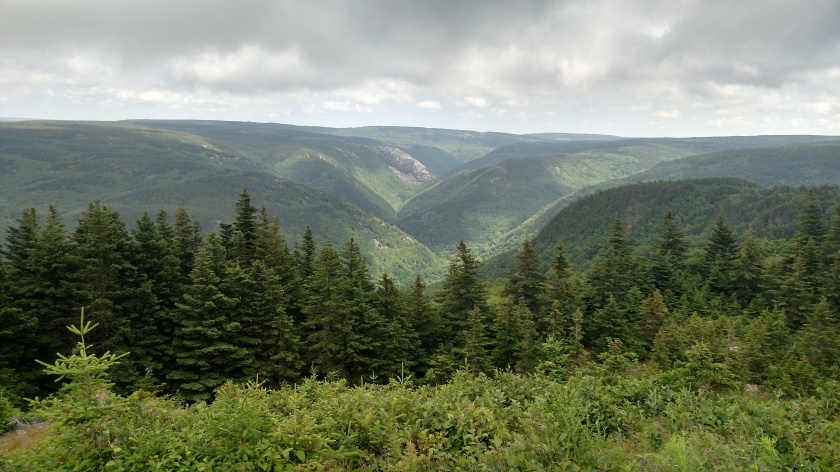 As I got up to where the road would start turning east I could start to see Pleasant Bay.  This is looking northeast.

The road then started to descend down a series of switchbacks to near water level and I could see the town of Pleasant Bay below. 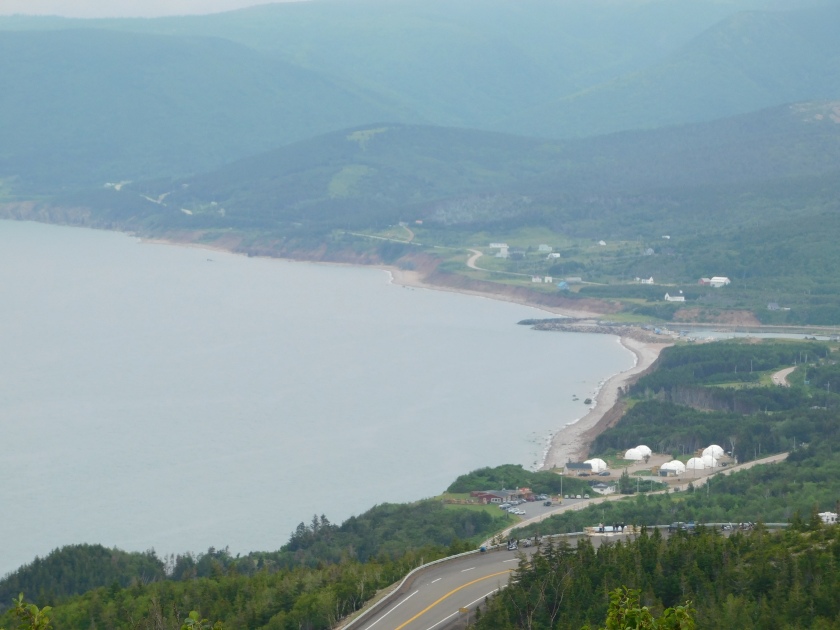 The large white structures you see are big yurt-like buildings. 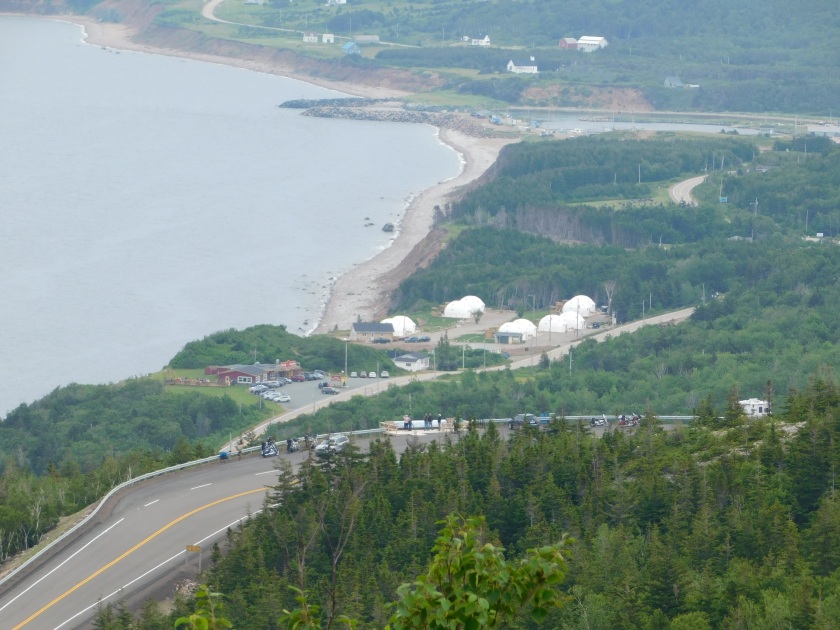 The Cabot Trail continued east, going in and out of the Park at various points until I reached the East side of the island(see earlier post below).  In areas outside the Park there were lots of small restaurants, gift shops, motels and the like.

On Tuesday I did what felt like “off-roading” up to the fishing town of Meat Cove, the furthest point north one may drive in Nova Scotia.  It was an interesting trip and I will make a separate post about it.