I know I am a little behind again with my posts but I want to share yet another amusing JohnBoy story which happened this morning shortly after I got on the road.  I was driving east on TCH-1 and saw what looked like would make a nice photo in a lake just to the right of the road.  There was already a car parked where I pulled off the road (and I already had my Safety Sam vest on) and there were two people standing on the safe side of the guardrail with a camera on a tripod.

As I walked over the man was telling the young woman with him where to stand down next to the water.  He was going to get a tight shot of her with their camera and said it was ok for me to walk back the road a little ways to take a photo of what I had seen with my smartphone. 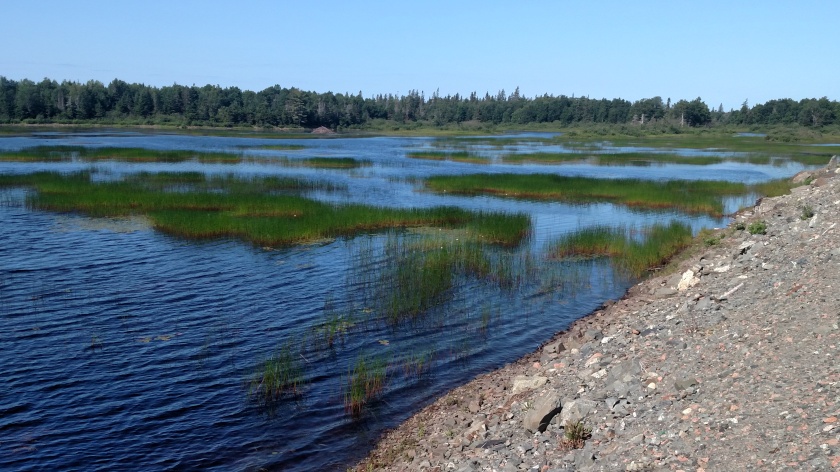 I doesn’t look quite as interesting now as it did this morning.  Actually, the better angle was looking into the sun and I know those photos get washed out on my smartphone.

Anyway, I walk back to the guy and when they take a break I ask him where they’re from.  He replied “Ottawa, Russia”.  Out of habit I immediately said “Welcome to America” and as I was realizing my error he said “Canada”.  I said “Yes, of course.  I live in the US and always use that line when traveling in our country and have only been in Canada a little over 2 weeks…”

Sometimes I can be such an idiot.  I can hear my friends out there saying “Sometimes???”

But wait, it gets funnier.  After they reviewed the photos he just took I said “I didn’t know there was an Ottawa in Russia”.  “No” he said, he pointed to himself and said “Ottawa” and to her and said “Russia”.  Oh, I get it now…

One thought on “So where are y’all from?”